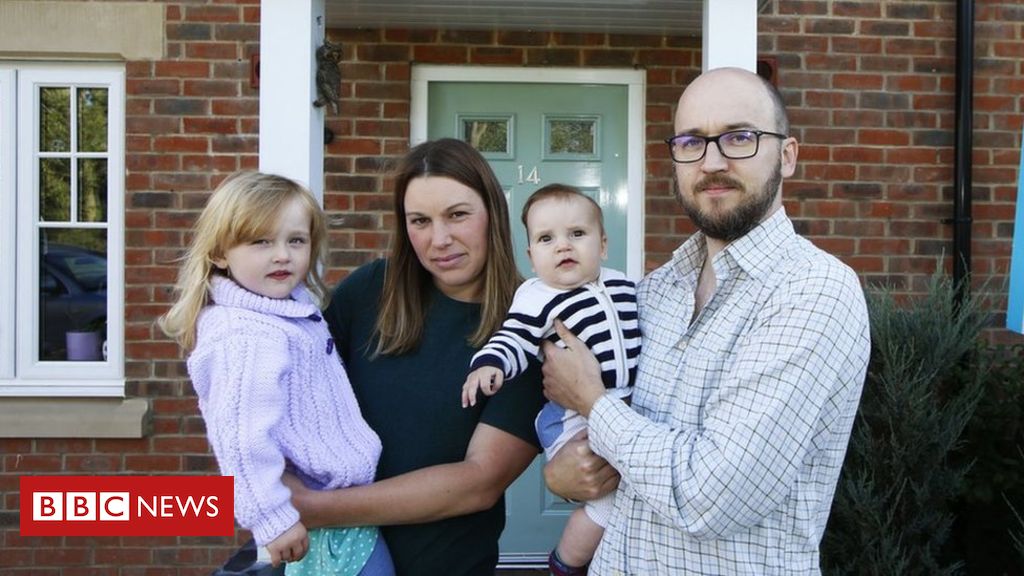 “To be honest we were absolutely devastated by it. You would never buy a house without being able to sell it again”.

Jen Tweedle is talking about the moment she and her fiancé Peter realised why their house sale fell through over the summer.

Their buyers couldn’t get a mortgage after discovering Jen and Peter’s new-build, freehold property was subject to an estate rentcharge.

Peter said: “We lost the sale and our dream house… and that was very disappointing.”

What is an estate rentcharge?

An estate rentcharge is imposed when private developers build housing estates that the local authority won’t “adopt”, meaning councils won’t pay for the upkeep of public spaces or roads on that estate, or pay for things such as street lighting.

When that’s the case developers – or once any building works are finished, residential management companies – establish the charge to pay those bills.

But some residents have criticised this process, saying they have very little control over the charges and that there’s not enough transparency about exactly what they’re paying for.

In addition to this, crucially, if homeowners fall 40 days behind on their payments, the law on estate rentcharges allows developers, or management companies, to take possession of a property to ensure they get the money they’re owed.

Although this is extremely rare, the fact that the legal right exists can put potential buyers off and leave mortgage providers unwilling to lend on properties subject to rentcharges.

However, the Home Builders Federation says rentcharges are the fairest way to make sure communal areas are paid for and maintained.

In Peter and Jen’s case, their potential buyers couldn’t get a mortgage agreed because the home was subject to an estate rentcharge.

“We bought our house [in Oxfordshire] back in July 2016 and we were informed by the estate agent there’d be a service charge which, coming from London, we weren’t worried about,” Peter says.

“Basically we weren’t told by our solicitor or by our estate agents what an estate rentcharge actually meant in terms of the law”, Jen adds.

She’s also unhappy at how they were treated by the developers, their solicitors and estate agent, and how they didn’t even find out their rentcharge might be a problem until they tried to sell.

“The sudden surprise of it all, the fact that the term ‘your house is unsellable’ was thrown at us… you would never buy a house to not be able to sell it again.”

For now, Peter and Jen have taken their home off the market and will look again in the new year.

“We have to be resigned to the fact that this problem may reappear.

“Probably about £2,500 has already been paid out and we still need to pay solicitors another £1,500 hoping they will be able to sell our house, we don’t know.

“Maybe our house is unsellable.”

Beth Rudolph, a director of the Conveyancing Association, says the failure of house sales due to estate rentcharges is becoming more common.

“Just yesterday a developer refused to vary the terms of a rentcharge that the lender had confirmed was not acceptable to them because of the risks to themselves and the borrower,” she says.

“We need the government to intervene to change the law so that someone cannot effectively lose thousands of pounds because they forgot to pay a £6 rentcharge.

“We would absolutely expect that any rentcharge owner should be able to recover arrears of payments in the normal debt collection way, but not to be able to grant a long lease or possess the property.”

Andrew Whitaker from the Home Builders Federation says because of cuts to local authority budgets many local councils just don’t have the money to adopt estates like they would have in the past.

“As part of a development we [developers] build places – not just homes. So things like parks, shared spaces, roads,” he says.

“In the past we used to hand all of this to the local authority and they’d maintain it in the future. Because of cuts and local authority budgets being strained they are less keen to do this.

“They still need maintaining and the fairest way to do this is to establish an estate rentcharge.”

You can hear more on BBC Radio 4’s Money Box programme on Saturday at 12pm or listen again here.