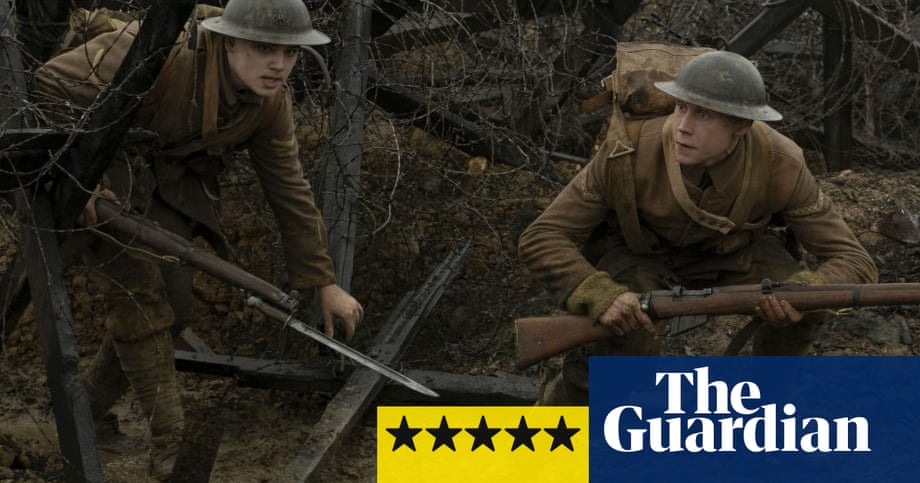 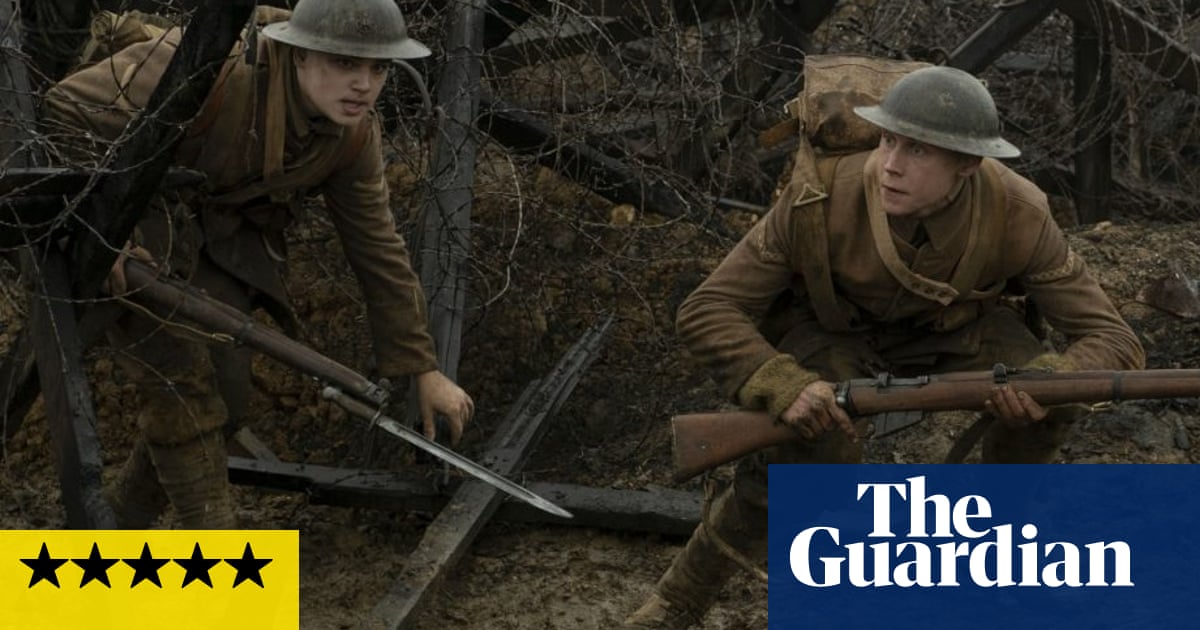 Sam Mendess 1917 is an amazingly audacious film; as exciting as a heist movie, disturbing as a sci-fi nightmare. Working with co-writer Krysty Wilson-Cairns, he has created a first world war drama of the Western Front and a terrible journey undertaken by two boys like a ghost train ride into a day-lit house of horror, periodically descending into night as if going underwater and then resurfacing into an alien world, bright with menace.

And its all filmed in one extraordinary single take by cinematographer Roger Deakins, a continuous fluid travelling shot (with digital edits sneaked in, evidently at those moments where we lose sight of them, or in moments of darkness or explosion but where exactly, I mostly couldnt tell) .

Mendes shows us what these soldiers see and sometimes wheels the camera around so we can see them seeing it: a gruelling odyssey whose trench scenes are perhaps intended to recall Kubricks Paths of Glory and later our stricken hero enunciates a panicky line in the midst of his terrified comrades that reminded me of something similar from Apocalypse Now: Wheres your commanding officer? (The single-take horror also reminded me of the TV director in that film, frantically telling the numbed grunts not to look at the camera. I wonder if this might have inspired Mendes?)

The situation is that Blake (Dean-Charles Chapman) and Schofield (George MacKay) are two Lance Corporals and messengers. These men, like the rest of their company, have been lulled into a false sense of security by what appears to have been a German retreat, and an imminent big push from the Allied forces to clinch victory.

But the gruff General (Colin Firth) tells them that aerial photo reconnaissance has disclosed that so far from having retreated, the Germans have simply withdrawn to a position where they are better defended, luring their enemy onward into a trap. Now another British division is about to advance into certain slaughter. Field telephone communication having been cut off, the only way to tell them to call off their attack is via messenger. And so these two shivering soldiers have to make their way across no mans land, across the abandoned German lines, through (supposedly) vacated German territory and as far as the advancing Allied troops.

Blake and Schofield travel through a post-apocalyptic landscape, a bad dream of broken tree stumps, mud lakes left by shell craters, dead bodies, rats. And then when they stumble into the German trenches, and discover how much better built they are, and how much better equipped, trained and led the Germans are and how much more likely to win.

But they must carry on, and Mendes and Deakins convey, along with these mens sense of futility and fear, the strange nausea and exhilaration that Blake and Schofield feel, the nihilist elation that comes with the moment-by-moment experience of survival, fiercely holding onto life with every eardrum-splitting sniper shot. But ahead of them lies chaos and loss.

The most extraordinary sequence comes when a German airman crash lands almost on top of Blake and Schofield and there is a moment of simple human compassion when the German staggers out of his blazing craft, dying and begging for water. Schofield runs to get him some from a rusty pump and behind his back behind the audiences backs the storys most fateful event occurs, off camera. Its a staggeringly bold bit of storytelling, and it comes off.