How to build a diverse board 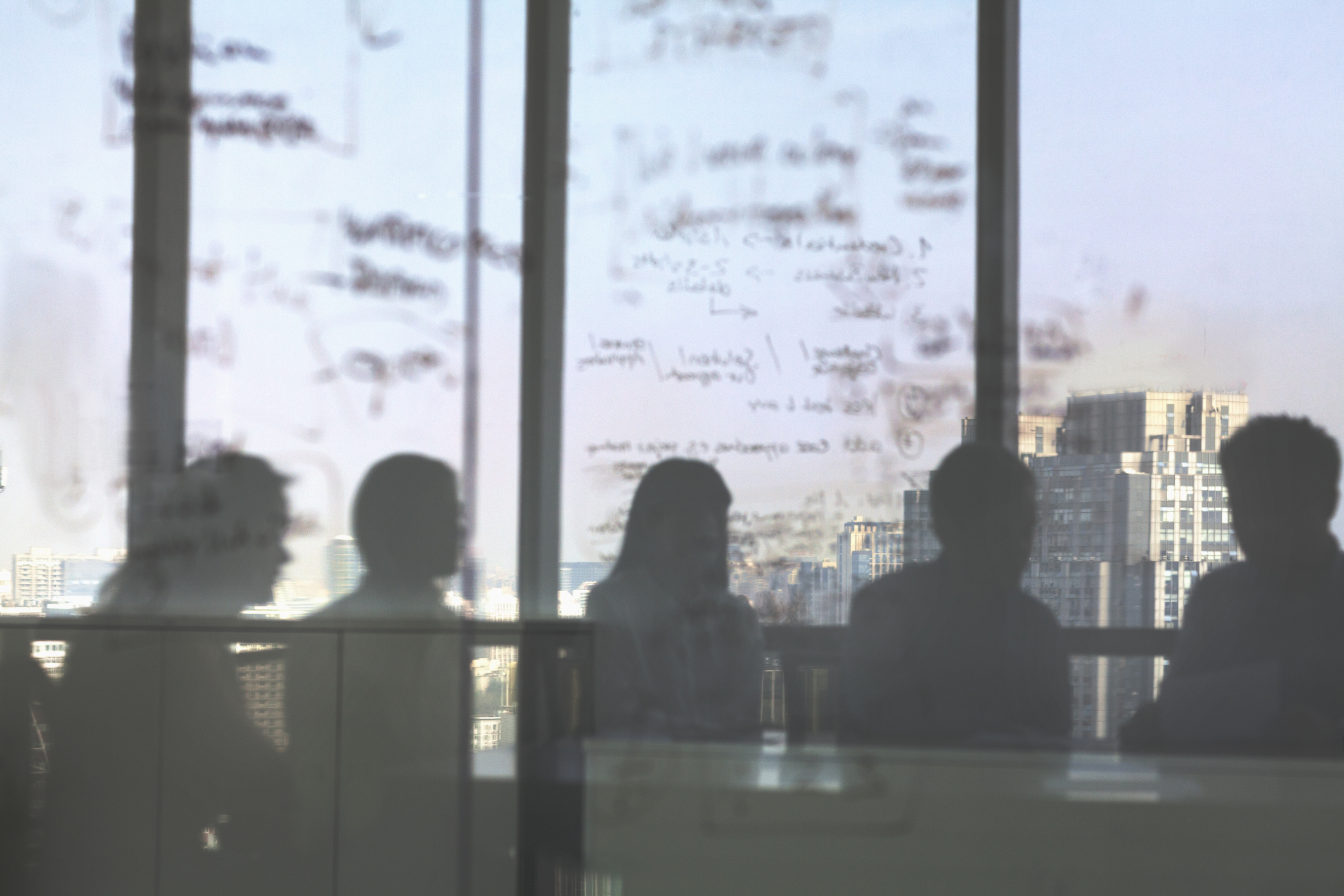 Ann Shepherd Contributor
Ann Shepherd is co-founder of social impact venture Him For Her. She serves on the board of fintech startup HoneyBook.

“It wasn’t something I was proud to share with the team,” he told us, as heads around the table nodded.

The other CEOs in the room got it. A board populated exclusively by men is at odds with efforts to promote diversity and inclusion throughout the organization. For too many CEOs, the composition of their boards can feel more like a liability than a strategic asset.

Board diversity offers an array of benefits, including new perspectives that can improve decision-making and reduce “groupthink,” access to a broader talent pool, and of course the symbolic power of women and minorities at the top rung of the corporate ladder. Yet, according to a collaborative study published today by Crunchbase, Kellogg School of Management and Him For Her, the boards of 60 percent of the most heavily funded venture-backed startups don’t include a single woman.

As the study shows, some of the gender imbalance can be explained by the dearth of women founders and funders. With investors composing the majority of private-company board seats, the paucity of female check-writers in the venture community carries through to the boardroom. But the problem goes beyond that. Only 19 percent of independent directors — those appointed without a prior operating or investing relationship with the company — are women.

Why should CEOs care about building boards that bring more women and minorities to the table? To answer this question, we sought input from three chief executives who’ve developed standout boards with an eye toward diversity.

What follows is a synthesis of the advice they shared.

View your board as a strategic asset

Well-functioning boards help CEOs see the bigger picture by providing an external perspective. For Stephane Kasriel, CEO of Upwork, “our board has been the most useful in discovering blind spots, by asking questions that force us to think outside of our day-to-day way of looking at things.” Ripple CEO Brad Garlinghouse says his board brings “a satellite view of the world so that we can analyze global macro trends that may converge or diverge, affecting Ripple’s future.”

For early-stage startups, board members can help address tactical needs, providing introductions to candidates or lending functional expertise to shape strategy. “Over time, you’ll rely on the board for flexing its fiduciary muscle,” according to Zander Lurie, CEO of SurveyMonkey. But “don’t be afraid of governance,” he advises. “A strong board is not your enemy — it’s there to help you thrive.” The bigger risk, he warns, “is in surrounding yourself with a bunch of ‘yes’ directors who heed your commands; that has proven to be a flawed strategy for all stakeholders.”

Build a board that makes you proud

If the most valuable contributions a board can make are to provoke thinking and see around corners, then having a range of voices in the boardroom is critical. For Kasriel, more diversity “means more viewpoints on the same problems. The whole point of having an eight-person board is to have eight very different and complementary — though sometimes conflicting, and that’s OK — perspectives.”

“It’s important to have diversity of thought to protect the company from groupthink,” adds Garlinghouse. “Also, diverse boards bring different personal networks to bear… as companies scale, especially for startups, the most effective, impactful boards are diverse ones.”

A broader set of skills, life experiences and ways of thinking give CEOs more resources to draw from for assistance. Says Lurie, “a diverse set of perspectives and experiences will help you anticipate and respond to all kinds of challenges in your organization.

Make sure your board has the skill sets and diversity attributes that make you proud to show your employees and customers. You wouldn’t make a TV commercial starring only seven white guys; make sure you exercise the same duty of care when creating your board.”

This isn’t about optics. Lurie points to “one study [that] found that companies with one or more women on their board have 26 percent better share performance than companies with all-male boards. That’s part of why I’m so proud the SurveyMonkey board is comprised of 50% women and 50% men. More voices lead to better leadership.”

Reach outside your network

You’ve heard the argument that board diversity reflects a pipeline problem. Actually, it’s a marketplace problem. There is no shortage of exceptionally-qualified female and minority candidates. The real issue is that within the personal networks responsible for appointing most directors, these candidates are often simply invisible. So how can CEOs tap into this wealth of talent?

“Plenty of us suffer from affinity bias,” Lurie acknowledges. “We unconsciously gravitate toward people who look like us, share the same work background, or maybe went to our alma mater. This homogenous network isn’t going to serve you in building a diverse board, a diverse leadership team, or a diverse organization. Start going out of your way to connect with people who are dissimilar to you.

Find events to attend that wouldn’t normally be on your radar. Ask people you know to connect you with folks they know who might add a unique perspective. Investing in diversity takes effort in the beginning, but it’s well worth it for the gains you’ll see in performance, employee engagement, and more.”

“It’s not really different from any other executive search,” observes Kasriel. “If you’re just leveraging your personal network, then it’s likely to have the same level of diversity as everything else in your personal life which, for many entrepreneurs, isn’t a lot. I’ve also found that simple InMail via LinkedIn works quite well: find someone you really admire, approach them directly, explain to them why you think they could be an amazing addition to your board and why being on your board could be interesting to them.”

Garlinghouse cautions CEOs that, “building diverse boards and leadership teams take time and intention, so make it part of your mission from the beginning — it should not be an afterthought… otherwise, those with the ‘right’ experience who get the big jobs will continue to look the same.”

According to Garlinghouse, “CEOs should always be recruiting…it’s always the right time to take that coffee meeting.”

Kasriel concurs. “Recruiting is the number-two priority for a CEO — number one is, don’t run out of money — and this includes recruiting your board. A great board can have an outsized impact in your ability to succeed, helping you navigate difficult decisions, making sure you have the right strategy and helping you attract great executives, investors, partners and customers.”

Focus on competencies, not titles

When it comes to defining the ideal new board member, traditional wisdom says to look for a current or former CEO. But increasingly today’s chief executives reject that advice which inherently favors male candidates. Instead they focus on adding key competencies to fill out the expertise in their boardrooms.

The first step is to assess your current board. “Take stock of where your board stands today and where you have gaps to fill,” counsels Lurie, “and draw a distinction between the titles listed on someone’s resume and the competencies they bring to the table.”

Kasiel explains that, in building out the Upwork board, “We were very thoughtful in finding people who brought a specific expertise.” Recently added directors were selected for their deep knowledge of finance and operations, enterprise sales and M&A and tech marketing.

“But equally importantly,” he adds, “we wanted board members who were passionate about the mission of Upwork — to create economic opportunities so people have better lives — and were aligned with our value of maximizing value for all stakeholders, not just our stockholders.”

Garlinghouse suggests that CEOs “pay attention to what’s happening in adjacent verticals, especially if you’re in a space that’s constantly evolving; the perfect director might not — and likely won’t — have a career dedicated to what your company does, but skills always transfer.”

“One potentially controversial tip,” offers Kasriel, “consider hiring ‘more junior’ board members. In tech, things move really fast and someone who has been a CMO for 20+ years may not know as much about recent marketing technology tools or marketing practices such as ABM and Inbound Marketing. The first 15 years of that 20-year experience may not be all that useful.”

When should a startup add its first independent director? According to these CEOs, it’s never too early.

The first independent director at Upwork joined the board about six years before the company’s IPO. “I don’t think it was too early,” recalls Kasriel. “In fact, I often advise early stage companies to add an independent board member as early as they can.”

“It’s never too early to have an independent director on the board,” agrees Garlinghouse at Ripple, where the first independent was appointed only a year after the company’s founding. “The advantage of having independent directors,” he points out, “is that CEOs can prioritize diversity of thought because they are not constrained by board seats controlled by shareholders… With independent directors, CEOs have more flexibility in choosing an expertise in a specific area or a unique experience that’s currently lacking to bring companies to the next stage of scale.”

To CEOs worried about upsetting board dynamics, Kasriel responds, “the whole point of adding a new director is to change board dynamics! Obviously, you can make a bad hire on the board, just like you can make a bad hire on your management team, so it’s very important to make sure that the new board member is not only chosen well but also onboarded professionally so they can contribute fully to the functioning of the board. The onboarding may require existing board members to also evolve how they themselves operate. It goes both ways.”