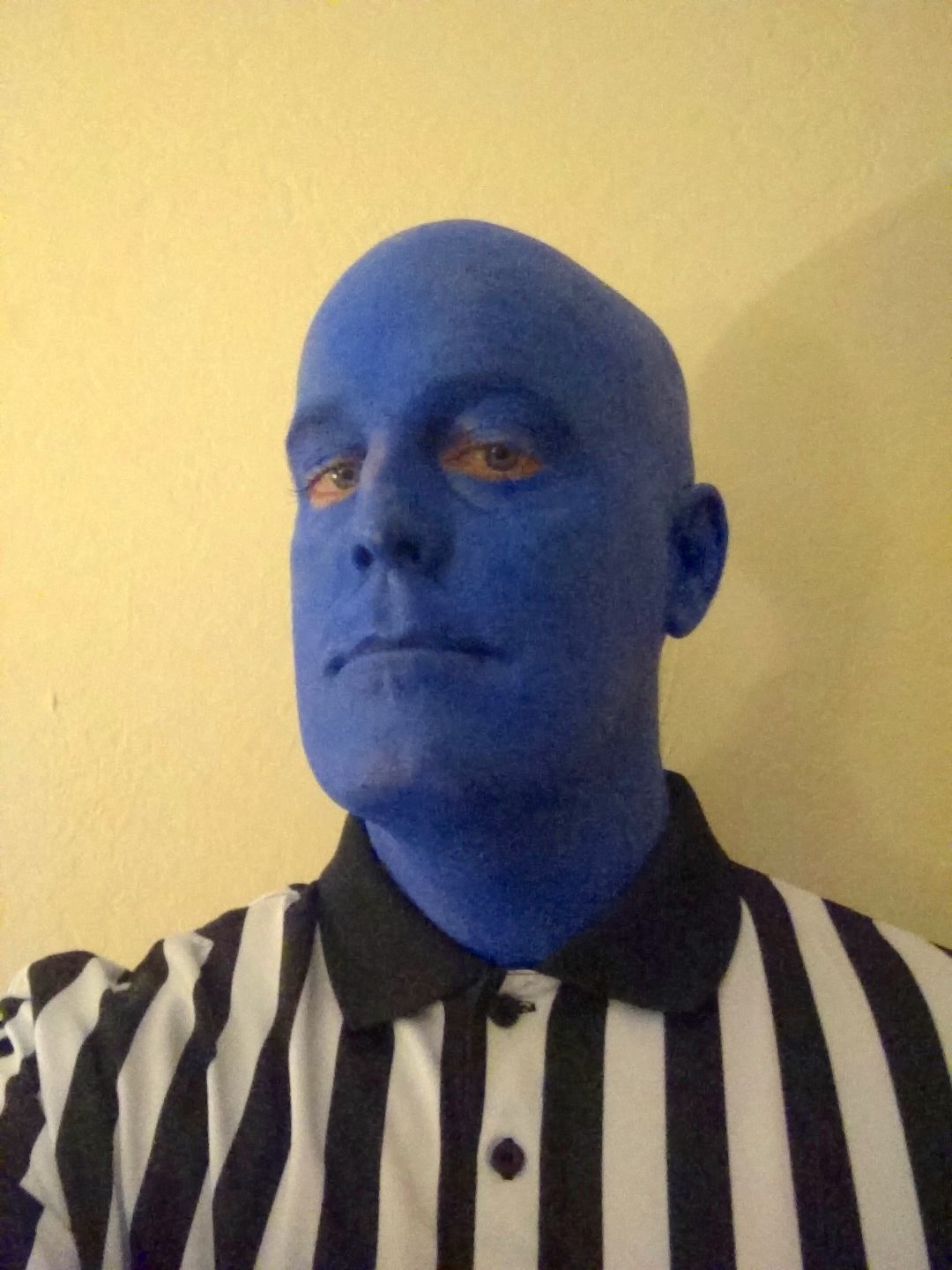 Happy New Year! It’s been another wild and wacky ride of a year in the tech world: breakthroughs and disgraces, triumphs and catastrophes, cryptocurrencies and starships, the ongoing rise of utopian clean energy and dystopian cyberpunk societies, and most of all, the ongoing weirding of the whole wide world.

In other words it was another perfect year for The Jons, the annual award which celebrates dubious tech-related achievements, named, in an awe-inspiring fit of humility, after myself. We’ve got quite a lineup for you this year, folks. So let’s get to it! With very little further ado, I give you: the fuftg annual Jon Awards for Dubious Technical Achievement!

To Adam Neumann, who presided over the spectacular rise and even more spectacular fall from grace of WeWork, which proudly launched its proposed IPO this year and promptly saw most of its valuation (and its cash) disintegrate in a sea of eyebrow-raising stories about delusional irresponsibility and the harsh realities of actual business. However, give Neumann credit: stories may have made him sound like a potsmoking surfer dude who lived in a hallucinatory fantasyland, but — unlike his employees, whose dreams of IPO wealth were suddenly and completely shattered — he managed to walk away from the business he drove nearly into the ground with a reported $1.7 billion windfall.

To Masayoshi Son, whose widely announced dreams of a $108 billion Vision Fund II turned into the relative nightmare of something “far smaller” — but still has his surreal, dreamlike slide decks to fall back on. After all, “SoftBank works to comfort people in their sorrow.”

To — obviously — Elon Musk, who actually had a really good year: Tesla stock got ‘so high‘ it brushed the price at which he previously announced he would take it private (he didn’t); SpaceX launched Starlink, a “very big deal“; and he was acquitted of defamation for calling a complete stranger a pedophile on twitter. OK, so he also announced Starship should reach orbit by this coming March, and smashed the Cybertruck’s allegedly unbreakable windows onstage at its unveiling, but still, a good year! See you in 2020, Elon.

THE IF AT FIRST YOU DON’T CONVINCE, TELL AN EVEN MORE RIDICULOUS TALE AWARD FOR RISIBLE SATOSHI NAKAMOTO CLAIMS

To Craig Wright, who has long claimed in the face of mocking industrywide disbelief to be Satoshi Nakamoto, the creator of Bitcoin, and especially for his claims that, now work with me here, the keys 1 million of Satoshi’s bitcoin were put in a “Tulip Trust” by a long-deceased collaborator and will be delivered to him by a “bonded courier” on January 1st 2020, i.e. a few days from now. The judge he told this to was, unsurprisingly, spectacularly unconvinced, saying “Dr. Wright’s demeanor did not impress me as someone who was telling the truth” and also reproached him for his “willful and bad faith pattern of obstructive behavior.” You don’t say.

THE DEAD MEN TELL NO TALES, BUT ONLY IF THEY’RE ACTUALLY DEAD AWARD FOR LEAVING A TRAIL OF CRYPTOCURRENCY CHAOS IN ONE’S WAKE

To my fellow Canadian Gerald William Cotten, the founder of QuadrigaCX, who apparently stole and/or lost essentially all of his customers’ money, spending much of it on “luxury goods and real estate,” before his death in Mumbai last year. “But Jon,” you say, “how does this quality for a 2019 Jon Award?” Because the many thousands who lost money are now demanding an exhumation to determine that the body in Cotten’s grave is, in fact, Cotten. As for the surviving founder, he’s “a reported ex-con who served 18 months in a federal U.S. prison for identity theft, bank fraud and credit card fraud.” Is this the end of this crazy story? …Well, probably yes. But in the world of cryptocurrencies, which reliably gives us the most jawdropping Jons, who can say for sure?

To Lil Nas X, a previously unknown queer black American teenager who made a country-trap song with a beat he purchased for $30 from a Dutch producer, which sampled an obscure Nine Inch Nails deep cut, recorded it in less than an hour for $20, crafted a hundred memes to publicize it on a new Chinese-owned video-snippet social network, and then saw it go viral courtesy of a Yeehaw Challenge meme, hit first country and then crossover success, and become the longest-reigning Billboard No. 1 single of all time. Does it even get more postmodern cyberpunk than that? Lil Nas X, this is your world (well, and Billie Eilish’s) — we just live in it.

To Greta Thunberg, another teenager, who is an angry advocate of doing something about climate change and for some reason frequently drives a whole lot of apparently lucid people, as well as the President of the United States, completely insane, prompting them to level ludicrous and deeply attacks at a sixteen-year-old autistic girl. It is truly mystifying, and yet revelatory. Maybe they’re just upset that she’s so good at Twitter?

To the mass media, for the techlash: the backlash against tech in which they blame the tech industry not only for its actual sins and problems, which are admittedly not hard to find, but also for essentially everything that is wrong with the world’s political and financial systems. Politics is somehow the fault of Facebook, rather than venal politicians and their ability to manipulate, er, the mass media like a Stradivarius. Inequality is somehow the fault of the tech industry, rather than City / Wall Street parasitism, regulatory capture, and, again, the politicians who actually write the laws which enact inequality. Again, the tech industry has real problems — but the fact that it has devoured the advertising and classifieds income that long propped up the media seems to have caused otherwise sober and thoughtful journalists to instinctively knee-jerk blame it for every ill, while letting their actual architects off lightly. Sadly I fear this one is going to be a perennial.

To StyleGAN 2 and GPT-2, neural networks from Nvidia and OpenAI respectively, which generate fully convincing fake human faces, and close-enough-for-the-Internet convincing fake human comment sections, respectively. I feel certain that somewhere out there on the Internet, bots with StyleGAN avatars and GPT-2-sourced texts are already waging war against one another in befuddling comment sections: battles which have no end, no point, and no room for any actual humanity. The more things change, eh?

To Slack, Lyft, and Uber, all of whom went public this year and, despite being extremely high-profile tech companies, promptly saw their stock prices crater and stay there, while their most recent employees presumably saw their lockup period come and go while remaining resolutely underwater. All this while big, boring tech companies like Google and Microsoft saw their stock climb to new highs nearly every week. Maybe joining a rocket ship isn’t always such a great idea after all…

To Ron Abovitz of Magic Leap, whose technology demos over the last decade have been, by all accounts, truly breathtaking and mindboggling, but whose actual shipped technology, despite ten years and nearly $3 billion in funding, has been, by all accounts, deeply disappointing. Now Magic Leap is hemmorhaging high-profile board members, signing over patents as collatoral to JP Morgan Chase while desperately trying to raise funding, and it next headset is reportedly still years away from launch. But look, those demos were amazing.

To Boeing and its 737 MAX debacle, in which, among numerous other stunning derelictions of fundamental engineering duties, crucial safety features were sold as profitable optional extras — and yet it took not one but two crashes, killing hundreds, for them to admit any problems. Their CEO has resigned, but the company’s failures are clearly deep and systemic rather than individual; their once famously engineer-driven corporate culture is clearly no more. Their example of the decline of American capitalism in general is almost a little too on-the-nose, but then, that’s 2019 for you.

Congratulations, of a sort, to all the winners of the Jons! All recipients shall receive a bobblehead of myself made up as a Blue Man, as per the image on this post, which will doubtless become coveted and increasingly valuable collectibles. (And needless to say, sometime next year they will become redeemable for JonCoin.) And, of course, all winners shall be remembered by posterity forevermore.

1Bobbleheads shall only be distributed if and when available and convenient. The eventual existence of said bobbleheads is not guaranteed or indeed even particularly likely. Not valid on days named after Norse or Roman gods. All rights reserved, especially those rights about which we have reservations.