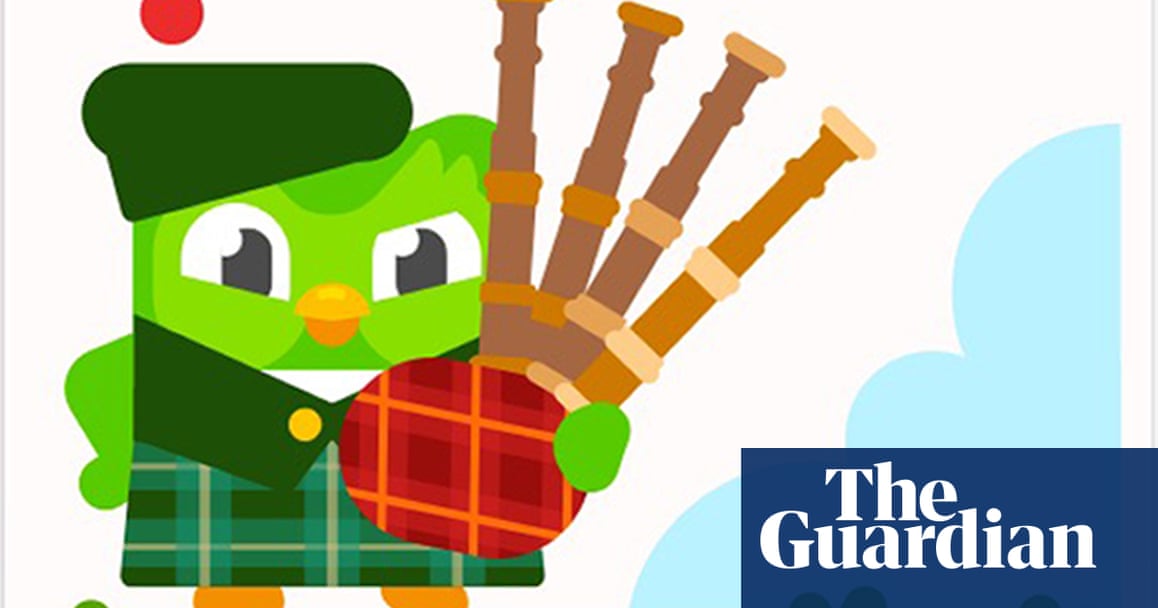 More than 127,000 sign up to learn while Open University launches Scots language course 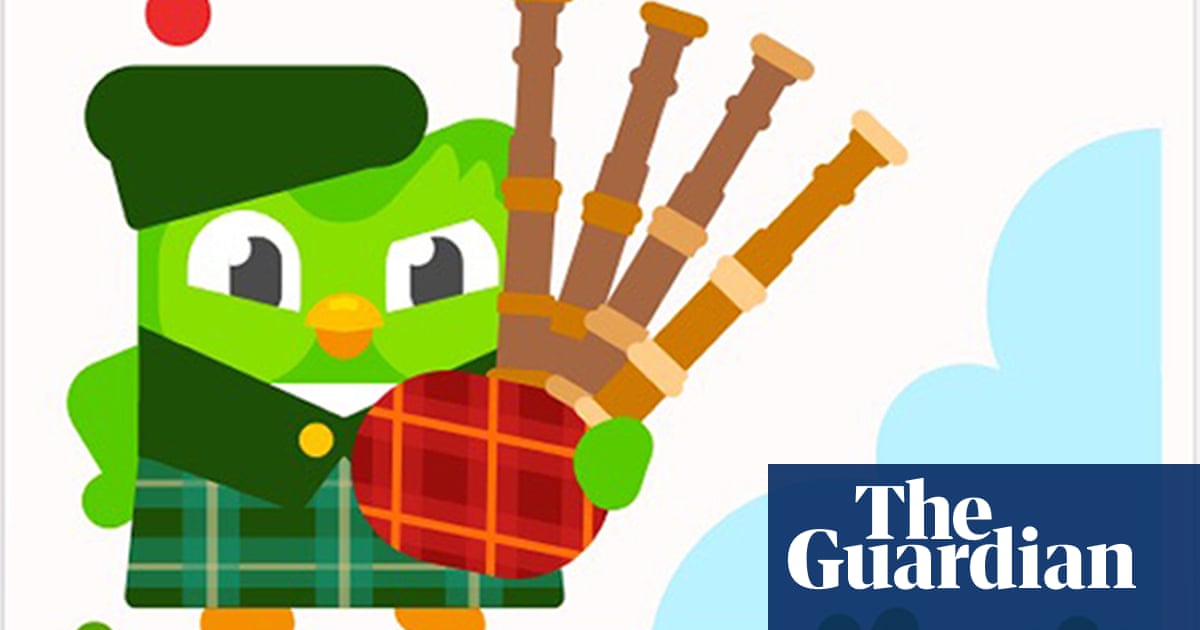 Almost double the number of people in Scotland who already speak Scottish Gaelic have signed up to learn the language on the popular free platform Duolingo in over a month, concluding a proliferation in courses, prizes and performance in Gaelic and Scots during 2019, as younger people in particular shrug off the cultural cringe associated with speaking indigenous languages.

The Duolingo course, which was launched just before St Andrews Day on 30 November and looks likely to be the companys fastest-growing course ever, has garnered more than 127,000 sign-ups 80% from Scotland itself, compared with just over 58,000 people who reported themselves as Gaelic speakers in the 2011 Scottish census.

And last month, the Open University Scotland launched a free online course which has already attracted nearly 7,000 unique visitors from the UK, US, Canada and Australia that teaches the Scots language in the context it is spoken, as well as highlighting its role in Scottish culture and society.

While Gaelic has sustained a more gradual revival, with well-established schools and broadcasting, as well as its current visibility in the time travel blockbuster series Outlander, there is now an increasing recognition of Scots, says Sylvia Warnecke, a senior lecturer in languages at OU Scotland.

She explains: In the academic world, the recognition of Scots as an important part of our linguistic and cultural landscape has existed for quite a while, but thats not the case in other areas, like education, where Scots has always been considered bad English, or in popular culture, where its used to add humour.

Warnecke identifies a growing momentum, bolstered by the official recognition of the Scots language by the Scottish government and awareness of Scots as a language in its own right.

Last year also featured the first Scots language awards, held in Glasgow in September, where the winner of the lifetime achievement award was the writer Sheena Blackhall, who was recently also named as the first Doric makar, or poet laureate.

Doric, or north-east Scots, was forbidden in schools and dismissed as slang for decades, but is now a key part of Aberdeenshire councils language strategy. The first language of the Sunset Song author Lewis Grassic Gibbon, Doric is taught in schools across the north-east. We are beginning to shrug off the cultural cringe, says Blackhall, who speaks proudly about the results of growing language activism around Doric, and the impact of greater exposure to writers and speakers, especially on the young.

Blackhall and Warnecke point to the impact of social media: at last years Edinburgh fringe, Twitter curated an exhibition celebrating the best of the #ScottishTwitter hashtag, which has become an online institution for those experimenting with the Scots language.

Dr Michael Dempster, the director of the Scots Language Centre and Scots scriever at the National Library of Scotland, welcomes what he describes as a blossoming in plays, novels and childrens books written in Scots, but acknowledges it can still be a challenge for people to write in the language even if they are fluent in the spoken word.

The range of written Scots has been transformed, says Dempsey, since the 70s and 80s, when writers would employ the language to portray a particular type of character. That was an act of stereotype, while the narrative voice remained in standard English. Now people are writing in Scots throughout. They started picking it up from Irvine Welsh, although his writing was not in standard Scots, but now you have younger writers like Chris McQueer, who is consciously working in Scots and readers are really appreciative of that.

When McQueer, whose Scots short stories have been described as like Charlie Brooker on Buckfast, was interviewed by the Guardian last year, he described the Scots language as a creative treasure trove: Weve got so many unique words and phrases. Even when I was in primary school if the teacher asked me something and I said aye and naw, theyd correct me and say its yes and no. But why are you trying to make me talk like a newsreader?

A team of Glasgow University researchers have been charting the richness and diversity of Scotlands local dialects, launching their initial findings in the Scots Syntax Atlas last month.

Encompassing fit like of north-east Scotland, gonnae no in Glasgow, and I might can do from the Borders, the atlas offers a means of tracing the development of local speech patterns. For example, the influence of Irish immigration can be heard in Glaswegian Scots phrases such as Shes after locking us out.

Jennifer Smith, a professor of sociolinguistics at the University of Glasgow and principal investigator of the new atlas, said: We also found that spread of language forms isnt necessarily from south of the border, but instead from within Scotland itself, as demonstrated by the spread of youse and gonnae no from likely Glasgow, outwards.

Theres still a Scottish cringe type of thing about using Scots, but this is not slang, its a highly complex system of language. No matter what dialect you speak, it will be highly structured and rule-governed, and it just depends whether you learn those rules contextually in conversation or from a book in school.