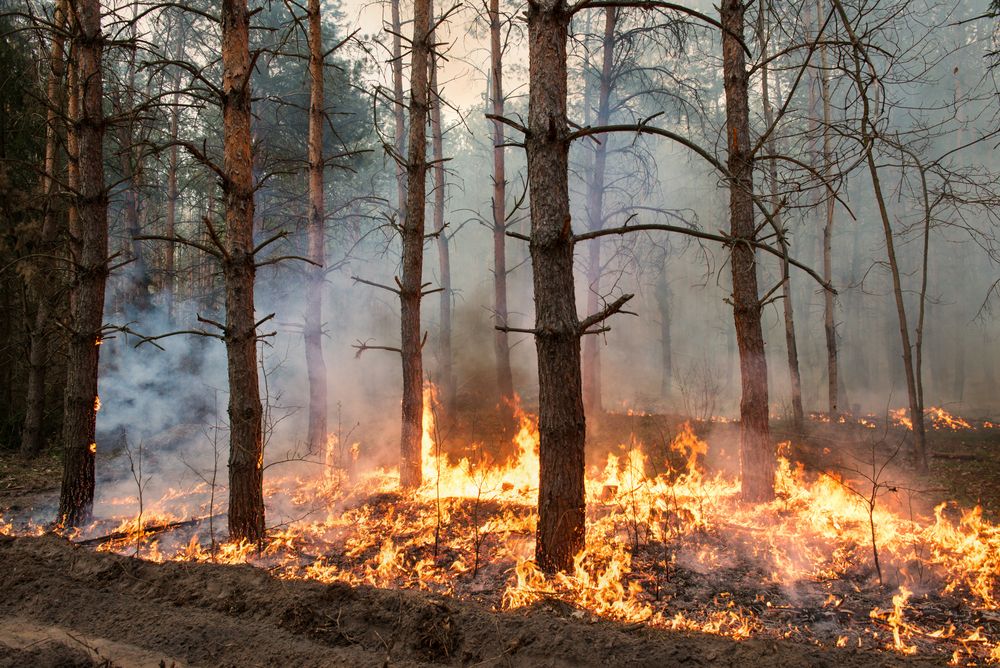 The world’s forests are ablaze, under threat from illegal logging and disappearing due to the less dramatic environmental degradation wrought by drought and other signs of climate change.

It’s part of the negative feedback loop that seems to be accelerating climate change as greenhouse gases accumulate in the atmosphere, but one startup company is trying to facilitate reforestation by supporting carbon offsets that specifically target the world’s flora.

Pachama has raised $4.1 million to create a marketplace where companies can support carbon offset projects. The company is backed by some big names in tech investment, like former Uber executive Ryan Graves, through his private investment firm, Saltwater, and Chris Sacca, a prominent early investor in Uber, through his Lowercase Capital firm.

Founded by Diego Saez-Gil, a serial entrepreneur whose last company was a startup selling a “smart-suitcase,” Pachama is aiming to bring reforestation projects to the carbon markets whose impacts can be independently verified by the company’s monitoring software to ensure their ability to offset emissions.

“We were making a smart connected suitcase which got banned,” says Saez-Gil. “After that I decided to take some time off and I was quite burnt out. I wanted to do some soul searching and tried to decide what I wanted to put my efforts [into].”

He traveled to South America and did a trip through the Amazon rain forest in Peru. It was there that Saez-Gil saw the effects of deforestation in an area that represents a huge carbon dioxide offset for the planet.

“There are about 1 billion hectares on the planet that could be reforested,” says Saez-Gil.

That opportunity — to contribute to the perpetuation of independently validated carbon markets around the world — is what convinced investors like Paul Graham, Justin Kan, Daniel Kan, Gustaf Alströmer, Peter Reinhardt, Jason Jacobs and Chris Sacca from Lowercase Capital, as well as funds such as Social+Capital, Global Founders Capital and Atomico, to contribute to the company’s $4.1 million funding.

It’s a pretty big consortium to finance what amounts to a small capital commitment (given the size of the funds under management that these investors have at their disposal), but investors are right to be a little wary.

Carbon markets are driven by policy, and policymakers have been reluctant to draft legislation that would put a high enough price on carbon emissions to make those markets viable.

“Pachama’s carbon credit marketplace is launching at a pivotal moment when awareness of the climate crisis is reaching an all-time high, and businesses are increasingly looking to become carbon neutral,” said Ryan Graves, Pachama’s lead investor and new director said in a statement. “What attracted me to Pachama was the company’s use of technology to bring trust to an industry that desperately needs it, and gives the verifiable results to the purchasers of carbon credits.”

Awareness doesn’t equal political action, however, and Pachama needs the political will of both governments and consumers to move the needle on creating viable carbon trading markets.

Pachama’s business becomes profitable only when the price of carbon moves beyond $15 per ton of carbon dioxide (or similar emissions) offset. Currently, there are only two markets in the world where that threshold has been reached — the California market and Europe, according to Saez-Gil.

For Pachama’s founder, forest preservation and reforestation projects can have outsized benefits. “There are only 500 forest projects that are certified today… we need tens of thousands,” says Saez-Gil. “There are one billion hectares on the planet available for reforestation without competing with agriculture.”

The restoration of native forests can contribute to replenishing global biodiversity, and captures more carbon than cultivating forests for industrial use, but both are better than destruction to grow row crops or support animal husbandry, Saez-Gil says.

Pachama sources projects that are approved by existing certification bodies, but offers its customers monitoring and management services through access to satellite imagery and sensors that provide information on emissions and carbon capture on reforested land.

It’s a potential solution to the problem of deforestation that’s plaguing countries like Brazil. “The government in Brazil, they want to generate income for the country,” says Saez-Gil. If carbon markets paid as much as ranching, it would reduce the need for animal husbandry and plantation farming in Brazil, Indonesia or places like Peru.

Today, most investments in reforestation projects are done through middlemen, which increases opacity and the chance that projects are being double-counted or sold, according to Saez-Gil. Pachama has a person who is contacting forest project developers so that they can list the projects independently. Then the company verifies the offsets with satellite imaging systems.

The company currently has 23 forest projects — three in the Amazon rain forest in Brazil and Peru and projects in the U.S. in California, Vermont, New Jersey, Connecticut and Maine .

Saez-Gil has high hopes for the future of carbon markets based on demand coming, in part, from new regulations like those imposed on the airline industry.

“Airlines will have to offset part of their emissions as part of CORSIA,”  says Saez-gil. That’s an offset of 160 million tons of emission per year. “There is all this demand coming for different offsets for different  markets that will make the price go up.”