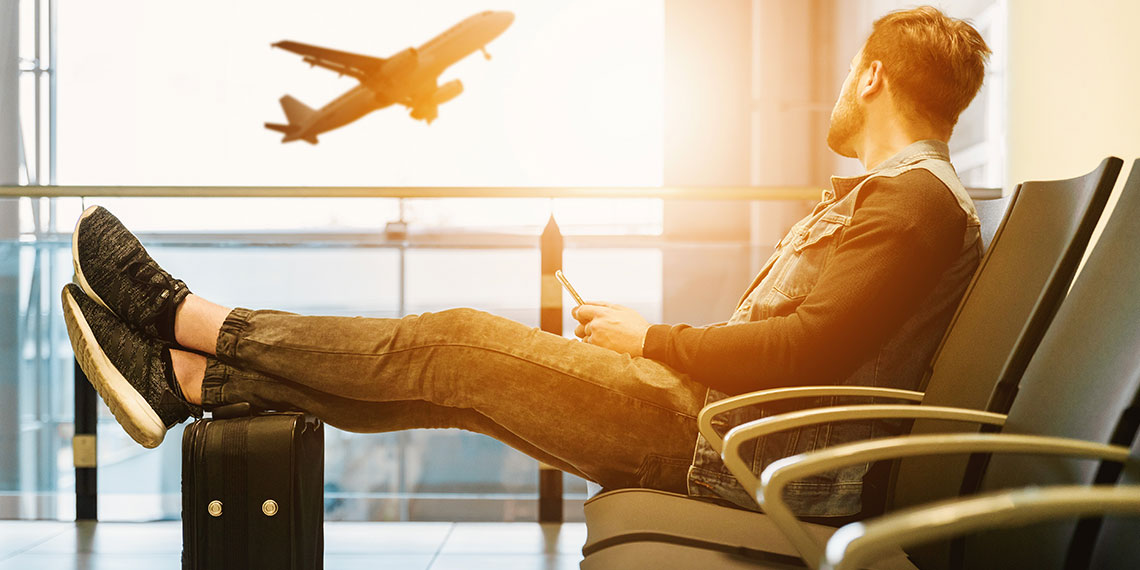 There are certain wonders of the world that cannot be explained. Who built Stonehenge. Who was Jack The Ripper. Where is Cleopatra’s tomb. How is Twitter free. That last one I ask myself at least once a day, especially when I come across content that is too premium to not cost money. That happened last night when, during my usual Twitter scroll, I came across a thread from Andrew Kimmel detailing his recent trip to Mexico. After reading it, completely captivated, I immediately sent it to my friends, telling them it is the most interesting thing I’ve read on Twitter. I know that’s a bold claim, but I promise this thread will deliver.

The thread starts out like many disgruntled travel tweets, with Kimmel tweeting at American Airlines. “Ugh, here we go,” I said to myself. “Another angry rant at an airline because someone’s flight got delayed over circumstances beyond the airline’s control.” But that’s not what happened at all—instead of your run-of-the-mill “f*ck you American Airlines for canceling my flight due to severe blizzards” tweet, I got a full-on action movie.

Okay, so I am not on any kind of status on any airline (except maybe “don’t give this girl any wine” status), so I could relate to approximately zero percent of this tweet. But I’m guessing the gist is this (rich people, feel free to correct me in the comments): in order to be able to keep some perks, Kimmel would have to spend $275 more dollars on a flight, or $1,875 real dollars. That is some ridiculous math, but sounds about right for airlines. So Andrew says “f*ck it” and buys a trip to Mexico so he can keep that sweet, sweet status.

I managed to find a cheap hotel room and rented a car for $35. I went out for a nice dinner and met a family who surprised me and paid for my bill (perhaps I should eat alone more often!). I then decided to hit some bars. And this is where my 24 hour mileage run got interesting.

And then things go from “Instagram highlights” to First 48 Hours episode.

At the last bar of the evening, I was presented with a bill for over $300. I had two beers. The bar manager said I needed to pay or he’d call the police. I give him my credit card and it was declined due to fraud protection, which I found out today as my phone had died earlier.

First of all, never go to a bar with a dead phone. Second of all, that beer had better be fermented with liquid cold and come with a side of Tyler Cameron if they’re going to charge $150 for ONE. (Yes, yes, I know it’s plain extortion, just go with me on the joke here.) Then, things get crazier.

Of course the police were working with the bar manager w/ the tourist swindle, so the police handcuff me as the bar manager steals my debit card and passport. I’m put into a police car and sit up front with two officers. We actually got along quite well as I applauded their con.

I actually can’t wait for the Scam Goddess podcast to cover this con.

The police bring me to a jail somewhere outside of Cabo. I asked if they could at least get my passport back. They laughed and said they’re locking me up for 30 minutes then letting me go. I’m placed in a cell with a guy from the UK who got into a fight.

So then the next tweet is about how this guy from the UK is lamenting from Mexican jail about how his wife is going to kill him. It’s not super necessary to the plot, but it does add some character.

Three hours goes by. “Capitan? Capitan?” I shout through the bars. It’s now daytime and my cell mate tells me he’s gotta take a shit, but there’s no toilet paper. There is a blanket covering the window, so I suggest he take it off and use that. And he did.

Then, Kimmel takes a nap while his cellmate’s wife posts his bail.

I doze off. I’m awoken several hours later by an officer. “Your friend pay bail.” What the fuck? Im given my belongings and shoved outside where a woman from Kenya was waiting for me. “I heard what happened when you came in, so I figured you could use some help.”

I thank her over & over and ask what she was arrested for. “I ordered an Uber and the driver said I didn’t pay.” Fuck Cabo. So now the two of us start walking to nowhere and spot a guy chilling in his car. We ask for directions back to the marina and he instead offers us a ride.

The Cabo tourism department (do they have one?) is probably sweating right now.

Imagine if a Mexican & a Kenyan came up to a car in the US & asked for directions. Anyways, we get to the marina & the Kenyan offers the guy cash… he refuses. It’s now 2:00 & my flight leave at 3:26. The Kenyan joins me to the airport, but unfortunately her flight was at 8:30am

I have no fucking clue what I’m going to do. I call passport control in the States to report a stolen passport. They tell me to call the local embassy. I call and they’re closed. I ask my new friend to wait in the car at the airport as I run to the airline desk. It’s now 3:00pm.

Losing my passport is one of my biggest nightmares, so I can only imagine how Kimmel feels.

I tell the airline agent what happened and ask if there is anything I can do to get home. I show her my Real ID (what a stupid fucking name) and a photo of my passport. She gets on the line with CBP and somehow arranges for me to jump on the last flight out without a passport.

So, my driver’s license expires in 2020, so I spent no less than a few hours during Christmas discussing with my family all the different types of IDs and what each one does. And isn’t the point of the Real ID so that you can go to Canada and Mexico without a passport? Or is that the enhanced one? F*ck, they make this sh*t way too complicated.

I’m directed to the immigration desk as the airport and advised I need to purchase a new immigration form for $35. “All I have is my credit card,” I tell them. I’m then redirected to another desk that accepts credit card payments. “We’ll need your passport to process, sir.” pic.twitter.com/WsAZQSuLCV

LOLLLLL what kind of insane episode of the Twilight Zone is this? I would have probably snapped and ended up back in a Mexican jail at this point.

I run back to my friend in the rental car, tell her I can make the last flight out, but I needed more money 🤦‍♂️ At this point, I’m losing my shit over just about everything, and she grabs my hand, tells me it’ll be ok and then kisses me 😳 I kiss back. What the fuck is happening?

Okay, wait what? When did this go from “friends” to you’re now kissing outside an airport before running to make your flight? I know that this is a Twitter thread, but a little foreshadowing that there was sexual tension here would have helped.

“If you don’t make your flight, you can stay with me at my Airbnb,” my jail crush tells me. Fuck. What once was “get me out of Mexico” turned into, “well this could be interesting.” But of course I couldn’t. I came to Mexico for a goddamn mileage run & I’m getting that status ✈️

Alas, it was not meant to be. Kimmel made it home (but no word on whether he made it to his friend’s New Year’s party, since according to another tweet he landed in LA shortly after 1am).

So now I’ve got about a million questions. Did he and his Kenya crush exchange numbers? Will they see each other again?? And is he ever going back to Mexico? Just kidding about that last one. But I really can’t wait until Netflix options this movie as a suspense drama/rom-com with Noah Centineo starring as Kimmel. This was seriously better than half the thrillers I’ve read this year.

The other amazing/terrible part of this? American Airlines responded to Kimmel’s first tweet…. completely missing the mark.

Reaching Executive Platinum status isn’t easy. For those who make it, the benefits are amazing! We’re happy you’ll make your goal!

Yikes, read the room. Some intern at American Airlines is definitely getting fired, and I bet legit bars and hotels all over Cabo are going to be falling over themselves to offer Kimmel and his jail crush some free drinks and a place to stay. Not a bad ending to an otherwise traumatic experience!

I feel like the moral of this story is, if you’re going to book a cheap flight just to maintain your mileage status, fly domestic. Oh, and don’t go to a place called Urban Bar in Cabo San Lucas (with a name like that, though, it seems kind of obvious the place is a scam).