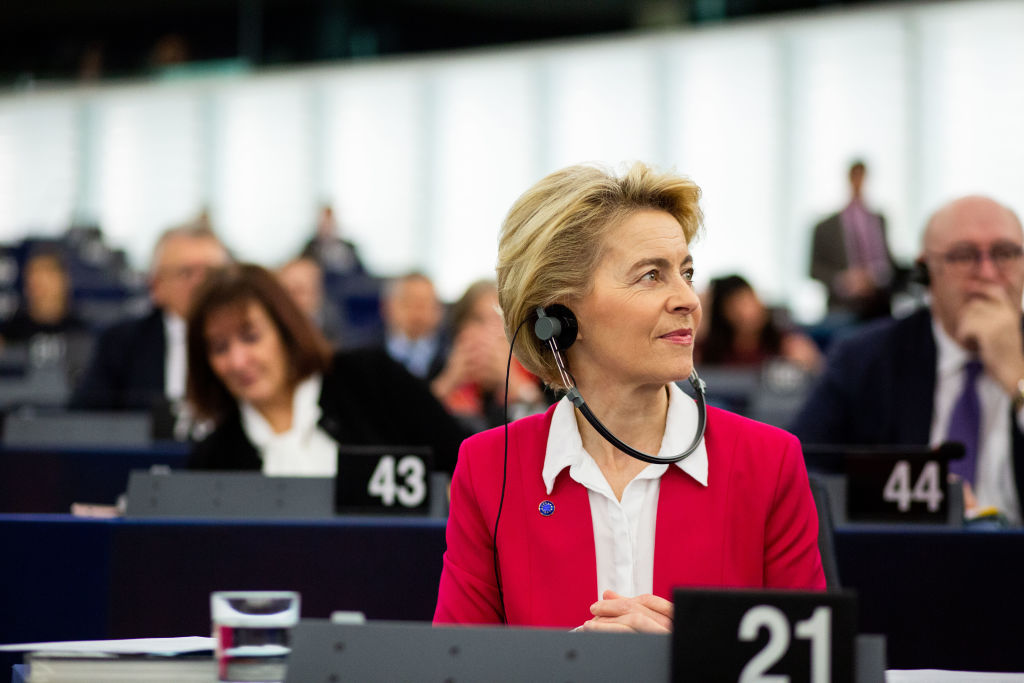 European Commission President Ursula von der Leyen has made responding to technology-driven change a key priority for her five year term which began last month, setting it in the same breath as challenges posed by climate change and demographic shifts, tacitly linking all three to a rise in regional unease.

Her solution, set out in a document entitled My Agenda for Europe, is a set of “headline ambitions” for the next five years — which include a Green Deal for Europe which she commits to proposing within her first 100 days in office; greater inclusion via “an economy that works for people,” and “a Europe fit for the digital age,” where innovation occurs “within safe and ethical boundaries.”

The program implies pan-EU economic changes; an update to industrial policy which includes substantial investment in strategic R&D such as clean technologies, and in infrastructure; plus regulation of digital technologies such as AI, as well as along an axis of fairness — which puts platforms and data monopolies in the frame.

“If we do our job well, the Europe of 2050 will be the first continent in the world to be carbon neutral,” Von der Leyen told the EU parliament, while laying out the ambition for the bloc to be “a leading digital power” with an economy that balances market forces and “social concern.”

“We will invest record amounts in cutting-edge research and innovation, using the full flexibility of the next EU budget to focus on the areas with the greatest potential,” wrote von der Leyen, ahead of taking up the mandate, setting out a plan for a European Green Deal that pledged to make the region “a world leader in circular economy and clean technologies.”

Speaking to the EU parliament ahead of the confirmatory vote, she described the Green Deal as Europe’s “new growth strategy,” saying it would require “massive investment” in “innovation, research, infrastructure, housing, and the training of people,” which would need to be funded by both the public and private sector at European and national levels.

“At the core of it will be an industrial strategy that enables our businesses — big and small — to innovate and to develop new technologies while creating new markets,” she told MEPs. “We will be global standard setters. This is our competitive advantage. And the best way to ensure a level-playing field.”

The strategy includes ramping up not just public but private investment in climate financing — with a goal of at least 50% of the European Investment Bank’s funds being dedicated to “green and sustainable” financing by 2025.

On the circular economy — which her Agenda identifies as Europe’s “future economic model” — she trails an action plan that will focus on sustainable resource use,  “especially in resource-intensive and high impact sectors such as textiles and construction”. She also urged measures to reduce plastic waste.

The overarching policy offer is a European Climate Law that will enshrine a 2050 climate neutrality target into law, with proposals to extend the emissions trading system to cover the maritime sector and to reduce free allowances allocated to airlines “over time.”

A Carbon Border Tax is also trailed, starting with “a number of selected sectors,” then “gradually extended,” along with a review of the Energy Taxation Directive which sets minimum excise duty rates EU Member States must apply to energy products for fuel and transport, and electricity.

A Biodiversity Strategy is another offer, along with a focus on “sustainable food” to support European farmers to transition to less environmentally costly production methods.

Von der Leyen’s plan also includes what’s couched as a “zero-pollution ambition,” although the document lacks specific targets — beyond a promise of “cross-cutting strategy to protect citizens’ health from environmental degradation and pollution.”

It’s notable that the green bloc in the EU parliament elected to abstain rather than back Von der Leyen’s Commission at the final vote — urging her to go further and faster to address the climate emergency, such as agricultural reforms, while saying they would be prepared to be a “constructive partner” to genuine environmental and social reforms.

Support for startups to scale up

“We need more young and nimble innovators with breakthrough technologies, like this generation’s tech giants were only a decade ago,” von der Leyen writes in a section of her Agenda on supporting small business which touts a “dedicated SME strategy” to cut red tape and improve market access for startups.

On developing the pan-EU growth finance market she commits to completing the Capital Markets Union — an initiative that’s intended to reduce fragmentation of capital access across the bloc and so shrink the costs of raising capital while widening the funding pipe.

She also wants to create a private-public fund specializing in Initial Public Offerings of SMEs — with the hope that private investors will come in to match an initial investment from the EU.

So late-stage startup financing is on the Commission’s radar.

Discussing the policy announcement, James Wise, partner at Balderton Capital, told us more funding in Europe would be welcome. “There is still a funding gap with the U.S. even if it is shrinking,” he suggested. However he also warned of too much focus being put on “overly financializing many assets classes in the last few decades, resulting in a cycle of boom and bust, and a focus on quarterly reports, not necessarily long term goals.”

“As a result we believe companies should go public at the right time for them, and not be pushed into exits by ‘quick-flip’ capital,” he said. “A bigger challenge for European start-ups isn’t necessarily access to capital, but capital markets which understand them. Many European banks have skeleton tech teams, while U.S. and Asian banks have whole departments focused on them. The lack of good equity analysts makes going public in Europe harder, hence the relative strength of U.S. indexes, and another later stage fund is unlikely to change this.”

In remarks to the EU parliament, Von der Leyen also called for Europe to have “mastery and ownership of key technologies” — name-checking quantum computing, artificial intelligence, blockchain, “critical” chip technologies, and urging a pooling of resources, money, research capacity and knowledge in order for Europe to stake a claim to the leading edge of tech.

On the surface it sounds switched on to the potential of emerging technologies. Although quite how this buzzwordy big ambition will trickle down at the policy level — such as via investment distributed to strategic R&D — and so whether it will really make a difference to European startups working on emerging technologies remains to be seen.

In November 2019, Bloomberg reported that the Commission is planning a $3.9BN EU fund to launch in 2021 — and be run by the European Innovation Council — to support early stage ‘deep tech’ startups working in areas such as biotech, health tech and AI. (Although the size of the fund remains tbc, as it’s dependent on the outcome of budget talks.)

“It may be too late to replicate hyperscalers, but it is not too late to achieve technological sovereignty in some critical technology areas,” is Von der Leyen’s suggestion, with supercomputing citied as an exemplar.

She appears to be spreading her bets on the next tech paradigm shift, saying “we will invest in blockchain, high-performance computing, quantum computing, algorithms and tools to allow data sharing and data usage”.

Another pledge is to push for jointly defined standards, such as for 5G — and for what she calls “this new generation of technologies that will become the global norm.”

She also wants to update the Digital Education Action Plan to increase access to digital literacy for young people and reskilling adults, such as by increasing the use of MOOCs (massively open online courses) in the area of digital skills — to “get Europe up to speed.”

The new Commission also has its eye on developments in the cryptocurrency space. This month the European Council and Commission issued a joint statement on so-called stablecoins — such as Facebook’s planned global digital currency, Libra — essentially saying such efforts will be barred from launching in the region ahead of a common EU regulatory framework being put in place to mitigate any risks.

“We reaffirm our willingness to appropriately tackle the challenges raised by these initiatives on the basis of an EU common understanding and coordinated approach,” they wrote. “These initiatives should not undermine existing financial and monetary order as well as monetary sovereignty in the European Union.

“While the Council and the Commission are committed to put in place a framework that will harness the potential opportunities that crypto-assets may offer, we acknowledge the risks that some present. The Council and the Commission are prepared to take all necessary measures to ensure appropriate standards of consumer protection and orderly monetary and financial conditions. All options should be on the table, including any measures to prevent the creation of unmanageable risks by certain global ‘stablecoins.’”