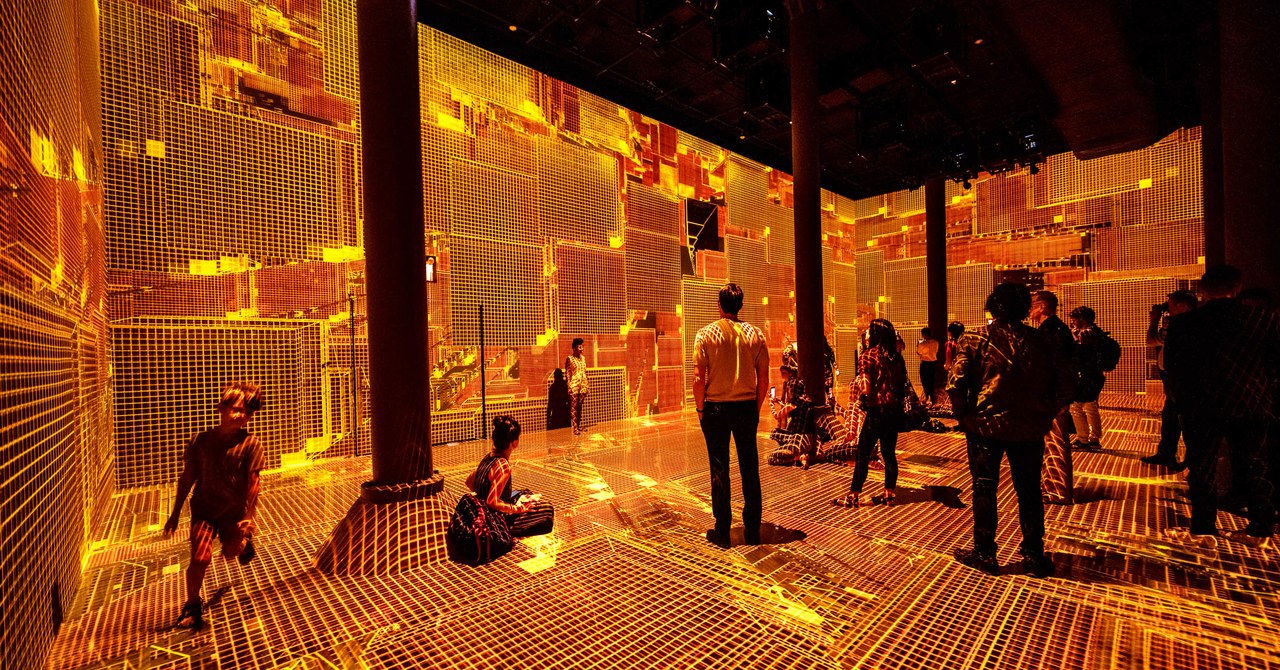 Giant stashes of data are valuable assets to corporations in industries from fossil fuels to finance. Artist Refik Anadol sees pools of data as something else—material for what he calls a new kind of “sculpture.”

Anadol creates mesmerizing art installations by seeking out interesting data sets and processing them into swirling visualizations of how computers capture the world and people in it. He does it by using techniques from artificial intelligence, specifically machine learning algorithms, to filter or expand on his raw material.

The results, shown on giant screens or projected onto walls or entire buildings, use data points in a kind of AI pointillism.

Anadol explains his creative process in a new WIRED video. It features works including Machine Hallucination, a 360-degree video installation made from 10 million photos of New York. Anadol used machine learning to group photos and morph between them, creating flickering images of the city as recorded by many different people. “It’s kind of like a collective memory,” he says. “A building in New York can be explored from multiple angles, from different times of the year.”

Anadol has also used his data sculptures to look inward, inside the human brain. After discovering his uncle did not recognize him due to the onset of Alzheimer's, the artist teamed up with neuroscientists to gather a new source of data. “I thought of the most precious and most private information that we hold as humanity,” he says.

The scientists used a hat studded with electrodes to capture the brain activity of people reflecting on childhood memories. Anadol turned the data into hypnotically moving fluids shown on a 20-foot-tall LED screen.

One theme of Anadol’s work is the symbiosis and tension between people and machines. The artist says his work is an example of how AI—like other technologies—will have a broad range of uses. “When we found fire, we cooked with it, we created communities; with the same technology we kill each other or destroy,” Anadol says. “Clearly AI is a discovery of humanity that has the potential to make communities, or destroy each other.”