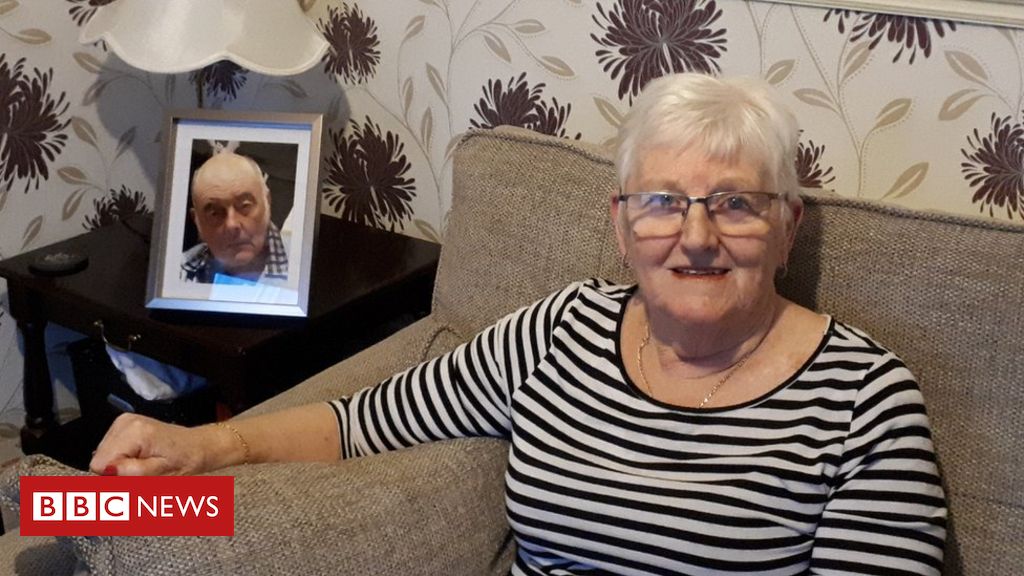 Carol Norton is talking about the moment she realised she’d had thousands of pounds stolen from her and her dying husband.

It is when fraudsters convince often elderly, sometimes vulnerable, victims to take cash out of their bank account and hand it over to criminals posing as couriers or police officers.

Kent Police and City of London Police are launching a nationwide awareness campaign about this type of fraud.

It comes after figures showed £7m was stolen from around 2,000 elderly people last year.

In Carol’s case, she was convinced she’d been called by genuine police officers after being told to hang up and immediately dial 999.

The thieves kept the line open and in the few seconds between when she hung up and picked up the phone again, the line did not disconnect.

That tricked Carol into thinking she was speaking to an emergency operator when in fact it was another member of the gang.

They now had Carol hooked, so was just a case of reeling her in.

“I had a phone call from someone who said they were the chief fraud officer at my local police station,” she said.

“They said someone had tried to use my card details to spend £600 in Birmingham and were worried someone at my local bank was passing on customers’ details, so would I be willing to help them in an investigation?”

Carol felt a sense of public duty to people she thought were the police and agreed.

The fraudsters instructed her to go to her local bank and withdraw £4,000 in cash.

About 20 minutes after she returned home, someone else arrived.

“I saw somebody walking up the path and I had to give him a password which I’d arranged with someone I thought was a police officer,” she said.

“He took the money and as I saw him walking away I saw him get into a taxi and then I thought something was wrong because undercover policemen wouldn’t be using a taxi.

“So I ran next door to my daughter and told her what happened, and straight away she said ‘you’ve been scammed’.”

Carol and her daughter told the police. A neighbour’s CCTV footage meant police had a picture of the fraudster and were able to find and arrest him.

But in many cases, there is no lucky break.

Another victim who spoke to Money Box, but did not want to be named, was targeted on six occasions by the same gang.

He was tricked into visiting his bank three times and travel agents on a further three. In all he had £37,000 stolen.

His bank, unlike Carol’s, decided to refund the money.

“I felt extremely stupid. I can [now] easily see ways in which I should have realised long before I did that the transaction was not what it seemed,” he said.

“Obviously I was extremely annoyed, to put it mildly, to lose the money.

“It’s an extremely unpleasant kind of crime, carried out by people who are very clever at what they do, who are taking advantage of vulnerable people.”

Detective Sergeant Marc Cananur from Kent Police said the criminals behind this type of crime are ruthless and expert.

“It’s simplistic in its methods, equally it’s really sophisticated and difficult for the police to catch the people involved,” he said

“The exploitation of the vulnerable, from a generation which trusts the police, culminates in the criminals making significant amounts of money.”

DS Cananur said people need to be aware that the police or their bank will never cold call to verify personal details.

“When in doubt, terminate that call and use an alternative line to call your local force on 101 or Action Fraud,” he said.

People should always wait five minutes before ringing back too, to make sure the line has completely disconnected.

Fraudsters will often try to rush their victims, so they don’t have time to think – police advise never to be rushed into doing anything.

They say people should talk to someone they trust and never follow instructions not to speak to other people. Don’t worry about being rude and hanging up, police said.