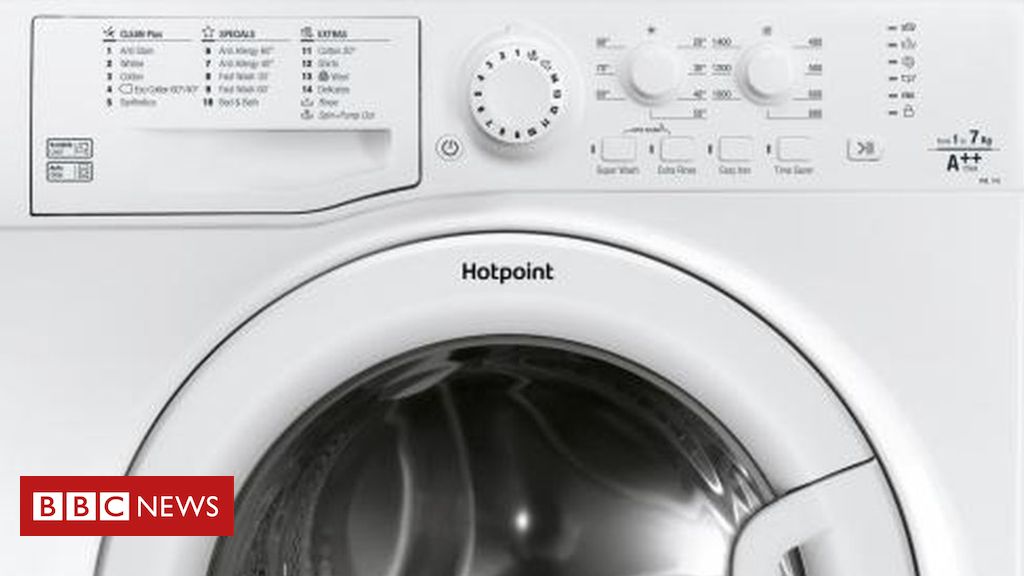 Owners of Hotpoint and Indesit washing machines may have to check again to see whether their model is on a recall list of fire-prone appliances.

An extra three models have been added to the host of machines that may catch fire owing to an overheating door mechanism.

The company said adding to the list was common in the recall process.

What is the problem?

About 20% of the Hotpoint and Indesit washing machines sold since 2014 are affected by a safety fault and need to be recalled, a process that started earlier this month.

The company says it has identified 165,000 of the problem appliances so far and 70,000 have already been replaced or repaired. It has received calls or had contact from two million people.

Seventy-nine fires are thought to have been caused by an overheating door locking system, a fault which develops over time, according to Whirlpool, which owns the brands.

Whirlpool has set up a model checker online. Owners of Hotpoint and Indesit washing machines bought since October 2014 will need to enter the model and serial number of their appliance – found inside the door or on the back – to see if it is one of those affected.

Those who have previously checked, and been given the all clear, may need to check again. The company said it could contact 60% of those with the newly affected models, but customers should check.

Slots for a modification or replacement machine are available straight away.

The model numbers of the appliances which have been added to the list, three weeks after the initial recall launch, owing to further analysis by the company.

Jeff Noel, vice president of Whirlpool, said: “With more than 30% of the affected products now accounted for, this campaign has already surpassed the UK average for a product recall campaign by a significant margin.

“While this is good progress, we know there is still work to do. That’s why we are working seven days a week to look after our customers and running a widespread campaign to raise awareness.

“We are deeply sorry to our customers for the inconvenience this recall may cause but we are taking action because it is the right thing to do for people’s safety. We will do whatever it takes to put the situation right.”

The company has already been dealing with the recall of more than five million tumble dryers, sold over 11 years, which were found to be a fire danger.