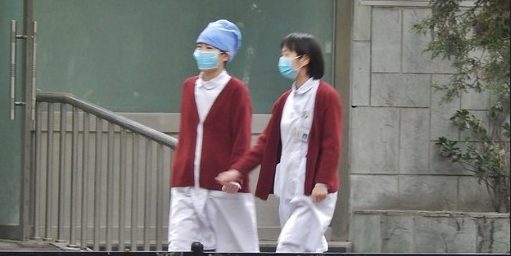 TikTok is infected with conspiracy theories and misinformation about the coronavirus outbreak that began in China and has since spread internationally.

As of Jan. 29, there have been more than 6,000 confirmed cases and 132 deaths in mainland China, a more than 30 percent increase in incidents of the disease in just one day.

Millions are on lockdown in the Asian nation, and international travel to China has been severely restricted. British Airways today became the first international carrier to suspend all flights to China. Lufthansa and Air France quickly followed suit.

Following Foreign Office advice against all but essential travel to mainland China, British Airways have temporarily suspended flights to and from Beijing and Shanghai with immediate effect, until Friday 31 January, while the situation is assessed. Julie

This version of the relatively common coronavirus was first detected in December. As of today, cases of the virus have been confirmed in 17 countries. With the virus continuing to spread and the death toll rising, scientists are racing the clock to stem the outbreak.

Meanwhile, on social media, the outbreak has already proven irresistible to conspiracy theorists. Twitter, Facebook, and Google are actively endeavoring to halt the spread of misinformation about the disease.

TikTok, on the other hand, is fertile ground for debunked conspiracy theories and lies about the deadly virus. This is in spite of the companys recent changes to policies governing misinformation.

Yesterday, Media Matters reported that videos containing both were circulating on TikTok, a platform thats popular with teenagers. Multiple videos it found falsely asserted that the virus was created by the Chinese government. Today, the Daily Dot found several videos, a few with more than 100,000 views, making the same, and other, inaccurate claims.

One TikTok with more than 100,000 views falsely claims that a Chinese lab created the virus and distributed it before the Chinese New Year as a form of population control.

Another conspiracy theory by the same TikTok user claims that the Bill Gates Foundation may have predicted the outbreak and implies that it originated in Chinese biowarfare efforts.

This isnt the only time Gates comes up in such theories. As the Daily Dot has previously reported, a conspiracy theory asserts that Gates was somehow involved in developing and patenting the virus. Media Matters reports that this theory originated in circles of anti-vaxxers and QAnon followers.

Similarly, the virus originating in Chinese biowarfare efforts appears in another TikTok with more than 100,000 views. This video also falsely claims that the militaryits not clear which, but presumably Chinahas been authorized to shoot anyone who tries to leave the quarantined area.

Yet another, which has 62,000 views, inaccurately claims that a farmer contracted the virus from a pig, and repeats an extremely dubious conspiracy theory that a plague happens precisely every 100 years.

In reality, the plague is a separate affliction caused by bacteria; the coronavirus, as the name implies, is a virus. Further, scientists believe this outbreak of coronavirus originated in bats.

A rather amusing, but nonetheless untrue, TikTok jokes that the virus was caused by K-Pop.

Based on the ease with which the Daily Dot found these videos, it likely there are many more on TikTok.

In response to criticisms of its lackadaisical approach to misinformation, earlier this month TikTok, which is owned by the Chinese company ByteDance, announced an anti-misinformation policy. Its revised community guidelines now include a section on misleading information, which is banned. Once reported and confirmed, TikTok claims it will remove such content.

Our Community Guidelines do not permit misinformation that could cause harm to our community or the larger public, a TikTok spokesperson told Forbes. While we encourage our users to have respectful conversations about the subjects that matter to them, we remove deliberate attempts to misrepresent authoritative sources of news.