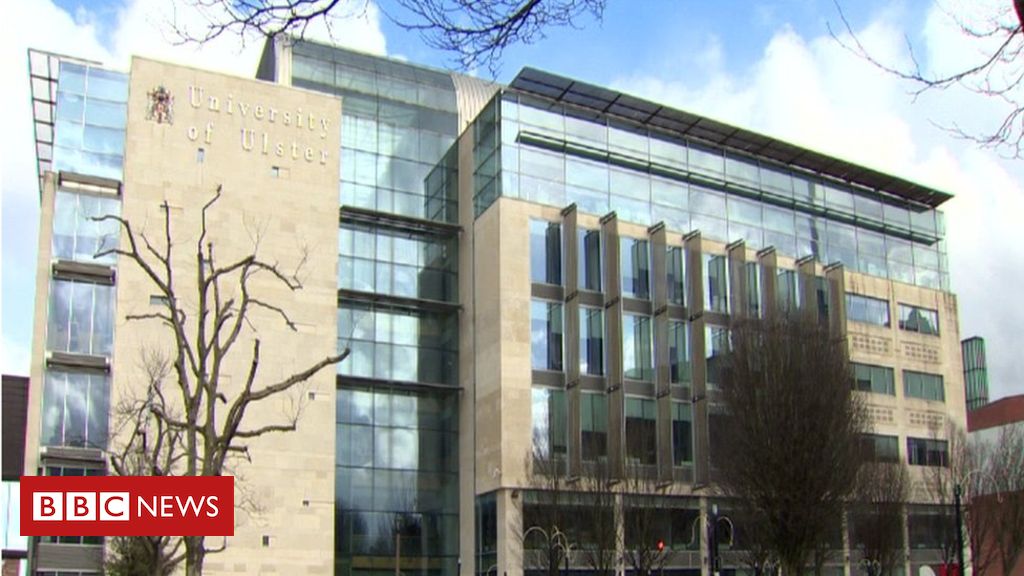 Ulster University (UU) has requested a loan of £126m from the Department for the Economy (DfE) to complete its Belfast campus.

That is according to evidence given by a senior departmental official to Stormont’s Economy Committee.

The NI Audit Office had previously said the final cost was expected to be £100m over the original budget.

UU said ongoing costs for the building were being closely managed and monitored.

According to an audit office report in December, the original business case for the campus put the cost at £254m but it was now expected to cost £363.9m.

Heather Cousins from DfE was questioned about problems with the Belfast campus by MLAs on the committee.

In response to a question from Sinn Féin MLA John O’Dowd, Ms Cousins said “stringent” conditions would be in place around the loan.

“The university got into difficulty with this particular project and we need to have assurance that they are going to be able to manage it in the future and that we won’t see further significant cost increases,” she said.

Later, responding to a question from DUP MLA Gordon Dunne, Ms Cousins said the building was due to be completed in 2021.

However, she said that the department would scrutinise the project much more closely that it had done before.

Mr Dunne asked why that scrutiny had not previously happened.

In response, Ms Cousins said universities were autonomous bodies and the department’s role had been limited to asking for regular update reports.

“We were aware, for at least the last year, that things were going wrong and we not getting regular reports,” she said.

“It’s our understanding also that the university council were not getting full information and this has led to our concern about the how the council and the senior executive team are interacting with each other.”

She said there were “pre-conditions” to the additional loan which would require the university to demonstrate its financial sustainability and their governance.

However, Ms Cousins said the project had been “turned around”.

Later, in the committee hearing, Trevor Cooper from the department’s higher education division, said a conditional loan offer had been made to the university subject to Department of Finance approval.

Mr Cooper also said the interest on the loan to UU was “a quarter per cent”.

The university originally secured a £150m loan from the European Investment Bank (EIB), and also received a grant of £16m from the Department for the Economy (DfE) towards the cost of the building.

However, the EIB withdrew the loan facility in 2017 due to delays in the project.

Lagan Construction Group, which was part of a joint venture building the campus, went into administration in March 2018 causing a further setback.

The NI Audit Office said the university had, so far, spent £61.8m on the campus and had earmarked another £90m in spending from its own budget and reserves.

In addition to the £16m grant, UU had also received £73.5m in additional loans from the Northern Ireland Executive.

The new £126m loan would be additional to that previous money.

A spokesperson for Ulster University said the new Belfast campus was one of the largest higher education capital builds in Europe and would deliver a world-class facility.

“An independent assessment of this project’s overall regeneration impact details benefits to the NI economy of £1.4bn, through this significant investment in the aspirations of our young people, the city and beyond,” they said.

They also said the university was working closely with the Department for the Economy and a range of external partners, and that ongoing costs were being closely managed and monitored.

“The overall cost to the university is expected to be no more than originally anticipated,” the spokesperson added.

“This is due to increased build costs having been offset by restructured finance, and the use of higher levels of institutional reserves built up during the period of delay.

“The borrowing arrangements to complete the project are currently being finalised.”