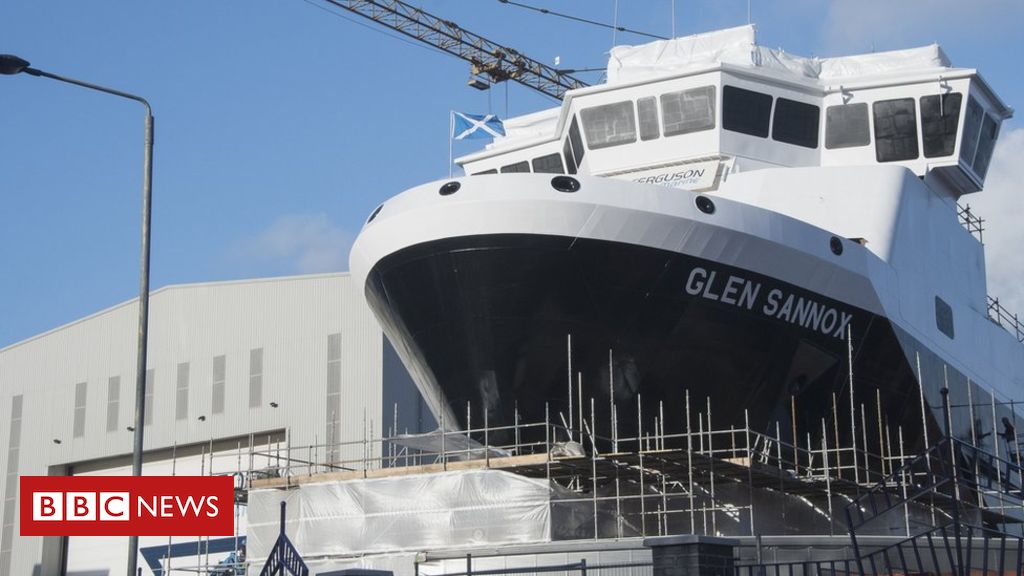 Ferry operator CalMac did not want the type of vessel that is being built for it in a project that is now behind schedule and over budget, an inquiry has heard.

The two new Liquefied Natural Gas (LNG) ferries are being built at the Ferguson Marine yard on the Clyde.

But a Holyrood committee was told the chief executive of CalMac admitted he did not want LNG ferries.

The claim was made by Luke van Beek, a former Scottish government adviser.

The committee also heard claims from tycoon Jim McColl, who took over Ferguson’s in 2014, that First Minister Nicola Sturgeon announced the details of the ferry contract, including the cost of the vessels, before it had been agreed.

Mr McColl called for a public inquiry into the fiasco, and accused Finance Secretary Derek Mackay of making “defamatory” comments about the Ferguson’s management in a parliamentary statement.

The Ferguson shipyard won the £97m contract to build two new ferries for Arran and the Hebrides in 2015.

The ships were to be a new hybrid design – powered by marine diesel and liquefied natural gas – but construction has fallen way behind schedule and the final bill is expected to be about £200m.

The yard collapsed last year, with debts of £49m to the Scottish government, and was eventually taken into public ownership.

It has led to a war of words between Mr McColl, the Scottish government and CMAL, the government-owned company that actually placed the order for the ferries in the first place.

Mr van Beek, who was brought in by the Scottish government to advise on problems with the project, told the rural economy committee there had been a breakdown in communication between the various parties who were involved.

He said the shipyard was well run, but there was acrimony between Ferguson Marine and CMAL because the basic design of the vessels had not been agreed and was too vague when the contract was first awarded.

And he said the ships were not even wanted in their final form by CalMac, which will actually operate them when they are finally ready for use.

Mr van Beek said: “CalMac had a huge interest in getting the ships operational as soon as possible – that is why I thought it was sensible to get them involved.

“I was very surprised when I met with the CEO of CalMac to discover that really they weren’t involved apart from right at the beginning of the process. They made some observations and had said they didn’t want LNG ships.”

Jim McColl on ferry announcement – ‘It caught us by surprise’

Mr van Beek said there was blame on all sides for the project being delayed and over-budget.

But Mr McColl later told the committee that the problems were caused by CMAL “chopping and changing” the ferry design, and said a public inquiry was needed to get to the truth.

He said Ferguson Marine was initially pushing for a price of £105m for both ships, but Ms Sturgeon made the award public before the final price was agreed – saying they would cost around £97m.

He added: “Before we agreed the negotiation the first minister had announced that we had been selected as preferred bidders and the price was £97m.

“CMAL then came back to us and said ‘it’s been announced by the first minister, you’ll just have to accept it’.”

Ms Sturgeon made the announcement that Ferguson was preferred bidder when she joined Mr McColl on a visit to the yard on 31 August 2015, the same day the then Chancellor George Osborne announced £500m of contracts for the Trident submarine base at Faslane.

Asked if documents released by the Scottish government represented a comprehensive record of events, Mr McColl said: “I believe key documents are missing.”

He also said he had been told privately by Finance Secretary Derek Mackay that the board of CMAL would resign if he appointed an independent mediator to settle the dispute.

Calling for a public inquiry, he said: “This needs a lot more investigation.

‘Worked to find a solution’

The Scottish government said the first minister’s announcement about the ferry contract in August 2015 had only been to confirm Ferguson as preferred bidder.

A spokesperson said: “The announcement was made in line with standard practice for procurement, and was not the announcement of the award of the contract, but confirmation of the preferred bidder.

“The construction of the ferries was a commercial contract between FMEL and CMAL. Once it became apparent that those two parties would be unable to reach agreement on the contractual dispute the Scottish government worked to find a solution that would result in the completion of the vessels and a future for the yard.

“That involved encouraging both parties to use all methods available to resolve the dispute, including mediation.”

The government said its turnaround director, appointed since nationalisation, had identified significant issues including Ferguson’s “management of the project – particularly in relation to engineering processes and overall project management”.

“We are committed to transparency on these issues and fully support the independent parliamentary inquiry, which is the appropriate forum for this matter to be discussed,” the spokesperson added.

Last month, CMAL chief executive Kevin Hobbs insisted that Ferguson’s bosses were to blame for the delay and spiralling cost of the two new ferries.

He also rejected calls for the unfinished ferries to be scrapped and the work started again.