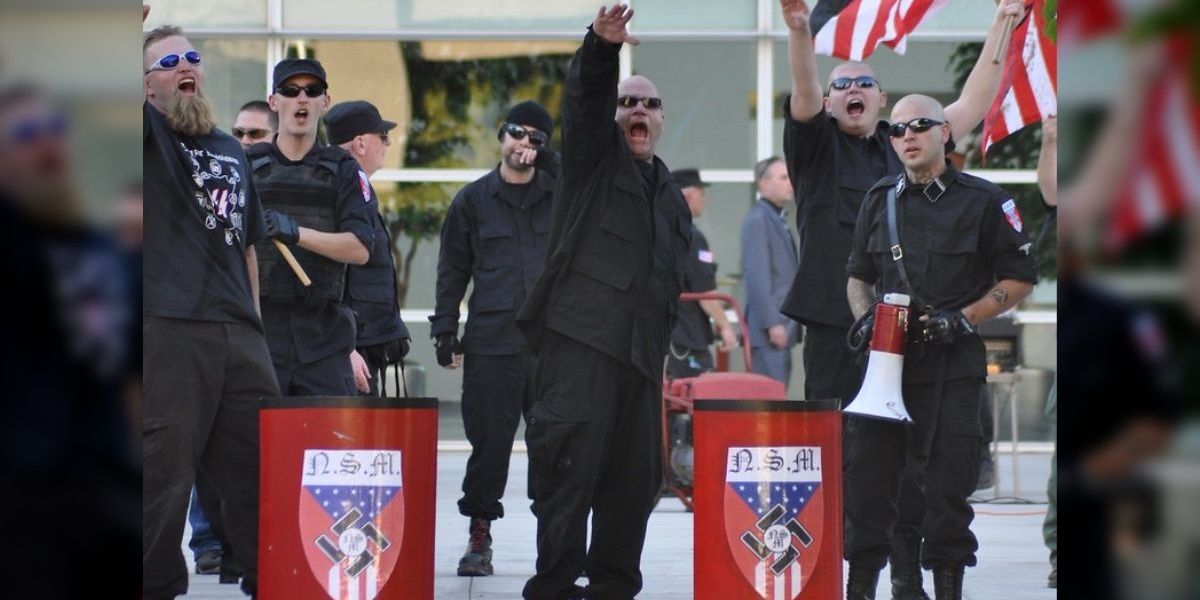 Many people think of “terrorism” and immediately conjure images of ISIS or Al-Qaeda suicide bombers. But in the U.S., terrorism has another face—one that’s far more familiar, but just as dangerous.

FBI Director Christopher Wray announced this week that the agency has raised racially-motivated and ethnically-motivated violent extremism to the same threat level as ISIS. At an oversight hearing with the House Judiciary Committee on February 5, Wray explained that race-based terrorism is now considered a “national threat priority,” which means it will receive the same resources as international terrorism threats such as ISIS.

Wray also clarified last year that the vast majority of racially-motivated terrorist attacks in the U.S. are “fueled by some type of white supremacy.”

Despite a documented rise in race-based hate crimes and ample information on such threats from the intelligence community, the White House has been reticent to address it. In fact, the Trump administration spent its first few years canceling Obama-era grants that funded programs to help fight violent extremism, such as Life After Hate, a non-profit founded by a former skinhead that helps people leave Neo-Nazi and white supremacist movements. It also slashed the office that housed the task force for Countering Violent Extremism.

However, the FBI has been clear on the threat and has been working to address it. Wray says he has now created a “domestic terrorism and hate crimes fusion cell” that combines domestic terror experts and hate crime experts. “They’re working together to not just focus on the threats that have already happened but to look ahead around the corner to anticipate where else we need to be,” he said.

RELATED: A former white supremacist describes the time he changed his mind and ‘life after hate.’

Wray says that domestic terrorists tend to be self-radicalized online. “They choose easily accessible weapons — a car, a knife, a gun, maybe an IED they can build crudely off the internet — and they choose soft targets,” Wray said. “That threat is what we assess is the biggest threat to the homeland right now.”

The problem is, racially-motivated terrorists are often “lone actors” who go can quickly from rhetoric to violence, so predicting an attack can be a challenge—especially since the FBI focuses specifically on violence, not ideology.

“Our focus is on the violence,” Wray said. “We the FBI don’t investigate the ideology, no matter how repugnant. We investigate violence. And any extremist ideology, when it turns to violence, we’re all over it.”

Terrorism of all kinds is, well, terrifying. But while the government pushes more travel bans and a good chunk of Americans equate terrorism with Islam—a religion that nearly a quarter of the humans on Earth belongs to—it’s the white supremacist next door who poses the most immediate threat to our nation’s security. This is why having white nationalists in the White House is legitimately terrifying. This is why it’s wrong to say there are “fine people on both sides” of a rally with Neo-Nazis and protesters of Neo-Nazis. This is why we need to battle white supremacist ideology whenever and wherever we see it, before it has a chance to turn to violence.