How we met: I asked him to move to Berlin with me after a week 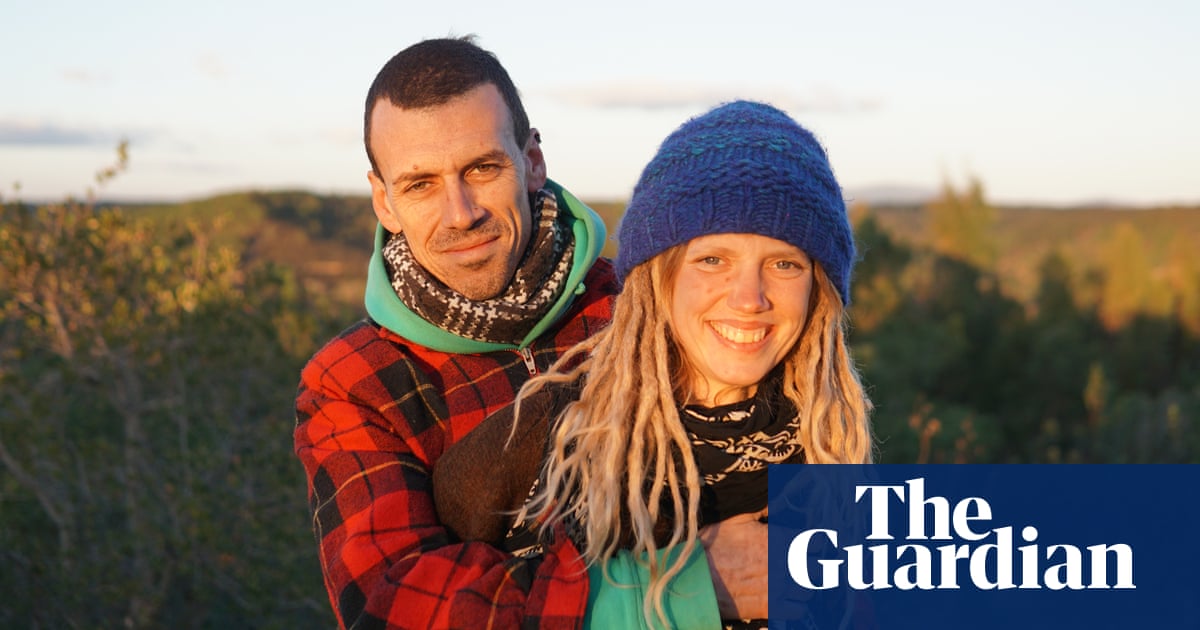 Rob Fox, 37 and Mareike Strahl, 33, met on a farm in California in 2014. They now live in a vegan community in the Algarve with their two rescue dogs

In 2014, Rob left the grey skies of the UK to travel around Canada and the US. I started volunteering on an avocado and olive farm close to San Diego, where they offered food and accommodation in exchange for work, he explains. After a short trip to Death Valley, he returned to find a new worker at the farm. I was telling everyone about my travels and she seemed totally unimpressed, he remembers. I thought she was a bit spiky at first, but I later discovered she is just direct and honest.

Mareike insists she found Robs stories very funny but wanted to know more. I asked him lots of questions about his trip. He seemed interesting and I wanted to get to know him.

It didnt take long for Rob to be won over. By the second day I noticed how at home she seemed outdoors, caring for the rescued animals on the farm. She was so free-spirited and just lived in the moment. She was different from everyone else.

The pair quickly became inseparable. Like the rest of the young volunteers, they were living in shared caravans. We found a tiny corner of space at the end of a caravan with a kitchen in it, recalls Mareike. We asked everyone if theyd be happy for us to stay there together. Luckily they said yes.

Rob says things moved fast because Mareike was only staying for a week. After such a great time together, it hit me like a ton of bricks when I watched her leave, he says.

At the airport Mareike wrote Rob a letter, inviting him to Berlin. It was a six-page letter about what a great time wed had, she says. I said that if he was serious about a future, we could go to Berlin together. I knew it was a place we could live and work without him needing to speak German.

When the letter arrived, Rob didnt hesitate. I knew wed connected, but when I saw it written down on paper it suddenly felt right. He emailed her to say he wanted to make the move, and in December, a few days after he returned to the UK, he flew on to Berlin. I spent the next few weeks getting to know the city and then we went to stay with her family in Hamburg for Christmas.

Mareike had already found work as a graphic designer; a few months later Rob got a job as a content manager for an interior design website. They spent the next two years exploring the city, making friends and visiting the local countryside. But they knew city life was not for them in the long term. We both love being outdoors, says Mareike. But the winters are so cold in Germany. We wanted to settle somewhere warmer.

In March 2017, the couple bought an old ambulance to renovate. We drove it to Barcelona and a friend of ours from California helped us to turn it into a campervan, says Rob. After several months touring Portugal, they settled at an eco-glamping site in the Algarve. We volunteered there and built a vegetable garden. It was meant to be a short stop, but we ended up staying for 11 months. The pair have since moved their van to a vegan community, where they have befriended like-minded people. They both work at a pizza restaurant in the summer, while Mareike also sells fruit and vegetables at a local market.

They love nature and have discovered a shared passion for climbing. In future Im hoping to run cycling and climbing tours for tourists, says Rob. Its what Im passionate about. The couple are working hard to build a home for themselves to continue their sustainable lifestyle. Its going to be a little yurt, says Rob. Were making everything by hand.

Mareike loves her partners sense of humour. He always makes me laugh and I know that whatever happens, things will never be boring. He adores her glass-half-full attitude. Shes such a happy, positive person. I would never be living this amazing life without her but it feels so right.

Want to share your story? Tell us a little about you, your partner and how you got together by filling in the form here.