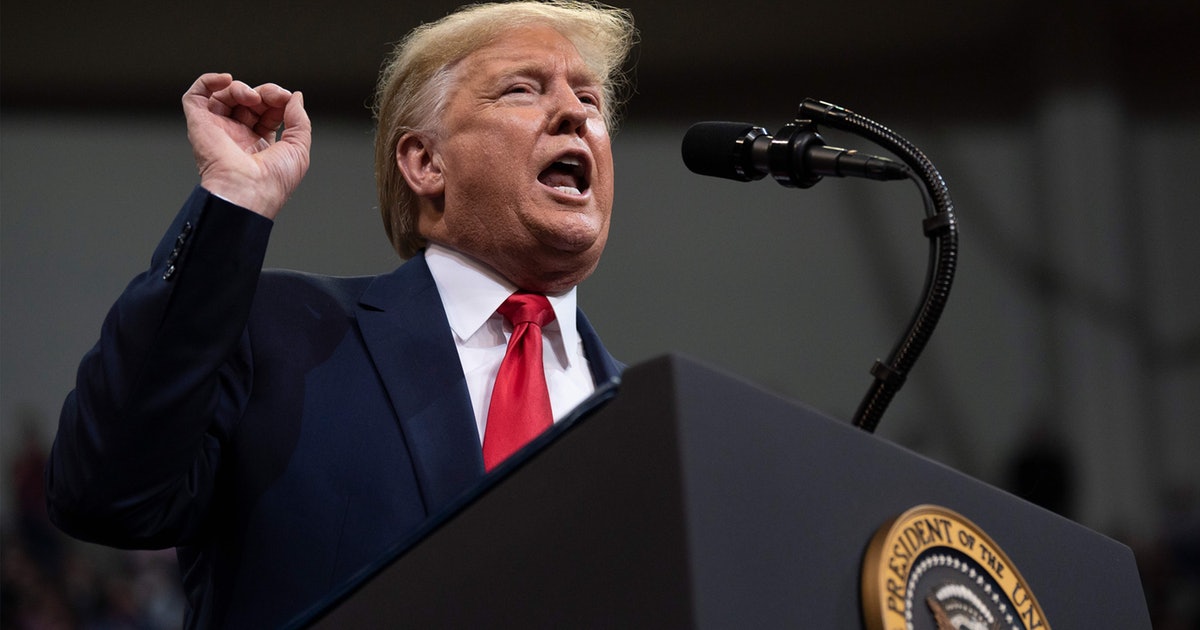 What’s In Trump’s Budget For 2021? People Are Not Happy

On Monday, Feb. 10, President Donald Trump’s administration released its budget proposal for the 2021 fiscal year, and it’s already stirring up some controversy. So, what’s in Trump’s budget for 2021? According to , the $4.8 trillion budget includes some cuts to key social welfare and research programs, while defense gets additional spending.

These safety net cuts could have drastic consequences. Millions of Americans could potentially lose Medicaid and Affordable Care Act coverage under this budget proposal, CNN reported, and an estimated 3.7 million people would no longer qualify for food stamps. The proposed budget would also give Americans fewer repayment options for their student loans, and would do away with the public service loan forgiveness program, which enables not-for-profit and government employees to get their federal student loans canceled if they make on-time payments for 10 years. The White House did not immediately respond to a request for comment on the budget and whether or not these estimates were accurate.

Federal safety net programs are not the only things that Trump wants to cut in 2021, either. According to , Trump’s 2021 budget proposal would cut funding by 9% for the Department of Health and Human Services (HHS), which notably includes the Centers for Disease Control and Prevention (CDC). Under this proposed budget, the CDC could see cuts of up to 16%, per . But reported that the CDC would get a boost in more focused funds under this proposed budget, in an attempt to “refocus” its efforts on infectious disease prevention and public health issues like the opioid crisis.

Even as the Trump administration is proposing funding cuts to gun violence prevention research and federal safety net programs, there are certain efforts that Trump is adamant about funding — and one of those is his border wall. Trump wants to cut environmental spending and foreign aid in the 2021 fiscal year, with a proposed 26% funding cut to the Environmental Protection Agency and a $3.7 billion reduction in funding for the State Department and international aid programs. But at the same time, he wants to allocate an additional $2 billion to build 82 more miles of wall on the U.S.-Mexico border, per Vox. Trump also wants to increase spending across the board to restrict immigration. According to Vox, his budget proposal calls for $3.1 billion to increase immigrant detention center capacities, $4 billion to care for unaccompanied migrant children once they’ve been moved to HHS custody, and $1.6 billion to increase staff sizes across government immigration agencies.

As pointed out, Trump’s budget proposal as it currently stands is unlikely to be approved by Congressional lawmakers. Democratic lawmakers — who have a majority in the House of Representatives — are expected to push back on many of Trump’s proposed federal safety net budget cuts, as well as on his proposals to increase defense and border security spending. But as the November 2020 presidential election approaches, it is clear that Trump is trying to appeal to his conservative base with a budget that prioritizes security and military spending over social welfare and health care programs. These are all key topics this election cycle, and voters can expect to see more debates about all of these issues as the general election draws closer.