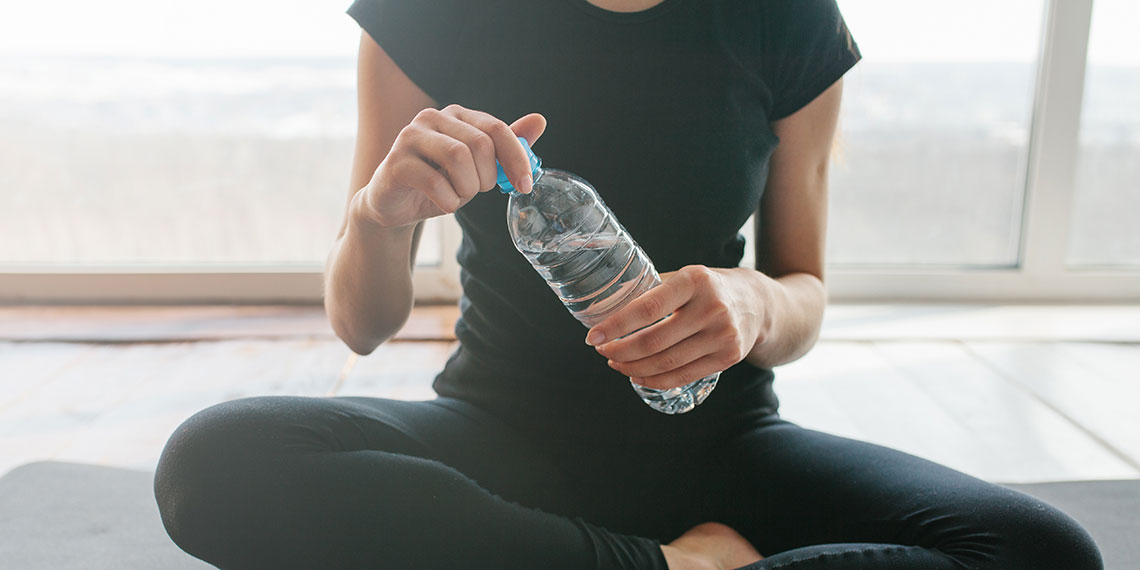 When it comes to diets, it feels like we’ve pretty much seen everything at this point. Over the years, we’ve talked about low-carb diets like Keto, prehistoric diets like paleo, more bizarre options like the Halo Top diet, and my personal favorite, the F*ck-It Diet. Every diet is different, and some are more effective than others, but pretty much every diet can agree on one basic principle: you should be drinking water. But even though drinking water seems like the least controversial health tip ever, there’s officially a diet that disagrees. Today, we’re talking about the Living Water diet, and why it might be the most batsh*t crazy diet yet.

Meet Sophie Prana. She’s an Austrian wellness influencer living in Bali, and she hasn’t had a drink of water in over a year. That sounds like a joke, but Prana is serious as sh*t.

In an interview last week with The Daily Mail, Prana talked about what inspired her to go on the Living Water diet and make this lifestyle change, saying that she “had extreme swelling in my face and joints, as well as puffiness.” While she says that doctors recommended she could get surgery if she wanted her puffy eyes to go away, she decided to try “dry fasting” on the recommendation of a friend who had tried it. She says that she had almost immediate results, and that sticking to this waterless diet for a year has helped with her joint pain, puffiness, skin issues, and even her digestion. Good for her, but I have about a million questions.

If dry fasting is a new term for you, congrats, you’re probably super hydrated! It’s like a normal fast, aka no food, but you’re also not allowed to drink fluids. As someone who keeps a water bottle on my desk and refills it approximately 25 times a day, this sounds like my worst nightmare. Prana says that she does a dry fast every day for 13-14 hours—again, that means no food or fluids. My throat is parched just thinking about doing this every single day, with no end in sight.

Another aspiring fitness influencer, Alise Miksta, takes the dry fast to another level, doing it for 24 hours at a time. Obviously she’s not doing this every day, but going 24 hours without anything to eat or drink is wild to me. On top of that, she says in this Instagram post that she walked 28,000 steps on the day she did it. Ma’am?? Are you okay??? I couldn’t tell you the last time I took 28,000 steps in a day, and doing this without any water seems like a death wish.

For the first time i did 24h dry fast, (apart from 5sips of green tea around 11am when it got too cold) and I’m stoked. I didn’t feel hungry or thirsty and I was out working for 7h and walked to train station that took me just over an hour, one way. (28,000 steps 😉) I can’t believe it took my dad one year to convince me that food is just another attachment and conditioning and that there are people living without water and food… crazy right?! I know, that’s what I thought! But not anymore. I think it’s crazy that we are eating, drinking and sleeping loads and that’s supposed to be normal. I’m not saying I’m quitting food and drinking water… NOT YET! ☺️ 🧘🏽‍♀️ but I’m working on it 🧚🏽‍♀️ . . . having blueberry, spinach smoothie and I’m going out for long run 🏃🏽‍♀️ See you later, alligator! . . . . . . #vegan #rawvegan #smoothie #cleanfood #breatharian #prana #yoga #nature #fruitpower #marathonrunner #ultrarunner #veganrunner #london #dxb #mydubai #garmin #lululemon #nutribuller #latviete #latvian #explore #inspire

Going back to our thirsty friend Sophie Prana, what’s even weirder about her diet are the rules she follows when she’s not dry fasting. As I’ve already mentioned, homegirl drinks absolutely no water. Instead, she relies on “living water” to get her hydration, which means water that’s in food. Which means a lot of fruit. Prana says that she eats a diet that is about 80% fruit, so she’s like a more intense version of those psychos who think a bowl of strawberries counts as dessert. Prana is adamant that she gets all the nutrients she needs from her fruit-based diet, which I’m going to need a doctor to confirm before I believe it.

When talking about the wonders of her no-water lifestyle, Prana goes back and forth between (pseudo)science and sounding like some kind of mystic. “I have been looking for answers all my life and I thought that the universe’s way of sending them to me,” she told The Daily Mail, sounding like a woman who just found a magic lamp in a cave. But she also claims that “Drinking bottled water and water from the faucet actually makes your kidneys overwork and flushes all the nutrients out of your body,” and that liquid water really just makes you feel bloated.

But is any of that stuff about your kidneys and nutrients actually true? On the contrary, the National Kidney Foundation actually makes it seem like water is pretty damn important when it comes to kidney health. According to their website, “Evidence shows that being well hydrated may reduce the risk for kidney stones and urinary tract infections,” and that “Water helps the kidneys remove wastes from your blood in the form of urine. Water also helps keep your blood vessels open so that blood can travel freely to your kidneys, and deliver essential nutrients to them.” Sorry, influencers, but I’m gonna go with the kidney experts on this one.

To get a more direct answer about Sophie Prana’s ~living water~ diet, I reached out to Tracy Lockwood Beckerman, Betches’ registered dietitian and author of The Better Period Food Solution. As I suspected, she wasn’t impressed. “By giving up water, even if it’s for a short period of time, your body goes into panic mode and tries to conserve every last drop it has, which can lead to bloating, fatigue, headaches, and lack of appetite.” Surprise, water is important! And not drinking it can cause more bloating, not less—just as I thought. Beckerman says, “Despite the act of getting water through foods like cucumber and watermelon, you cannot provide your body with enough water from food to get through vital, everyday functions such as sweating, breathing, and going to the bathroom.” As much as sweating can be annoying when you’re trying to look good through an entire day, we can’t forget that it’s actually an important bodily function. And yeah, I guess breathing is important too.

Of course, it’s great to eat lots of fruit, and eating foods like watermelon can help you be even more hydrated, but they’re no substitute for actual, like, water. Beckerman says, “This trend has immensely more negatives and dangerous side effects than positives and hope it fizzles out ASAP.” Well, there you have it. Don’t be a thirsty betch. I’m happy for Sophie Prana that her eye puffiness has gone down, but I would also love for her to take a sip of water. You won’t die, girl!