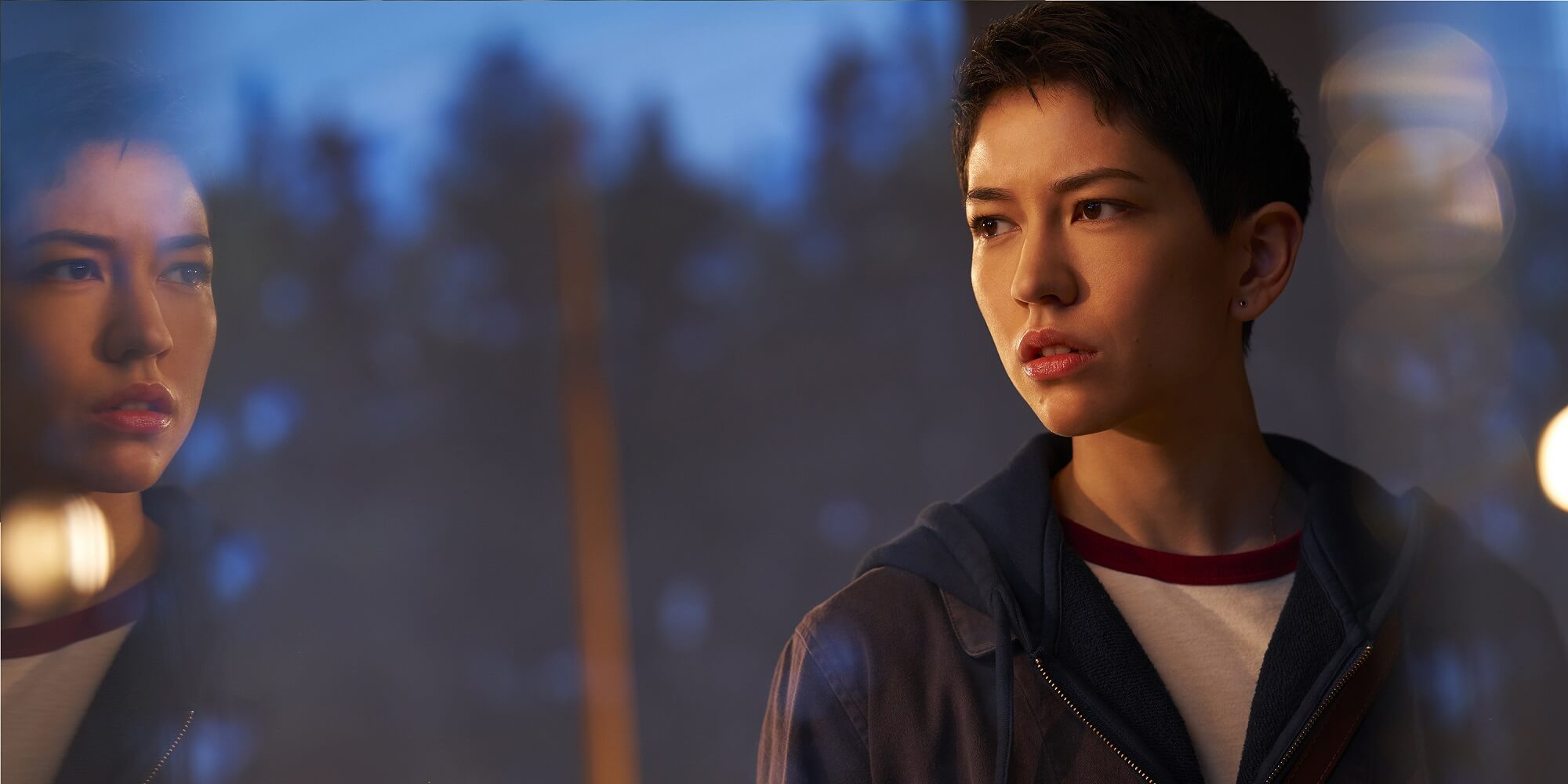 Alex Garlands last project, the brilliant sci-fi/horror movie , was hard to discuss in simple terms. Hulu decided to compound this problem for critics reviewing his new miniseries Devs by implementing such an extensive list of forbidden spoilers that we cant really explain what its about. On the surface, its an 8-episode drama set in Silicon Valley, following a tech worker called Lily Chan (Sonoya Mizuno) whose boyfriend goes missing while working for the quantum computing company Amaya. Its about this in the same sense that Annihilation is about an alien incursion, which is to say: technically thats the plot. Thematically, Devs is concerned with grief, surveillance, and the way world-changing technological advances are shaped by the messy human emotions of their creators.

Devs expands on themes from Garlands recent sci-fi movies, with key roles for some recurring collaborators: Sonoya Mizuno, cinematographer Rob Hardy, production designer Mark Digby, and composers Geoff Barrow and Ben Salisbury (who share their Devs credit with The Insects.) At this point, Barrow and Salisburys vibrant, occasionally nauseating music is as important to Garlands brand as John Williams is to Star Wars, blasting us with a score that ranges from jazzy flourishes to choral hymns to ominous orchestral thrums. Combine that with dreamlike visuals and a giant statue of a toddler, and the show is as stylish as youd hope. It doesnt quite hold up to the gut-clenching intensity of Garlands feature films, but this isnt the first time a filmmaker had teething problems when making the jump to episodic drama. While Devs is more intellectually ambitious than the bulk of prestige sci-fi TV, I still kind of felt like it didnt go far enough.

Central to Devs mystery is a machine. Its represented onscreen as a looming mothership of golden circuits and blinking lights, a helpful visual for the shows philosophical conceitwhich, of course, I cant fully discuss. This machine is the brainchild of Amayas CEO, Forest (Nick Offerman), a familiar figure for a Silicon Valley drama: rich and secretive, with occasional flashes of cultish ruthlessness. Amaya is prosperous enough that he can focus his attention on Devs, the company nickname for his top-secret development department, managed by an unnerving physicist called Katie (Alison Pill). Her teams research involves data-gathering and predictive modeling, technology that impacts our lives to a frightening degree but is still kind of a hard sell for a TV drama.

Alongside Vienna Tengs The Hymn of Acxiom, Devs is the only media Ive seen that successfully illustrates the disturbing, godlike power of tech companies knowing everything about your life. (CBSs underrated Person of Interest came close in a more mainstream, Bourne Identity kind of way.) Religious awe is a useful way to view this topic, which is why the Devs building resembles a temple, with its gleaming machine as a towering reliquary inside. In The Hymn of Acxiom, Vienna Teng combined the language of worship with the alarming Big Brother ramifications of data-gathering: Someone is gathering every crumb you drop/these mindless decisions and moments you long forgot. God sees all, and so does Google. The more tech companies spy on our lives, the more they can predict about our future choices, both personally and as a society. Thats the horror story at the core of Devs, foreshadowed by Annihilations monsters echoing images generated by a neural network.Those entities were trying to replicate Earths ecosystem, but they hadnt gathered enough information to get it right.

This makes Devs sound more abstract than what it actually is: a corporate espionage thriller with an engaging hero and a killer soundtrack. Sonoya Mizuno isnt a household name (yet! yet!) but in her limited rsum, shes already shown impressive range, almost unrecognizable between roles: an impassive android in Ex Machina, a dorky scientist in Netflixs surreal sci-fi comedy Maniac, and a charismatic socialite in . Here shes playing an unassuming young woman who lives the definition of a quiet life, clad in the same featureless loungewear as everyone else in her circle of tech employees. But like so many great thriller protagonists, her steely resolve shines through once shes pushed to extremes. When Lilys boyfriend goes missing, she kicks off her own investigation, running straight into the brick wall of Amayas private security.

Deceptively friendly when hes sitting behind a desk at Amayas minimalist campus, security chief Kenton (Zach Grenier) is the kind of stone-cold attack dog that big corporations hire to protect their interests. So here we have a classic set-up: a powerful business with an expensive secret, bearing down on an underdog hero. But with the exception of Kentons straightforward, sneering brutality, the show avoids using stock characters. Forest is particularly unexpected, both because Nick Offerman is so distinctive and because we have certain expectations for a probably-malevolent tech CEO. Instead of going full supervillain, Forest is downbeat and thoughtful. The point is that hes a normal guy with normal trauma, whose colossal wealth allows him to warp the world around him. Its an interesting choice for the usually-comedic Offerman, but the show might actually have benefited from making Forest weirder and more dynamic.