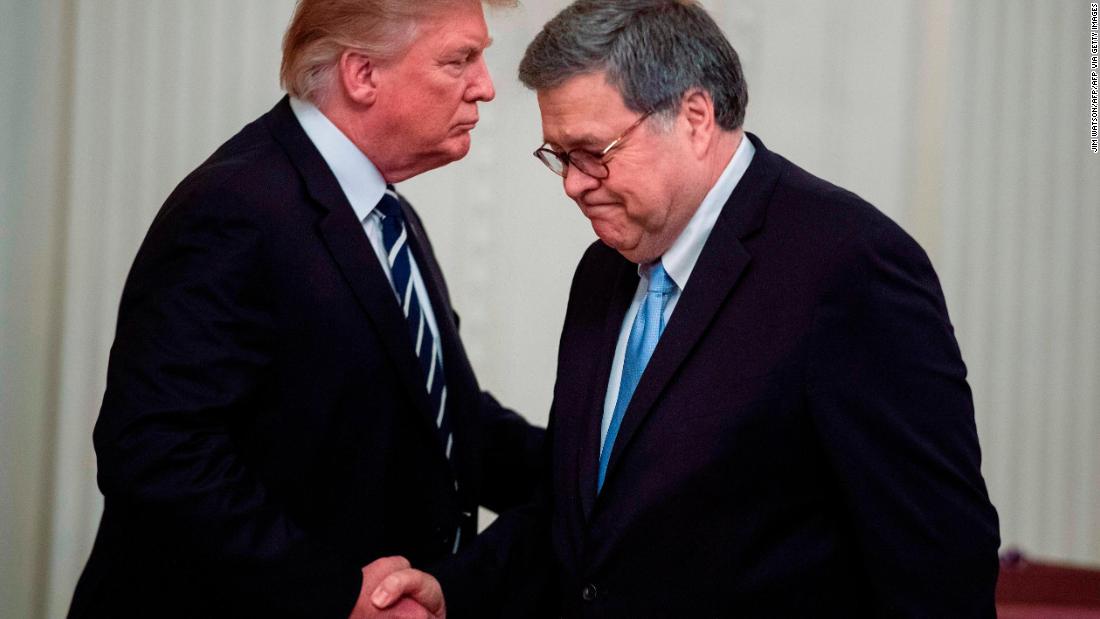 But now, after Trump launched his latest attack on a federal judge and Attorney General William Barr retracted prosecutors’ recommended sentence for Trump ally Roger Stone, the FJA decided such a meeting could not wait for the group’s annual conference in April.
“There’s plenty of issues we are concerned about,” the group’s president, Judge Cynthia Rufe, told USA Today, which first reported the development. 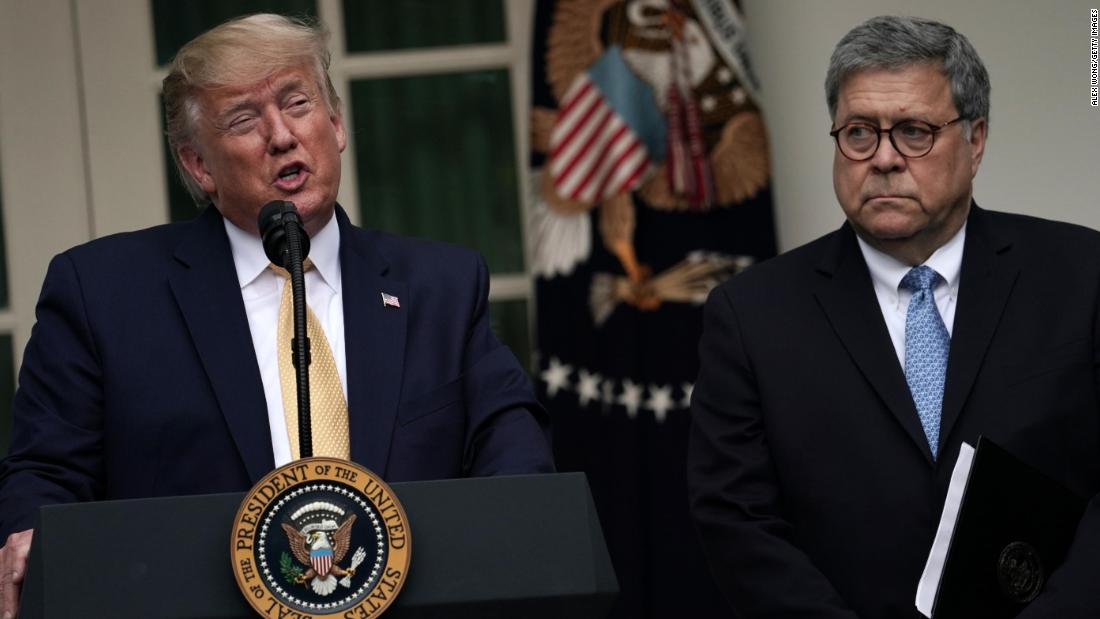 The meeting will occur after a source told CNN’s Kaitlan Collins that Barr has considered resigning over Trump’s interference with Justice Department matters, and the attorney general struggles with morale at the Department of Justice. Since the weekend, more than 2,000 former Justice Department officials who served in Republican as well as Democratic administrations have signed a statement calling on Barr to resign.
With all that is going on, would the meeting by a group of federal judges have any impact on Trump’s missives or Barr’s ability to do his job? It depends.
The group is not associated with the federal judiciary or acting in concert with Chief Justice John Roberts, who presides over the judicial conference. Indeed, some would say that the judges are skating too closely to the code of judicial conduct that bars them from speaking about any ongoing case or controversy. To be sure, there are clear limits on the group’s influence and other judges may not like the whiff of judges — no matter who appointed them — stepping forward in any capacity.
But on the other hand, they are federal judges. And Barr knows that his Justice Department argues before judges. So that even if the meeting results in a lukewarm comment of generalized concern, the fact is that to date, only a handful of judges — including Roberts — have dared to come forward to rebuke the President. The group ratchets up that number.
The meeting also puts a sharp focus on Barr, who just last week implored the President to stop his tweeting. Trump seemed to dismiss the warning, continuing to talk about the Roger Stone case on his twitter feed Tuesday, while publicly expressing “total confidence” in his attorney general.
Tuesday afternoon, Trump said the judges should talk about issues other than himself.
“I hope the Federal Judges Association will discuss the tremendous FISA Court abuse that has taken place with respect to the Mueller Investigation Scam, including the forging of documents and knowingly using the fake and totally discredited Dossier before the Court. Thank you!” the President tweeted. 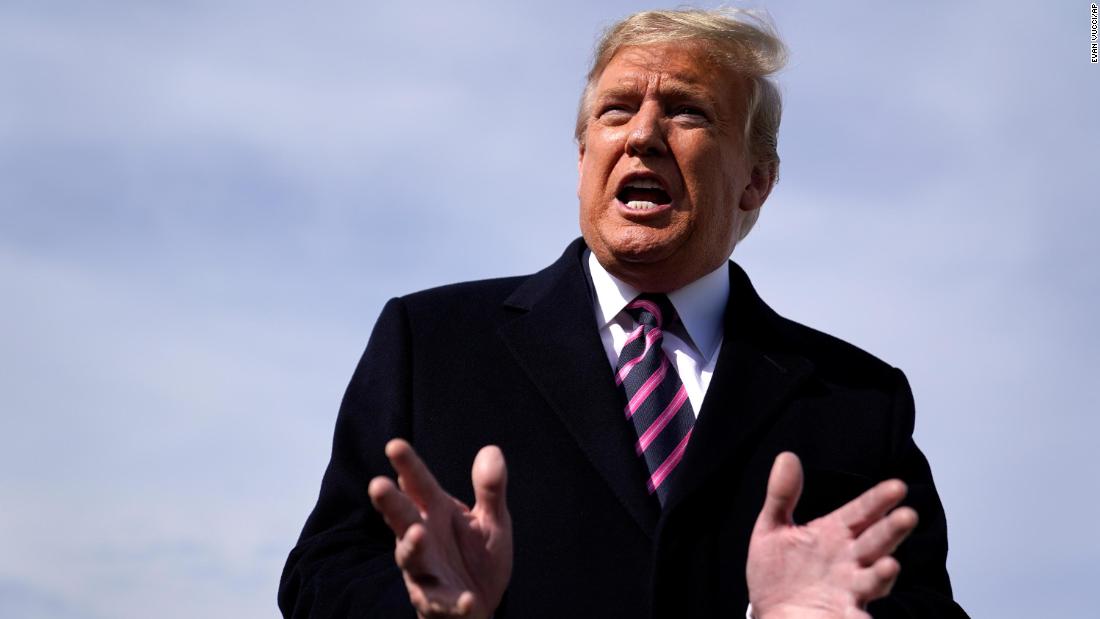 Attacks on the judiciary are as old as the country’s founding. California was once dotted with signs reading “impeach Earl Warren.” More recently, President Barack Obama criticized the court’s ruling in a campaign finance case during an address to Congress as the justices sat stoned faced before him. Conservatives — including at least Justice Samuel Alito — were livid.
But Trump’s tweets are different, weaponizing social media, targeting current cases and controversies and making the job of his Justice Department much more difficult. And that might make a difference. It’s something that Barr has already telegraphed. He told ABC last week that Trump’s tweets “about judges before whom we have cases” make it “impossible” for him to do his job.
Barr is no stranger to judges and he knows that courts are likely understand the difference between a President’s public statements and the law and facts of the case. Barr’s focus will target the judges that are hearing the cases, and not a subset of the FJA. Still, he did not mince his words with ABC.
Wednesday’s meeting suggests that more judges feel that more has to be done. And that is something that Barr would have to watch for.
For instance, Trump’s own Supreme Court nominee, Justice Neil Gorsuch, pushed back in 2017 when Trump attacked a federal judge who blocked his administration’s travel ban.
“When anyone criticizes the honesty or integrity of the motives of a federal judge, well I find that disheartening. I find that demoralizing, because i know the truth,” Gorsuch said during his Senate confirmation hearing, in response to a question from Sen. Richard Blumenthal about Trump’s tweets.
Asked if “anyone” included the President, Gorsuch said: “Anyone is anyone.”
Wednesday’s planned meeting is just a next step that could be limited.
The executive director of FJA told CNN Tuesday that the decision to call the meeting was made by the group’s executive committee and its officers. Seven members of the nine member executive committee were nominated by Democratic presidents.
Critics will seize on those numbers.
But the fact remains that these are still federal judges. And if they mark the early stages of a snowball, it could build into something much bigger particularly if it gains traction with more judges or the Administrative Office of the US courts.
The President may not understand that — but Barr does.