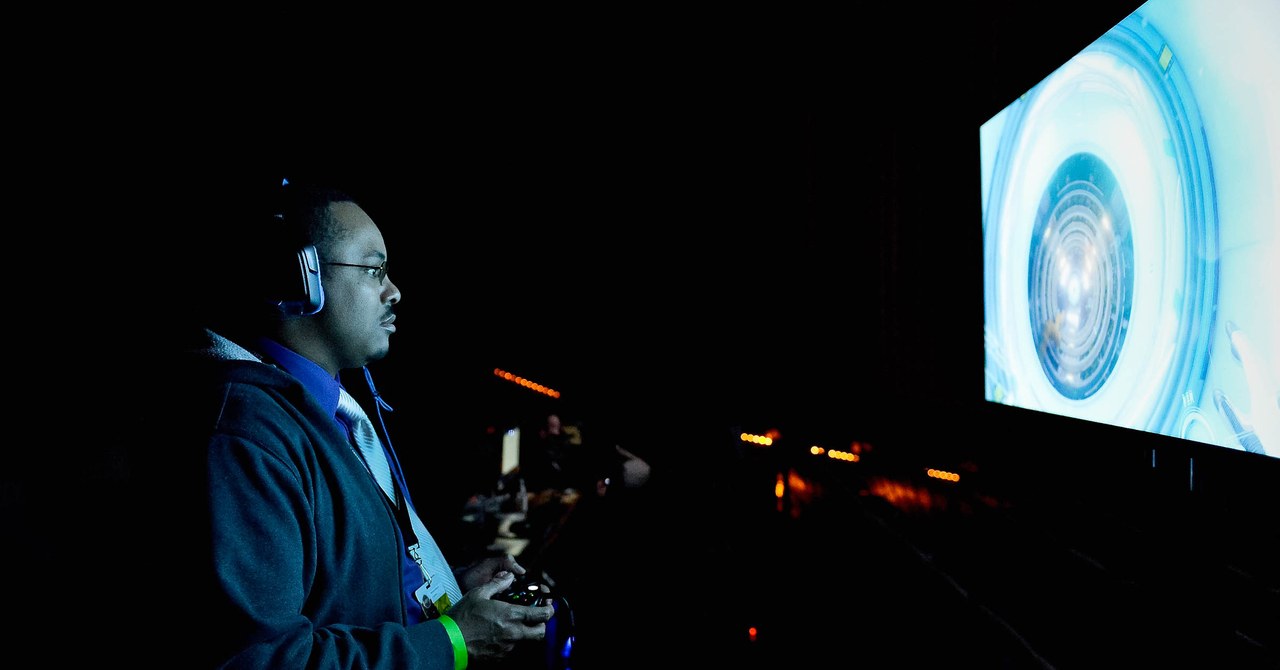 Happy Friday and welcome to Replay, WIRED's rundown of all of the week's big videogame news. What's happening this time around? For one, Covid-19 is impacting a couple upcoming gaming conventions. Also, No Man's Sky now has living spaceships. Let us explain.

Sony, Facebook Drop Out of Conventions Due to Covid-19 Concerns

The outbreak of Covid-19, the disease caused by the novel coronavirus that appeared first in China late last year, has had a major impact on international business, as a number of corporations in China and globally have taken precautions to avoid even the risk of contact with the virus. Now Covid-19 is affecting the videogame industry as well. This week, Sony and Facebook pulled out of two of the biggest gaming events of the year—the PAX East convention and the Game Developers Conference—citing Covid-19, and as Sony said in a statement, because of the fact that "the situation related to the virus and global travel restrictions are changing daily."

Facebook, which usually touts its virtual reality and augmented reality efforts at GDC, said in a blog post that the event "is always a highlight of our gaming event lineup; however, the health of our employees and the wider games community comes before anything else." A spokesperson also told CNBC that while Facebook wouldn't be sending any employees to PAX East this year, the company is “eager to attend and participate in future PAX events.” Sony, which typically shows off its PlayStation offerings at the conventions, shared similar concerns.

In response, GDC released a statement to CNBC, saying: "We take the health and safety of our game development community very seriously. Following the strict quarantine laws put in place by the US government and guidance from the Department of Public Health, WHO and CDC, which has seen us put in place enhanced on-site measures, we are confident that the Game Developers Conference will follow in the footsteps of other large and successful international events taking place at the Moscone Center" in San Francisco. Similarly, PAX's event director Kyle Marsden-Kish told Boston TV station WHDH that while event organizers were "saddened" that Sony would not be participating, "we look forward to welcoming our friends at Sony to future PAX events and are focused on making PAX East 2020 a successful and enjoyable event for all attendees and exhibitors.”

Persona 5, a Japanese role-playing game first released in 2018, is getting an expanded re-release this year in the form of Persona 5 Royal, which includes expanded content as well as some broader modifications to the shape of the game. One of these modifications, as IGN reports, will be to edit some scenes that many players of the original game considered homophobic. The scenes, scattered throughout the game, feature grown men being, well, perverse toward the teen male protagonist in a way that, to many viewers, suggested a degree of insensitivity to queer players.

Persona 5 Royal, then, will feature updated versions of the dialogue, which will be edited to avoid such troubling overtones. Though, it's worth noting that this only seems to be happening to the version of the game being released in the West. What will happen to the Japanese version remains unclear.

No Man's Sky Is Now a Game With Living Spaceships, Which Is Weird

No Man's Sky, Hello Games' universe simulator, was immensely controversial upon its initial release for a perceived lack of core features. (This was largely pretty unfair, but that's what happened.) Now, it's brimming with them, and some are … incredibly bizarre. Like, for example, the game now features living spaceships. They're, like, weird tentacle monster spaceships, with cockpits replete with veins and folds and they probably breathe in some entirely unsettling way. To get them, you have to grow them, and they hatch from items called "whispering eggs." The whole thing is kind of creepy, but it shows what a creative, odd title No Man's Sky has become.

Recommendation of the Week: Bayonetta by Platinum Games, on PlayStation 4, PC, and Nintendo Switch

Do you want to feel cool? Do you want to feel like the baddest bitch alive? Do you bemoan the lack of good women in games but still don't mind when a heroine is sexy—so long as she owns it? Bayonetta is for you. If you've never played it, it's one of the coolest games of the past decade or so, a nonstop thrill ride of demons and angels and guns and death. Also, all of Bayonetta's weapons use her hair. Which is an extremely weird premise, but props for creativity.