How secure is Nicola Sturgeon’s future? 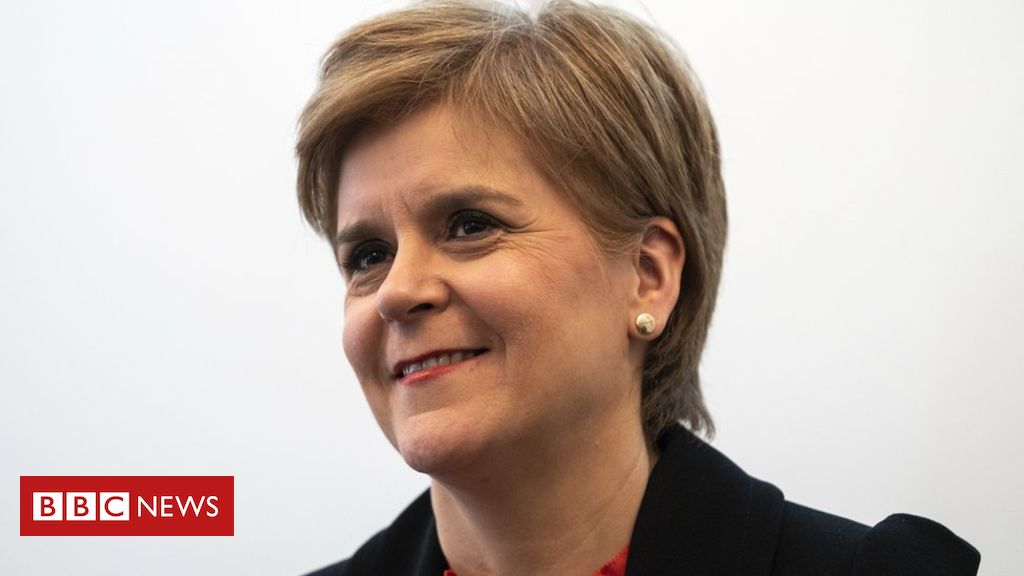 Take a quick glance at Scottish politics and things could hardly look better for the SNP.

The party won more than three-quarters of seats in Scotland at December’s election.

The Conservatives and Labour languish far behind in the Scottish polls. Those polls also suggest support for Scottish independence is about 50%.

Yet things are seldom that simple in politics. Behind the scenes, there are factions in the party increasingly willing to criticise the leadership’s strategy and First Minister Nicola Sturgeon’s record.

There are even conversations how about much longer Ms Sturgeon will be in her post.

Calls for a plan B

Tensions are most obvious on independence. Some critics say Ms Sturgeon has budged too slowly – waiting too long to ask Boris Johnson for the formal powers to hold a second independence vote and then being too slow to come up with a plan B when he said no.

There is an increasingly public debate. Some senior figures in the party, such as MP Joanna Cherry, are urging Ms Sturgeon to test the legal waters to see whether the Scottish Parliament can hold a referendum without Westminster’s agreement.

Others – such as veteran MP Pete Wishart – are publicly rejecting that argument, saying it is uncertain and dangerous. Others still want Ms Sturgeon to hold a consultative referendum if the UK government won’t budge.

The MP Angus MacNeil is one of those who think Ms Sturgeon has moved too slowly.

“It may be a bit early to say yet,” he said. “But if it was me, I’d have a different strategy; I would have Nicola Sturgeon’s strategy and I’d also have another strategy in parallel so that when something was to hit the brick wall, there was something else to go with it.”

He added: “The SNP conference last autumn didn’t even want to discuss a plan B and went with plan A. It would seem that plan A has hit the brick wall.”

Mr MacNeil is not the only one with concerns – and that’s something rare in a party well known for discipline and unity.

Privately, others also say they think Ms Sturgeon has got her strategy wrong.

There is criticism Ms Sturgeon has talked repeatedly about an independence referendum this year – despite almost nobody thinking it’s a realistic prospect.

One parliamentarian said she now would look “stupid” if a referendum in 2020 didn’t happen despite those repeated demands.

Tensions on independence are one thing – but there are also those in the party increasingly prepared to criticise the Scottish government’s record in recent years.

Some have told me they think Ms Sturgeon’s government in Edinburgh looks tired and lacks ideas. They are arguing there needs to be a complete overhaul of the Scottish cabinet, which they say lacks genuine talent.

This isn’t a flood of criticism at the moment but some in the SNP are unhappy and think there needs to be change.

Which brings us on to Ms Sturgeon’s future, which has been a topic of conversation behind the scenes for months now.

The SNP is facing an extremely challenging few weeks.

In a fortnight, former leader Alex Salmond will go on trial accused of attempted rape and sexual assault. He denies any wrongdoing.

There will also be an inquiry in the Scottish Parliament into how Ms Sturgeon’s Scottish government handled complaints against Mr Salmond, her predecessor. Remember, he successfully sued the government in Edinburgh and was awarded costs of more than £500,000.

Increasingly, there are those in the SNP considering the possibility of life after Ms Sturgeon – and even some who think she might not be around for much longer.

Figures in the party have told me recently she might be in trouble – and might have to stand down in the summer. A few have used the exact same phrase: she might have to “fall on her sword”.

I put that point to a couple of SNP politicians who agreed to interviews.

First, Mr MacNeil, who said: “I suppose that’s maybe a matter for events and Nicola Sturgeon – who knows? What I’m concentrating on is not so much the personalities involved but it’s the issue of independence.” Hardly a full-throated endorsement.

I also asked Kenny MacAskill, who was Justice Secretary in Scotland under Mr Salmond and is now an MP. He praised Ms Sturgeon but also used a phrase that always raises eyebrows in politics: “There is no vacancy.”

Could there be a vacancy soon?

“You never say never in politics – but at the present moment there is no challenge in the SNP, nobody seeks it, we’re comfortable with Nicola’s leadership. We’ll see what happens but she still has a lot of fuel in the tank,” Mr MacAskill said.

Many of Ms Sturgeon’s supporters are now prepared to discuss the prospect of her standing down – and some are taking it very seriously. One, when asked if she would survive, simply answered: “I don’t know.”

As a result, some are urging the leadership to think about a contingency plan to replace Ms Sturgeon with a like-minded figure if she has to quit.

One told me: “I’ve been saying this for some time, ‘What’s the plan? There has to be a plan.'”

They aren’t convinced there is one, despite names being linked with the leadership.

Derek Mackay was, until recently, one of them. That’s one of the reasons his resignation – after the Sun revealed he had been sending a 16-year-old messages on social media – was seen as such a blow by some in the party.

Some talk about a steadying figure being brought in temporarily, such as Scotland’s Deputy First Minister, John Swinney. Others have suggested Ms Cherry – but she may find it difficult to lead from Westminster. There are other names being discussed too.

Nothing is inevitable; it would be wrong to assume Ms Sturgeon is on her way out.

Many in the SNP think all of this is overblown and she will be around for some time. They are convinced the first minister has a way to go and are determined to protect her in the coming months.

But there are cracks emerging.

A spokesperson for the SNP said: “The SNP has won the last five parliamentary elections in a row in Scotland – two at Holyrood and three at Westminster – and recent polling shows us 20 points ahead of our nearest opponents.

“Meanwhile, support for independence is at an all-time high, while other parties flounder and struggle to make any ground at all.

“That is a commanding position and one that our opponents can only dream of. We take absolutely nothing for granted, and will continue to work hard to retain the trust of the people of Scotland.”