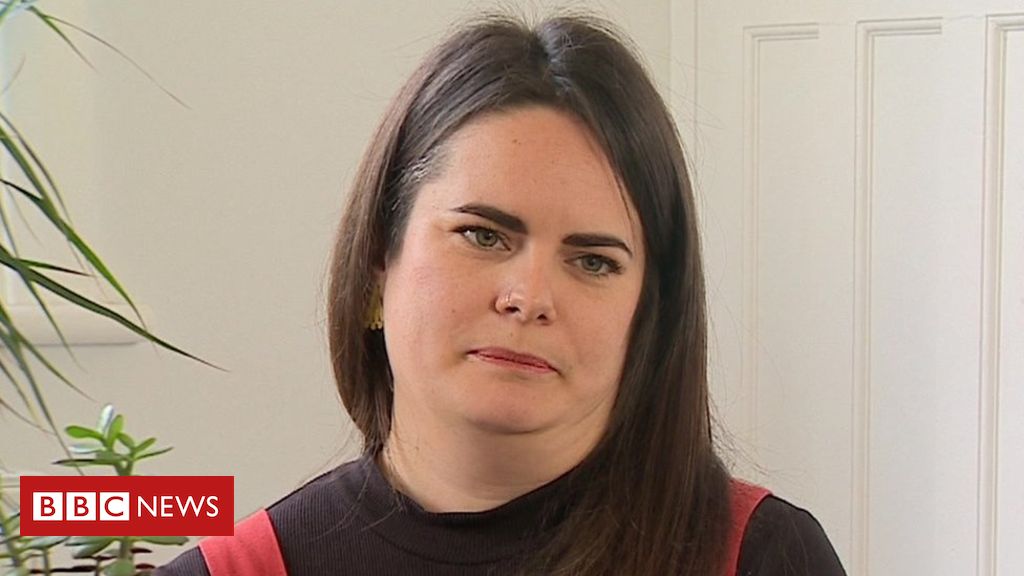 Hoping to buy a home? You’ll have to get across the UK’s huge housing gap.

Researchers have used the averages of recent studies to estimate the possible scale of the current shortage, which will grow as the UK population increases in size.

This gap – the difference between the current housing stock and the number needed for everyone to have a decent home to live in – is more than one million homes, according to the BBC Housing Briefing.

A lot of the pressure from the gap falls on people renting privately.

Zoe McKendree, 33, spends more than a third of her pay on rent for her shared flat in Brixton, south London.

She dreams of the keys to a home of her own but that is a distant prospect.

Instead, she has had to contend with what she said were “callous” landlords and escalating costs.

She has also experienced multiple no-fault evictions, where private landlords evict tenants at short notice without a good reason.

Zoe says: “I can’t do things like buy a car, which I would really like to. I can’t move out. I have to still be in a flatshare.

“I also keep getting evicted through no fault of my own, and each time that costs me over a thousand pounds. So every time I save money, which I could put towards a deposit, it’s gone.”

The government has said it intends to ban no-fault evictions in England.

In a poll of more than 2,000 people for the Affordable Housing Commission, 13% of adults said their mental health was affected by their housing situation.

Looking just at those in unaffordable housing – costing more than a third of income – produced a greater level of concern.

Twenty-five percent of the sample said their mental health had suffered. That’s potentially millions of people.

Despite having a good job with a charity, Zoe feels her quality of life has hardly improved since her early 20s.

She adds: “It makes me feel really anxious – it made me very depressed. It made it really difficult to look for work because I had so much of my mental time worrying about where I was going to live.

“You can’t really present yourself best for an interview if you’re sleeping on a friend’s sofa and you’re really worried you’re going to be homeless.”

Behind the stress is a shortage of places to live.

The BBC’s Housing Briefing estimates that we have built 1.2 million fewer homes than we should have, and the need for more homes is increasing.

The calculations suggest it will take at least 15 years at current building rates to close the gap, and that not enough of what is being built is affordable.

‘I very rarely spend anything on myself’

Hannah Clark from Oxfordshire, now aged 32, has been saving since she was 14 in the hope of being able to put down a deposit on something affordable.

After her father had a stroke, she realised, as a teenager, there would be no help from the bank of mum and dad.

“I very rarely even now spend anything on myself,” she says.

“There’s a sense of guilt, because I have to save for a roof over my head. I have to have security for my future.”

In contrast to Zoe, Hannah has been living rent free with family members, currently her sister, while she puts money aside.

It sounds an easier route, but Hannah says her mental health has been affected.

“If you’re living under someone else’s roof you’re constantly under their rules and therefore you can’t have a relationship really with anyone. You can’t invite them back,” she explains.

The Affordable Housing Commission found that more than half of 18 to 24-year-olds live with family, and 18% are still doing so as 25 to 34-year-olds.

At the same time, government statistics show that the number of young adults living with parents is on the rise.

Hannah has managed to build up a nest egg and aims to use it for the deposit on a small studio flat.

She has been working for a publishing company and running a small business on the side selling illustrations.

But she says the challenge of getting her own home has been a constant stress.

A spokeswoman for the Ministry of Housing, Communities and Local Government said: “”Since 2010 this government has delivered over 464,000 new affordable homes, including 114,000 social homes. In addition to this, the social housing waiting list has decreased by 40% since 2012.

“Last year we delivered more homes than any year in the last 30 years and have committed to delivering a million more in this parliament.

“We have also abolished the council borrowing cap so local authorities are able to continue to build more social homes, giving families the chance to find somewhere that is safe and secure.”

For more facts about the UK’s housing system download the new BBC Briefing on housing.