What is a technocrat? 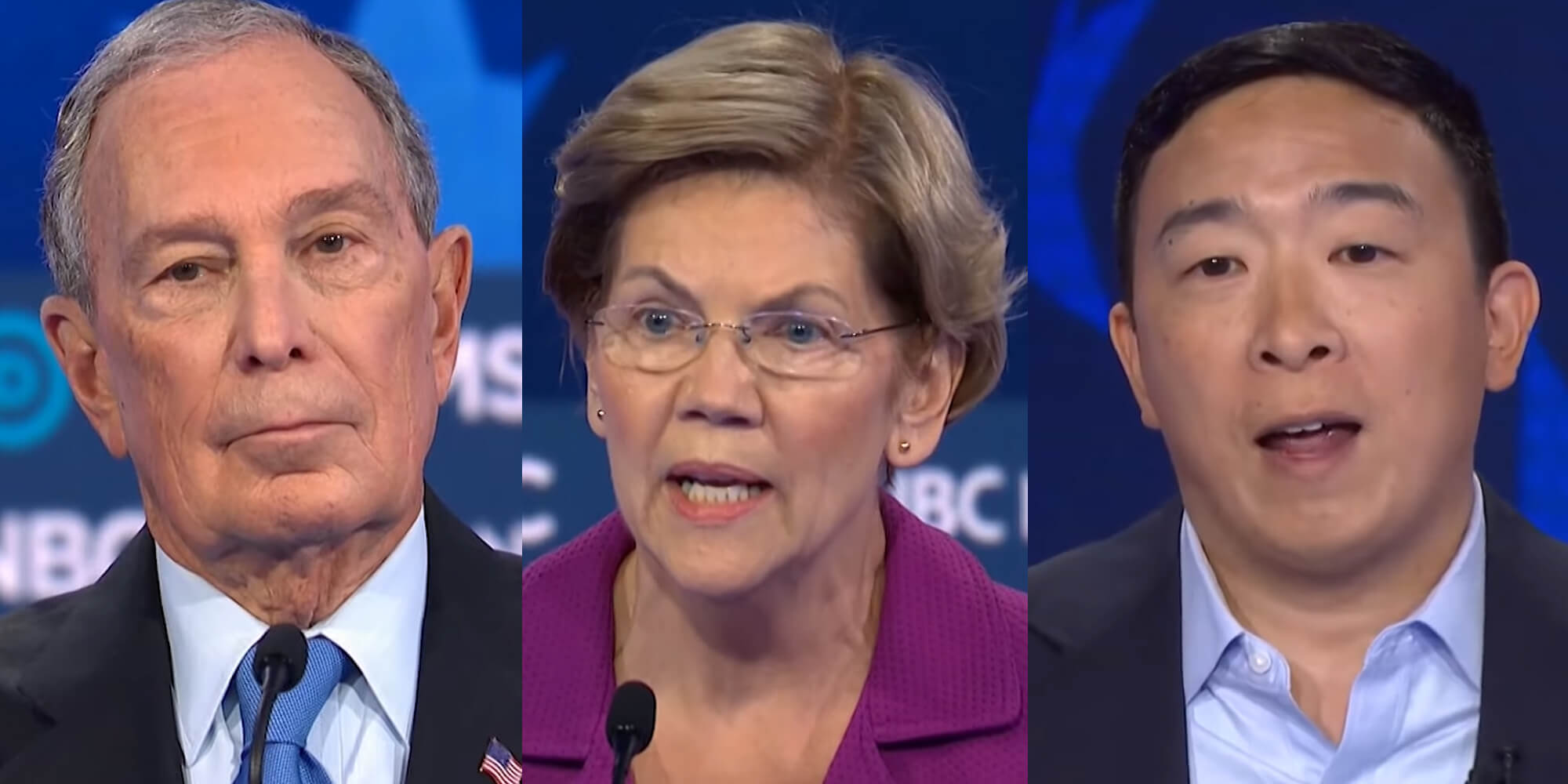 Six Democratic candidates were given another chance to persuade voters at the Las Vegas Democratic debate on Wednesday. On stage, stood a businessman, a former law professor, a mayor, two former lawyers, and one life-long politician.

If the race were merely up to political experience, then the debate stage would have fewer podiums. But, recently, American voters have preferred candidates from varying backgrounds.

But, at a certain point, limited political experience may hinder a candidate. It limits party support or prevents a candidate from doing the job they were elected to doto be a politician.

There is a term for a non-politician politician. They are called technocrats.

Although its a term thats been used with a negative connotation of late, the real meaning is not quite what you think.

Heres everything you need to know about the term Twitter is using to label some Democratic candidates.

What is a technocrat?

A technocrat describes a politician that comes from a background that excludes politics. Specifically, a technocrat has some sort of other expertise, such as finance or medicine prior to their political career.

Technocracy, in theory, is supposed to work better than the traditional party system. Technical experts make decisions based upon their esoteric knowledge rather than persuasion from party politics.

But, it is only a theory and its success does not always translate into reality.

Technocrats are considered the elites of their area of study, which inherently separates them from their constituents wants and needs. For example, a technocrat with a masters degree in economics may not consider the social impacts of whatever fiscal policy they choose to implement.

They also tend to make short-term decisions due to their limited time in office.

When did technocracy begin?

Technocrats are most commonly found in communist regimes and got their start in the early 20th century. Engineers made their way up the ranks in the Soviet Union to highly esteemed political offices.

NowThis World credits the Soviet Union as one of the first technocracies.

The technocratic movement also made its way into the United States government during the 1930s. Replacing politicians with scientists and engineers was an early attempt to fight the Great Depression.

Howard Scott, who has been deemed the founder of the technocracy movement, formed the Technical Alliance of New York in 1919. The scientists and engineers that made up the alliance worked to solve social issues with science.

Where are technocrats today?

Today, no entire extreme form of technocracies exists. But, there are some powerful leaders that do not come from political backgrounds.

China is often compared to a technocracy as ITS president, Xi Jinping, first graduated with degrees in Chemical Engineering and Law.

Closer to home, the American political system is seeing more technocrats with each passing election.

Although the majority of the U.S. government is run by established politicians, there has been a trend towards candidates that have a certain distance from their parties.

Probably the most notorious is the current president, although many wouldnt call him that. President Donald Trump had no previous political or military experience prior to taking office in 2016. His background in business and promises to fight corruption down on Capitol Hill earns him term. Whether hes an expert in his field likely, though, depends on your perspective.

This campaign cycle, a few more technocrats joined the race.

Many deemed entrepreneur Andrew Yang as a technocratic candidate before he dropped out this February. His website proudly states Parent. Patriot. Not a Politician. Prior to running, Yang worked as an attorney before switching to business. He then went from business executive to start-up founder.

His technocratic approach to his campaign was demonstrated through his clear cut stance on any given policy. His website still states the 150 policies he would have supported as president.

Former NYC Mayor Michael Bloomberg is also considered a technocratic candidate. Bloomberg started his career in financial services, where he became the 12th richest person in the world as CEO of Bloomberg L.P.

In 2002, he successfully ran for mayor of NYC. He served the city for three terms. Since his political career, Bloomberg switched from Democrat to Republican to independent and then finally back to Democrat.

But, his actions as mayor speak the most to his technocracy. He is widely known for his attempted bans on soda, cigarettes, and guns. In order to get the soda ban passed, he overrode the New York City Council by going directly to the board of health, according to Politico. Soon after, a court dismissed his ban as it exceeded his authority as mayor.

It was a short term move in order to gain immediate success perhaps driven by his technical businessman mindset.

The last technocratic candidate running for the Democratic nominee is Sen. Elizabeth Warren (D-Mass.). She began as a law professor specializing in bankruptcy.

On Twitter, the term technocrat takes on a more derogatory variation of the original definition.

Many people use it to refer to politicians who form their careers on meaningless or out-of-touch policy changes and who prefer to implement policy solely focused on the short-term and who refuse to analyze the social ramifications of their work.

Its someone who looks at welfare policies through the lens of an Excel spreadsheet and not at the people they help would be deemed a technocrat. It implies a sort of soullessness that many people think politicians embody.

Its also used to describe candidates who arent motivated by any underlying political philosophy, who believe the most important element of being a politician is getting things done.

One severely out-of-touch policy that has labeled Bloomberg as a technocrat is stop and frisk. As mayor, Bloomberg supported a procedure that encouraged police to stop and pat down New Yorkers if they seemed suspicious. Most of those stopped were Black and Hispanic Americans who had not committed any crime.

Bloomberg doesnt get that he didnt earn his money; he doesnt get that his tepid apology for #stopandfrisk belies his authoritarian technocrat instinct to the next tone deaf edict for the good of all bloombergians. No. Thank. You. #NotMeUs, @dangerhouse tweeted.