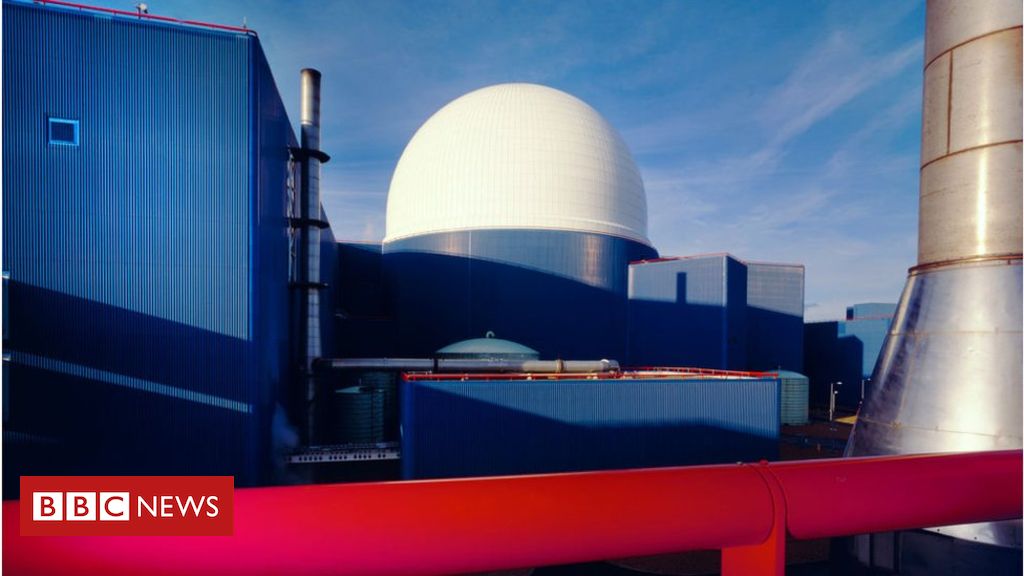 The UK will miss its goal of net zero carbon by 2050 unless it finds a way to finance nuclear power stations, the nuclear industry has said.

The industry sent a confidential letter to Chancellor Rishi Sunak which has been seen by the BBC.

The letter was prompted by fears that the government will use next week’s Budget to ditch a plan to pay for new plants through a levy on energy bills.

The scheme would have added an estimated £6 a year to energy bills.

It was put forward by the Treasury last year as a way of paying for a planned new power station at Sizewell in Suffolk.

All but one of the UK’s existing nuclear power plants, which provide about 20% of the country’s electricity, will be retired by the end of the decade.

Only one new one, at Hinkley Point in Somerset, is under construction.

It is being paid for by the French utility company EDF and its partner in the project, China General Nuclear Power Corp (CGN).

The construction is backed by the promise that the UK will pay £92.50 for every megawatt-hour it produces, more than double the current market price.

The high price has attracted severe criticism, and prompted the search for a new way of financing nuclear plants.

“There is an urgent need for a new, robust financing mechanism which ensures investor confidence, reduces the cost of capital, and provides very significant value to the consumer,” states the Nuclear Industry Association’s letter to the chancellor.

“Without the right policy framework and investment model in legislation, then replacing this capacity and underpinning our future power needs becomes impossible to achieve.”

The association adds that the UK cannot rely on “weather-dependent” renewable energy – wind and solar power – for all its future power needs. Nor could it wait for “breakthrough” technologies to emerge.

“The Committee on Climate Change’s Net Zero report recommended that a future energy mix should be made up of 38% firm power, of which nuclear is the only proven, commercially viable option,” the letter says.

It also finds fault with the National Infrastructure Commission’s conclusions on nuclear power, saying they do not properly take into account the government’s climate-change commitments – the same reason the Court of Appeal recently blocked the planned third runway at Heathrow.

The commission has said the UK will need just one more new nuclear plant the size of the one under construction at Hinkley Point. “This conclusion is fundamentally flawed – not least because the assessment takes no account of the now legislated net zero commitment,” the letter says.

However, nuclear campaign organisation CND said it would be better if the levy were scrapped.

Kate Hudson, CND general secretary, said: “Government subsidies for the nuclear industry – like a £6 per head levy for Sizewell – are in effect propping up a failed industry, which is why we welcome any plan to scrap them.

“Not only is nuclear power more expensive than renewables, every nuclear power plant built since 1951 has averaged £4bn in losses.

“It seems the government may finally be waking up to these economic and environmental realities.”

Nuclear industry executives said the Treasury was taking a dim view of the plan to finance plants through a levy on customer bills.

Its accounting experts have said that because the plan would see the government picking up the bill for big cost overruns, the total cost could count as part of government borrowing.

On Tuesday, the government showed a willingness to shake up energy policy by opening the door to the construction of new onshore wind farms.

They had in effect been banned by David Cameron when prime minister.

The BBC has asked the Treasury for a comment.