What is Mark Carney’s Bank of England legacy? 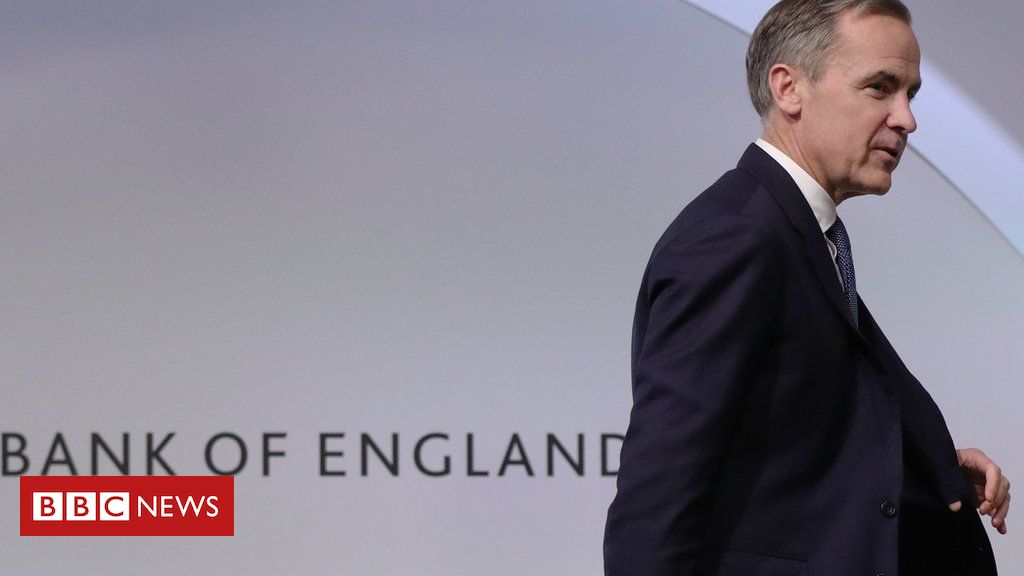 Mark Carney steps down as Bank of England governor this weekend after almost seven years in the job.

The Canadian oversaw big changes at the Bank, which was given more power in the wake of the financial crisis.

He also led efforts to support the economy through Brexit and the coronavirus outbreak.

Mr Carney will leave the Bank more open and diverse than when he joined in July 2013, but his tenure has not been without controversy.

Here are some of the changes that happened on his watch.

The world was very different in 2013. In the UK, economic growth was gaining traction, but unemployment was still high, at close to 8%.

This led to speculation about the timing of the first post-crisis interest rate rise.

It wanted to reassure people that borrowing costs would not rise any time soon, even if growth picked up.

Mr Carney had previously done this in Canada, which became the first G7 nation to raise interest rates after the global crisis.

It said it wouldn’t even start thinking about rate rises until unemployment fell to 7%.

The Bank also added some conditions that would overrule this “forward guidance”. These included any signs of runaway inflation, or threats to financial stability.

But unemployment started falling much faster than the MPC had anticipated, quickly dipping below the 7% threshold.

David Miles, a bank policymaker between 2009 and 2015, was in favour of the policy at the time. He now says the various caveats made forward guidance confusing.

The quick drop in unemployment raised speculation over interest rates. The Bank later changed its guidance to state that any rises would be “limited and gradual”.

Mr Miles, an economics professor at Imperial College, London, said: “The problem always was that any explicit and public rule to guide future policy would need to be complicated and contain many caveats if it was one that allowed the MPC to react to unexpected events.

“But that meant the guidance was of the form ‘we will do X unless Y or Z were to happen in which case, then unless Q has happened, we will…’. I think in retrospect we got this wrong.”

Martin Weale, another former MPC member who voted against the policy, agrees: “With hindsight, people found it much too complicated. I suppose they wanted a simpler story.”

Mr Carney also came under fire for hinting at rate rises but not following through.

Mr Carney has stressed all guidance is based on an “expectation not a promise”, with interest rate decisions always data dependent.

“Giving general guidance on the direction of interest rates over the next quarter to few years is very useful, allowing [people] to make well-informed financial choices,” he recently told MPs.

The vote to leave the European Union in June 2016 surprised investors, with the value of the pound plummeting against the dollar and euro.

Mr Carney addressed the nation shortly after David Cameron resigned as prime minister in a bid to assure everyone that it was business as usual.

He said commercial banks would have enough cash, and worthy borrowers would have no problem getting loans. The Bank was well prepared and would take all necessary steps to ensure economic and financial stability.

Policymakers later cut interest rates to a fresh low of 0.25%, restarted its money printing programme and designed a new scheme to encourage lending in a world of low rates.

However, some said Mr Carney’s pre-Brexit interventions were too political.

The Governor warned ahead of the vote that it could tip the economy into recession.

Mr Weale, a professor at King’s college London, was involved in producing the Bank’s pre-vote analysis.

He said: “The Bank was obviously in a difficult position. On the one hand people wanted to know its views. On the other hand it risked being seen as partisan if it offered them.”

Interest rates were just 0.5% when Mark Carney joined the Bank of England. They’re now even lower, at 0.25%.

With little room for rates to go lower still, the Bank’s interest rate setters had to find new ways to support the economy.

As well as increasing the Bank’s bond buying – or quantitative easing (QE) programme – policymakers started buying corporate debt in the wake of the Brexit vote.

It offered cheap money – on the condition that commercial banks lent the cash to customers. This protected bank profit margins and got cash to worthy borrowers.

The Bank’s Financial Policy Committee (FPC) took action in 2014 to prevent another housing bubble by imposing limits on the amount people can borrow to buy a home.

The reforms came after a review by former US central banker Kevin Warsh.

While the changes have been widely welcomed, Mr Miles described a decision to publish transcripts of some of the MPC’s conversations as “wholly negative”.

He said the changes came after pressure from the Commons Treasury Select Committee.

“My observation was that it much reduced the usefulness of the decision meeting because most of the MPC members – and Mark Carney was an exception – decided they would simply read out pre-prepared statements of their view and their vote. Debate and open discussion dwindled.”

Mr Weale said he also started reading pre-prepared statements and described his comments as more “stilted”. “I became more reluctant to revise what I was saying in light of what other people had said.”

Transcripts started being kept in 2015, and will be published with an eight year lag.

The governor has consistently highlighted the threat to the financial system from climate change.

He has warned that extreme weather events like hurricanes, heatwaves and floods pose significant risks to banks and insurers, which could end up suffering heavy losses.

Mr Carney and other global leaders have been trying to get companies to calculate their exposure to climate risks.

It’s a drive he will continue in his new role as UN special envoy for climate action and finance.