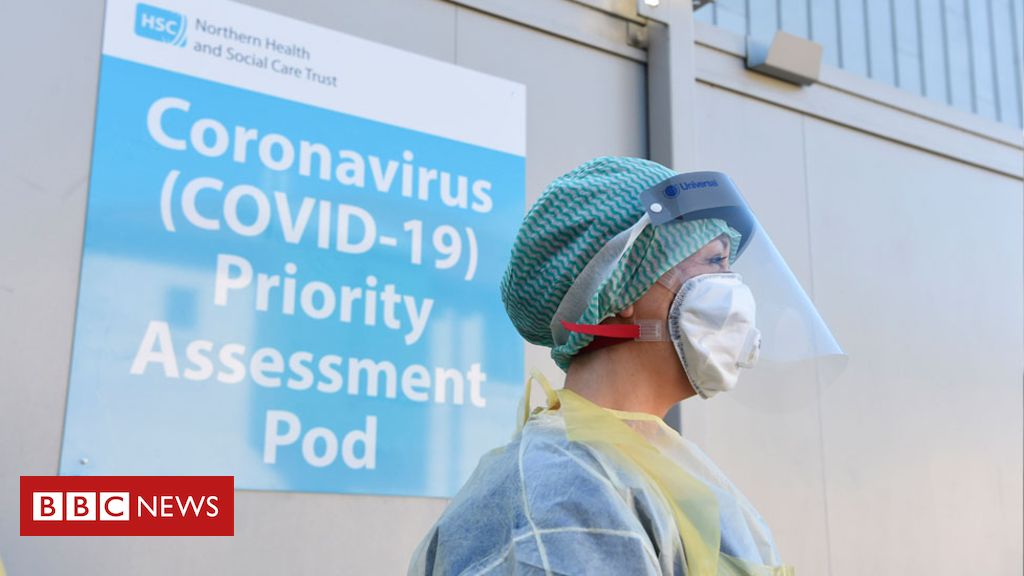 There has been a second coronavirus-related death in Northern Ireland, the Department of Health has said.

The department said the NI patient, who was elderly and had an underlying health condition, was being treated in hospital for Covid-19.

Health Minister Robin Swann said the news should “bring it home to every one of us that coronavirus is a real and present danger”.

There have now been 128 cases of coronavirus in Northern Ireland.

That is a rise of 20 cases from Saturday.

In the Republic of Ireland there has been a fourth death, according to Irish broadcaster RTÉ.

Meanwhile the Department of Health confirmed on Sunday that GPs in Northern Ireland will be writing to people at higher risk of severe illness if they contract coronavirus to give them more detailed advice.

The department says it will involve approximately 40,000 people.

It comes as NHS England identified 1.5 million of the most at risk people who should now stay at home for 12 weeks.

Earlier, the Prime Minister said those people should “shield” themselves as saying it would do more than any other measure to save lives.

At a press conference on Sunday evening, Boris Johnson warned the public to take seriously the social distancing advice to stop the spread of coronavirus, saying it is “absolutely crucial”.

The PM thanked people for “the sacrifice” they had made, but warned those going to parks and open spaces they must stay 2m away from others.

“If you don’t do it responsibly… we will have to bring forward further measures,” he said.

Speaking on BBC’s Sunday Politics programme, Arlene Foster said enforcement was needed in some cases to prevent the spread of coronavirus.

Mrs Foster said the country “doesn’t want to have to go down that road”.

However, she added, in some cases “we are going to have to enforce it”.

Meanwhile, Mrs O’Neill, who also appeared on Sunday Politics, told the programme she believed all non-essential services should be shut down to prevent the spread of the virus

She called on employers of all non-essential workers to allow staff to stay home.

“Employers that are still asking their staff to come into work, if you’re not an essential service, please shut down.”

While there has been a large-scale shutdown across Northern Ireland, some businesses remain open and events have gone ahead.

One example is Nutts Corner Market, which opened on Sunday morning and attracted criticism from politicians on social media.

‘Do not put mummies at risk’

On Saturday night, Mrs Foster and Mrs O’Neill, in a joint address, asked people not to visit their mothers, with Mrs O’Neill saying it was a “Mother’s Day like no other”.

Boris Johnson also appealed to the public not to visit loved ones on Mother’s Day.

Thank you to all our frontline staff working to keep us safe.

On Friday, health officials confirmed 22 new cases of Covid-19 in Northern Ireland, bringing the total to 128.

According to the latest figures, there are more than 5,000 confirmed cases of coronavirus in the UK.

The number of people with coronavirus who have died is now 220 in England, seven in Scotland, five in Wales and two in Northern Ireland.

In the Republic of Ireland, the total number of cases is more than 785.

A senior nurse in Northern Ireland has called for widespread coronavirus testing of all key health workers in order to maintain a functioning health service.

Schools in Northern Ireland are closed from Monday due to coronavirus but should reopen for key workers’ children.

In other key developments in Northern Ireland on Sunday: