The Videogames WIRED Is Playing While Staying Home 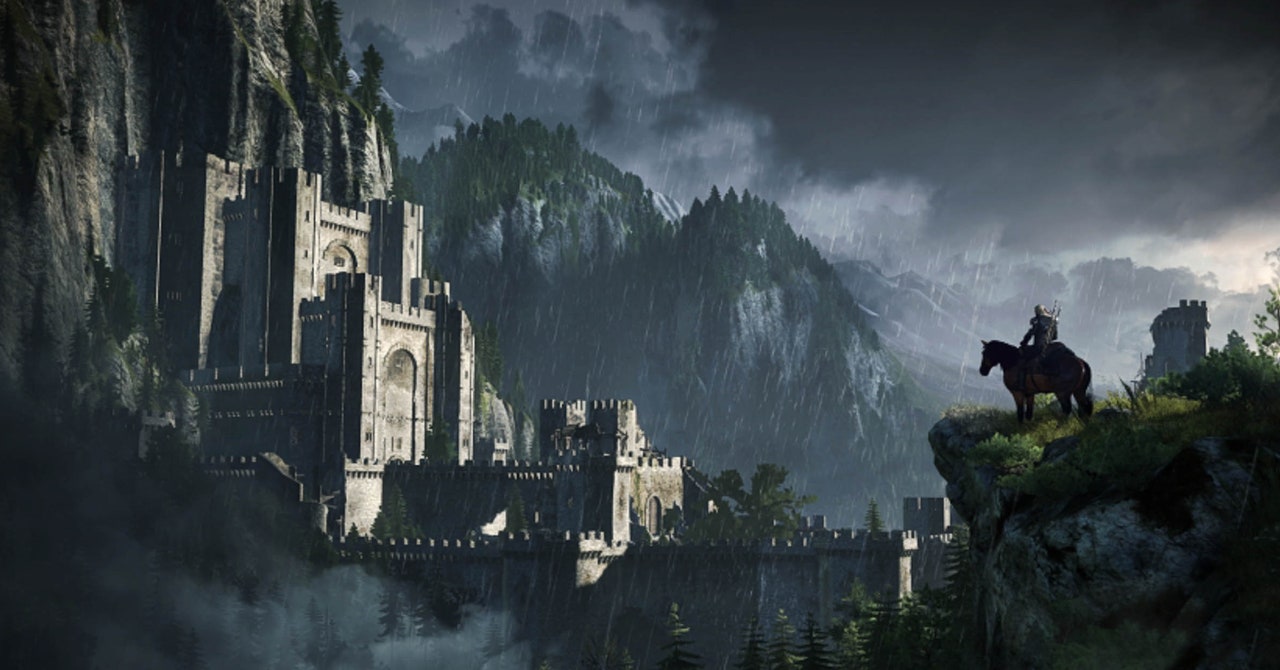 Mandatory stay-at-home orders have been popping up around the United States for a couple weeks now, but my family has been in near isolation since late January when we had our first baby. Tending to an infant’s needs before they can even crack a smile is often a thankless task. Babies are illogical lil’ critters, and they know just how to make you feel like you’re doing everything wrong. Luckily, even during those sleepless nights, at least I could suck up ghosts with the best of ‘em in the latest Luigi’s Mansion for the Nintendo Switch. The situations are goofier than ever, and the gameplay is much like the earlier iterations, where you use both control sticks to look around and aim your vacuum. This time a second player can also join in the action, playing as Gooigi, a gelatin-like clone of the lesser known Mario brother. Busting ghosts isn’t a new idea anymore, but there’s a lot of fun to scare up in Nintendo’s latest sequel. —Jeffrey Van Camp

Mine’s not exactly a solid game suggestion (honestly, just play your backlog people!) but rather a mode of playing: Why play alone when you can play together? Zoom and FaceTime and Discord voice chats are de rigueur even when we’re all on our own Animal Crossing islands, so go ahead and make it a staple of your gaming time. You may find that, like I have, that it's much easier to coordinate six-stacks in Modern Warfare when most of your friends are working from home. Social isolation doesn’t have to be lonely. My latest group game is The Witcher 3, which I've been playing nonstop since January. At least in my ending, Keira Metz does eventually solve the Caitriona plague. That gives me hope, as does knowing that in spite of the world going all to heck, people like Geralt are trying to fix things. —Adrienne So

The Sims 4 lets me control everything. My real-life favorite restaurant might be shut down for the time being, but my Sim can still head to a five-star seafood place. I had to postpone all of my early-spring plans, but my Sim is throwing a costume party for 50 of her closest pals. In The Sims, when life gets too hard, at least I can remove a pool ladder or two. —Louryn Strampe

For the past two weeks I've been playing Shadows: Awakening, an action RPG on the PlayStation 4. It's a flashy but tedious dungeon crawler that carefully rations out its few interesting quirks as if it were, well, indefinitely quarantined with a limited supply. Everything sorta balances out. The combat is fine. The exploration is fine. The voice acting is not. Importantly, it never breaks my work-from-home discipline and is fun to play while I have a podcast going. It's a distraction that's, thankfully, not that distracting. —Sidney Fussell

I love simulation and world-building games and could spend hours playing all versions of The Sims and similar titles, but I get frustrated with how formulaic they can seem after a while. So I recently set out looking for other spacey world-building games and found RimWorld, which basically tasks you with building a colony on a planet at the edge of the known universe, aka a "rim world." If I were still a teenager with zero responsibilities I could spend way more time than I already do on this game, which is easily mod-able and allows for tons of variations of play. In the game you’re basically a refugee trying to work with the resources you have at your disposal, and with the new Royalty expansion pack you can create weird hierarchies and go on side quests. I haven’t ventured into mods yet, but with at least another month at home, who knows? —Meghan Herbst

I haven’t played a videogame in … 10 years? Until now. The combination of peer pressure and quarantine boredom drove me to buy a Switch last weekend, and now all I want to do is save the dang princess in Mario Odyssey. For a gaming idiot like me, it is a perfect blend of awe-inspiring tricks and familiar tropes—I gasped the first time I went 2D and got to bang some blocks Super Nintendo-style, and when Cappy took over a frog and I got to leap the height of a skyscraper. I die a lot, but it never ceases to be delightful. —Megan Greenwell

Competitive multiplayer games hold my attention more consistently than single-player ones, so I’ve been getting deeper into Magic Arena, the newest Magic: The Gathering videogame. I treat it like a palate cleanser between stages of my day working from home. I’ll play a round with my morning coffee before opening Slack, a round as I’m eating lunch, and a couple rounds watching TV after work. (They’re only a couple of minutes, so don’t get mad, boss!) It’s easy to play Magic Arena like a mobile game, but it’s got a great social aspect too: Over the weekend, five friends and I set up a small, casual online tournament over Discord. It was a blast, and also a reason for us to all get together and check in one-on-one. —Cecilia D’Anastasio

How Does the Coronavirus Spread? (And Other Covid-19 FAQs)

Plus: What it means to “flatten the curve,” and everything else you need to know about the coronavirus.

My brother and I are quarantined a couple hundred miles apart, but we've stayed in touch through No Man's Sky on the PS4. It’s a game about the vastness of space (you can travel to literally billions of solar systems), so typically when you’re playing as a single bipedal organism navigating an endless void looking for resources, it can be a lonely experience. But thanks to recent expansions of multiplayer features, what might otherwise feel like a mundane slog instead becomes a shared adventure. The utter weirdness of an unforgiving universe becomes far more enjoyable when you explore it with someone you like. Plus, having something low-key to do, like dutifully mining the millionth goomba-esque alien flower, facilitates casual conversation far better than holding constant not-quite-eye-contact on a Zoom call. —Boone Ashworth

My freshman year of college I played Mario Kart more than I went to class. It’s probably the last videogame I was ever really attached to. Last weekend, when I ran out of movies and needed a break from my puzzle, I decided to fire up my Wii (hush!) and play it once again. Turns out, my muscle memory for this game is nearly shot. I kept coming in at fourth place. Fourth place! If I now have one goal, it’s regaining my once legendary Mario Kart status. —Angela Watercutter

Despite my proximity to videogames, I never quite got VR before. But with isolation becoming the new norm, it's suddenly looking more appealing. I already had decided that this year was going to be the one where I gave the medium an earnest shot. But it seems immensely more beguiling when the world is so frustrating and bizarre. The simple digital tourism that virtual reality allows—the ability to be embodied in versions of places that are, currently, nearly abandoned—is suddenly incredibly appealing. Some health vulnerabilities in my family mean I'm probably going to be isolating for the long haul. But my VR headset might let me visit places I'm otherwise going to really miss. —Julie Muncy