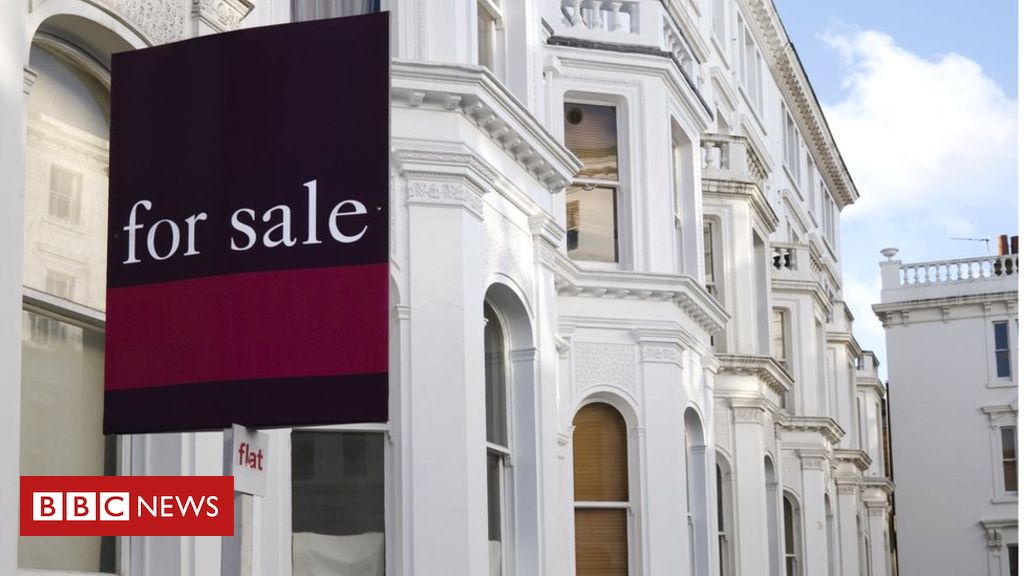 The government has urged people not to move house to try to limit the spread of coronavirus across the UK.

Buyers and renters should delay moving while emergency stay-at-home measures are in place, it said.

Its comments come amid reports banks are pressing for a full suspension of the UK housing market.

Lenders are concerned about the effect of the pandemic on valuations, according to the Financial Times.

Banks are also worried about granting mortgages during this period of extreme economic uncertainty, the FT said.

The government said that while there “is no need to pull out of transactions”, “we all need to ensure we are following guidance to stay at home and away from others at all times”.

If a property is vacant, people can continue with the transaction, although they must ensure they are following guidelines with regards to home removals.

But if the house is occupied “we encourage all parties to do all they can to amicably agree alternative dates to move”.

Property listings websites say that interest in moving home has slumped amid the coronavirus outbreak.

Zoopla said demand in the week to 22 March fell 40% from the week before and it predicted housing transactions would drop by up to 60% over the next three months.

Meanwhile, it said a “rapidly increasing” proportion of sales were falling through, as would-be buyers “reassess whether to make a big financial decision in these shifting times”.

Geoff Grant, aged 60 and his wife Tanya, aged 52, from Dorset had been hoping to move house on 9 April.

However, Mr Grant is stuck in South Africa and the couple face having to pay rent to two landlords if their removal firm changes its mind about helping them move.

Mr Grant says there is already an overlap on the leases – the agreement for the new rental property begins on 1 April while the existing one ends on 9 April.

“If the move is delayed we’ll have to negotiate with two landlords,” he says.

As it stands, the removal company the couple is using said at the beginning of the week it will still do the job. And while Mr Grant is stuck in South Africa on business, luckily his 20 year-old daughter is home from university to help lug boxes – at a six foot distance from the removers of course.

Rival website Rightmove also said the slowdown in the UK housing market had been “significant”.

“The number of property transactions failing to complete in recent days and likely changes in tenant behaviour following the announcement of the renters’ protections by the government may put further pressure on estate and lettings agents,” it said, referring to the recent ban on evictions.

Lucian Cook, head of residential research at estate agent Savills UK, told the BBC the practical problems of buying and selling properties at the moment would have “a real impact on transaction levels”.

“There are real difficulties around viewings, getting mortgage valuations done, [and] the conveyancing progress.”

“We would stand by our five-year forecast of 15% growth over the medium-term. That’s because we have low interest rates, low levels of price growth in the run-up to this and a pretty swift response from the government to protect jobs and earnings.”

In response to the crisis, UK Finance, which was formerly known as the British Bankers’ Association, said lenders would extend mortgage offers for people who were due to move house during the lockdown.

“Where people have already exchanged contracts for house purchases and set dates for completion this is likely to be particularly stressful.

“To support these customers at this time, all mortgage lenders are working to find ways to enable customers who have exchanged contracts to extend their mortgage offer for up to three months to enable them to move at a later date.”

Buying a home is the biggest financial transaction most people will ever make. No one wants to get it wrong.

Across the UK buyers are thinking again about whether they should take the plunge and whether they are paying too much.

Potential sellers are wondering if it is worth putting a house on the market.

So activity has already plummeted. One analysis suggests the number of properties being put up for sale has dropped by two thirds comparing this week to last week and is set to drop further.

Now the government is telling us to put off thoughts of moving until the crisis is over.

Moves can go ahead, with safeguards on human contact, but only if they are unavoidable or to unoccupied properties.

The result may not be a total standstill, but most likely a huge fall in completed sales.

Has your house purchase or move been affected by the coronavirus pandemic? Share your experiences by emailing haveyoursay@bbc.co.uk.