While You Were Offline: When Did You Know You Had Cabin Fever? 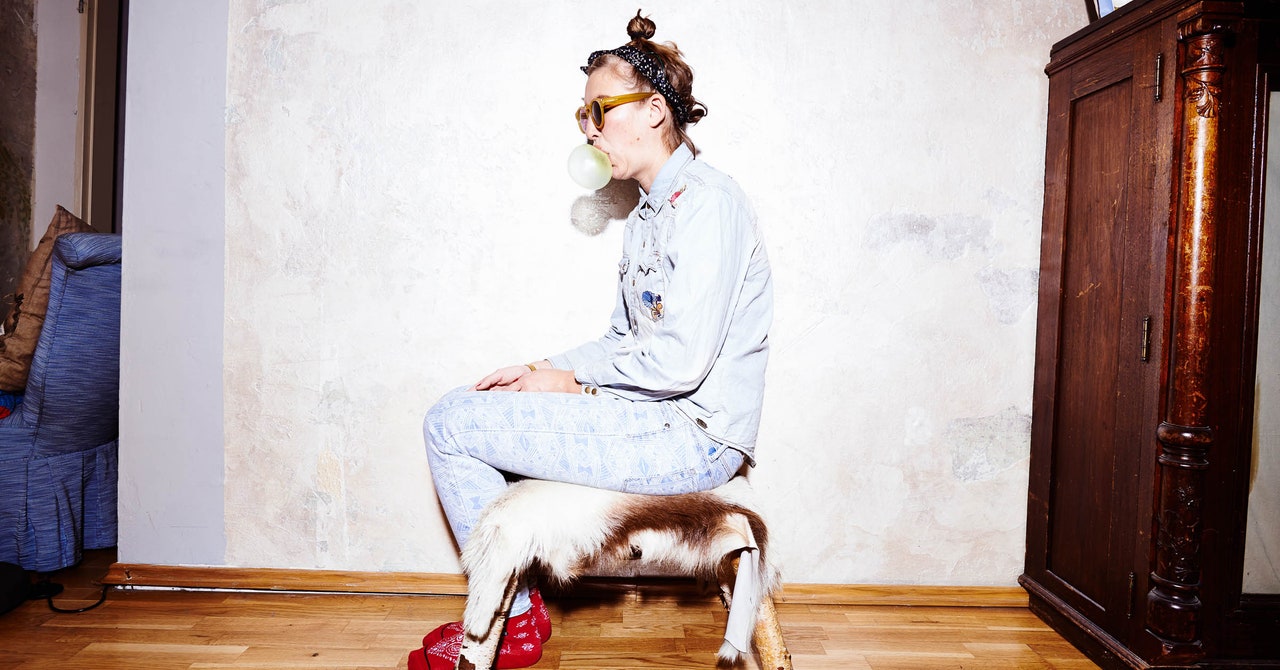 Another week, another opportunity to start this column by saying, "It's been a helluva week." As the coronavirus continues is morbid march, people the world over are sheltering in place and doing all they can to stay safe and sane. People, it seems, are in this for the long haul, and that’s going to destroy the internet … or, well, slow it down, at least. We'd say folks should be spending their time masturbating—Pornhub has made its premium service free for 30 days for self-quarantine purposes, and is also supporting Covid-19 relief efforts—but that requires the internet, so perhaps it’s not a good solution. This is what we get for practicing social distancing, perhaps, even if we might have to call it “physical distancing” soon.

Nonetheless, coronavirus continues to be almost all anyone is talking about, but with almost everything closed and the outside world off-limits, what else is there to do? There’s a record number of people unemployed in the US right now, and folks are streaming content like there’s no tomorrow (HBO Now streaming rose 40 percent the week before last, and Disney+ sign-ups almost tripled)—perhaps because, to many, that’s just what it feels like. At least Netflix renewed The Circle and Love Is Blind.

In an attempt to lighten the mood, somehow the Taylor/Kanye feud returned, which was perhaps even more nonsensical than the Hannah Montana reunion, but can anything match director Tom Hooper’s Cats commentary for sheer, out-of-the-box weirdness? Probably not, but everyone probably needs a little weirdness these days. Here’s what the assembled subconscious that is the internet was talking about last week.

What Happened: File under “Things you never thought you’d hear on television”: What if a politician actually suggested that, just maybe, in order to keep the country on an even-keel, grandparents accepted that they might have to die? Too dark too early?

What Really Happened: Americans started last week in a new world, or at least a new country, as multiple states asked people to stay at home, as businesses, schools, and everything folks used to consider “normal” were closed in an attempt to … well, keep as many people healthy as possible. The changes have caused an emotional response many are comparing to grief, but these are extraordinary times, asking extraordinary sacrifice in order to do the right thing.

Oh, yeah; also, it turns out, some folks really aren’t into the economic impact of the shutdown, and last week President Trump started publicly toying with the idea of reopening everything early to prevent businesses losing more money. If that means people die as a result, well … let’s go back to what Texas’ lieutenant governor Dan Patrick was saying on Fox at the start of the week.

Patrick’s comments were quickly picked up by the media because, well, he basically said old people should be willing to die from Covid-19 to help the economy. On social media, people were unimpressed by his argument.

Patrick’s idea even resulted in a hashtag, #NotDying4WallStreet.

Patrick later clarified his comments, saying that he was just referring to the White House’s “15-day lockdown” plan, which President Trump seems to want to stick to, even as experts suggest it’s nowhere near enough time to help the situation. So, everything’s going real well, thanks for asking.

The Takeaway: Still, at least there’s a meme to make this horror seem just a little bit more acceptable.

What Happened: If Congress' financial aid response to the coronavirus had a theme song, it would be “You Can’t Always Get What You Want,” but did everyone get what they need?

What Really Happened: Even as Dan Patrick's comments were ricocheting across the internet, senators on both sides of the political divide were arguing over just what kind of bill could be written to keep the economy afloat—as well as just who needed financial aid the most, people or corporations. Things weren’t looking good on Monday, as Senate Leader Mitch McConnell was unable to advance his preferred bill, which was seen as a bailout for corporations by many, with some worried the president would use it for his own businesses—something he refused to rule out. Nonetheless, after more than a bit of drama, the parties reached an agreement late Tuesday night.

Suffice to say, it didn’t live up to expectations. (But did anyone really expect any different?)

But don’t cash your $1,200 check just yet. Some senators want to say something.

Yes, at the last minute, the Senate bill became a battle over values. Eventually, though, the bill passed.

The Takeaway: When the last-minute delay on behalf of Republicans was announced, I think it’s safe to say that more than a few people had this exact thought…

What Happened: There are some occasions when using “congratulations” works. For example, when someone is sharing good news that they’ve worked hard for. Or in response to an unexpected update that feels like a positive change. But when telling someone that the bare minimum has been achieved, that just feels … off.

What Really Happened: In the end, the bill passed unanimously in the Senate—well, kind of unanimously, some senators didn’t actually vote because they were in quarantine, but still—leading the president to tweet this.

Yeah! That’s the attitude! Congratulations AMERICA! Surely everyone agrees with that attitude, right? Never mind the fact that the tweet came as Covid-19 continued to spread and health care workers were struggling to find the supplies they need to try to save as many people as possible. Congratulations, America, the Senate passed a bill. Everyone agrees that this is a time for back-patting, right?

This really isn’t going the way President Trump probably intended. The fact that his message was trending also lead to a comparison that he probably wasn't too happy about, either.

That would be the infamous banner that reportedly haunted President George W. Bush for years afterwards, right?

The Tokyo Summer Olympics Are Being Postponed

What Happened: Bad news for all the shut-ins hoping to distract themselves with some Olympic fun. (On the plus side, a new season of Top Chef just started on Bravo.)

What Really Happened: On the one hand, why talk about cancelations or postponements when everything is getting canceled or postponed? Just last week, Lady Gaga postponed the release of her new album. On the other hand, this feels big.

Say goodbye to Tokyo 2020. This summer’s games are officially being postponed for a year.

Some, at least, appreciated an unexpected milestone that accompanied the announcement, finding joy in the most unanticipated place.

Others, meanwhile, had more important things on their minds:

Look, if Akira is turning out to be a successful predictor of 2020 as some are claiming, then I think humanity has more problems than just the Olympics being postponed.

The Takeaway: For the last word, let's turn our attention to President Trump.

When Did You Know You Had Cabin Fever?

What Happened: But really, how are you all spending your time inside? Judging from this thread, the answer is definitely “productively.”

What Really Happened: We started by talking about self-quarantine and how it’s changed the world, so it’s only fitting that we end by doing the same thing, albeit in a different direction. After all, by the time you read this, chances are it’s been around two weeks or so since we all started living inside our homes—so it’s no surprise that #IKnewIHadCabinFever started trending midweek.

Meanwhile, everyone dealing with a kid at home recognized this a little too easily.

This wasn’t an entirely organic shared experience, however; it turns out it was all part of a Jimmy Fallon bit.

This is why we can’t have nice things.

The Takeaway: Of course, for some people, it’s not that bad.