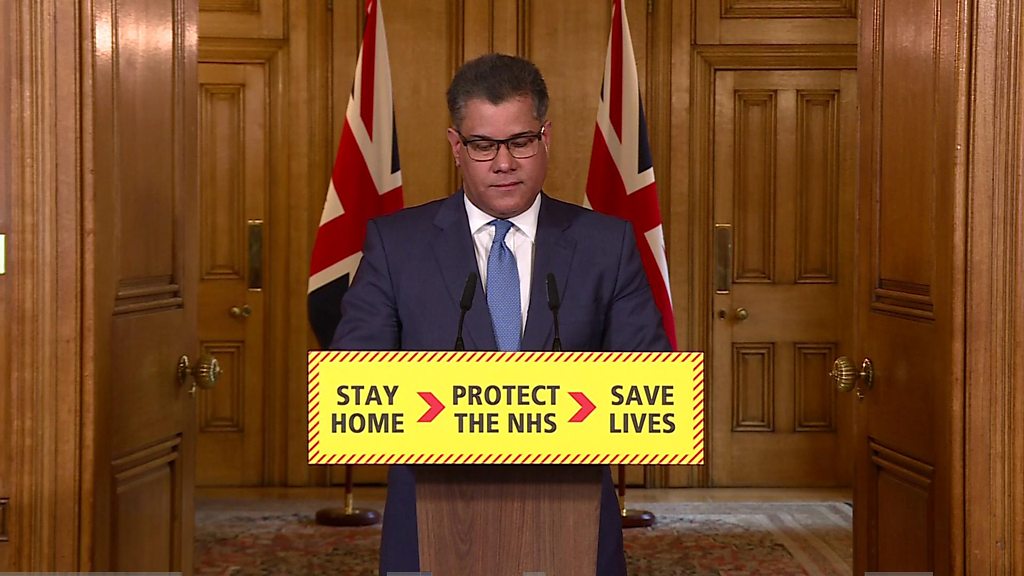 Business Secretary Alok Sharma has issued a stark warning to banks, after concerns that up to a million companies could fold because they could be denied emergency loans.

“It would be completely unacceptable if any banks were unfairly refusing funds to good businesses in financial difficulty,” Mr Sharma said.

The government-backed loan scheme aims to ensure companies can access cash as the UK lockdown slows the economy.

But some say loans have been denied.

Speaking in Downing Street on Wednesday, Mr Sharma referenced the financial crisis – when the government bailed out a number of the UK’s largest banks.

“Just as the taxpayer stepped in to help the banks back in 2008, we will work with the banks to do everything they can to repay that favour and support the businesses and people of the United Kingdom in their time of need,” he said.

Banks have been criticised by companies and MPs for insisting directors put their own property or savings up as collateral before they are approved for the emergency loans.

Businesses have also complained of banks charging interest rates of up to 30%.

The head of the Federation of Small Businesses, Mike Cherry, said banks were either trying to push firms towards “standard, expensive products” or they were “simply not responsive”.

“They were promised interest-free, fee-free, government-backed support from banks,” he said.

He said millions of firms were at risk of collapsing because they were in need of urgent help that has not been made available.

The Treasury is preparing to change the rules that govern its emergency loans scheme for businesses facing a cash-flow crisis because of the coronavirus shutdown.

Many companies have told the BBC that the scheme isn’t working for them, with some turned down for a government-backed loan and others told they may have to wait weeks.

The planned rule change follows a furious behind-the-scenes row between the banks and the government over whose fault it is that too few emergency loans have been offered to businesses in need.

Privately, the banks say it’s the government’s rules that are in the way. They are required to lend to firms on normal commercial terms if they can – and only businesses that can’t get a traditional loan qualify for the scheme.

But the Treasury is now reportedly planning to scrap that rule so that banks can lend faster.

Another obstacle has been the demand from banks that company directors put their own assets at risk by signing personal guarantees when borrowing £250,000 or more. That is also expected to be addressed.

Research from a network of accountants suggested that nearly a fifth of Britain’s small and medium-sized businesses were unlikely to get the cash they need to survive the next month, under the existing scheme.

The study said that between 800,000 and a million firms nationwide may soon have to close.

Acting leader of the Liberal Democrat’s Sir Ed Davey said: “At a time when the whole country is coming together to fight Covid-19 it is becoming increasingly clear that the government cannot just leave the big banks to deliver the coronavirus business interruption loans. The big banks are simply not rising to the challenge.

“Too many small businesses report long delays, high interest terms and being asked for personal guarantees.”

Banking trade body UK Finance said lenders were “working hard” to get money to businesses as quickly as possible both under the government-backed scheme or by offering normal loans.

But the group stressed that banks could only offer loans on the government’s terms if they were unable to lend “under their normal criteria”.

“As the business secretary said today, this is a new scheme delivered at pace and there will be issues that need to be addressed,” Stephen Jones, who runs the trade body, said.

Rain Newton-Smith, chief economist at the CBI business lobby group, told the BBC’s Today programme: “I think everybody is trying their best to get the system up and running, but the system itself is too complicated.

“What we really need to see is the Treasury listening to what businesses and banks are saying to make it easier for these loans to be dispersed.”

She added that the other challenge for business was that “there’s a whole range, what we call the ‘stranded middle’, who are too big for the government’s short-term business interruption loans, but too small for the Bank of England’s commercial paper”.

“These are big regional employers, from Cumbria to Coventry, and we just cannot afford to lose them just because they have a turnover of more than £45m.”