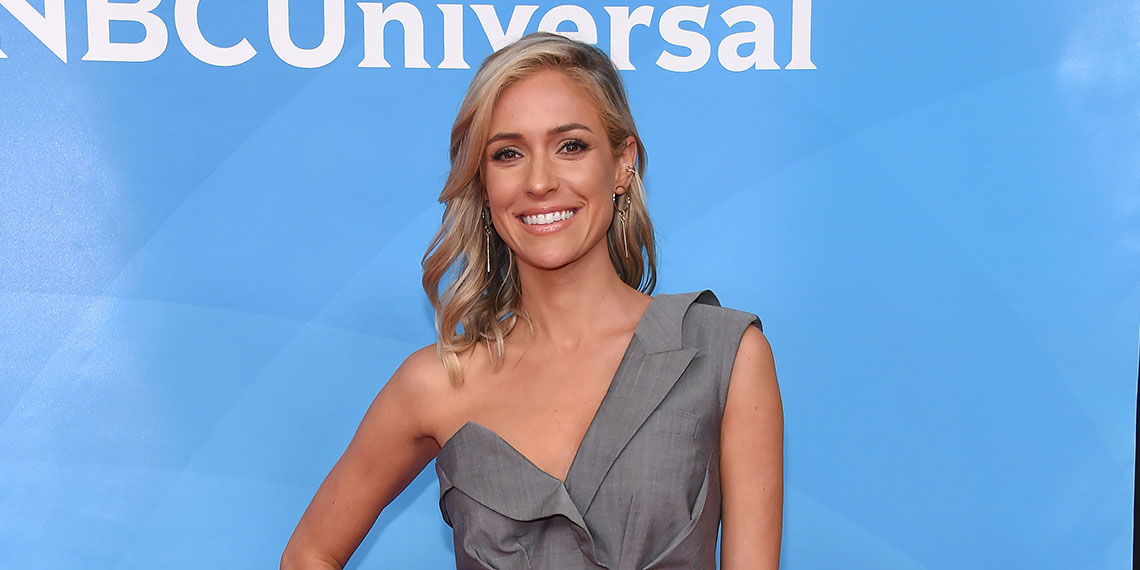 Many of us are approaching the one-month mark of working from home and social distancing, and if you’re not going a little crazy right now, I either don’t believe you, or I need to know what pills you’re taking. Thankfully, for me, “a little crazy” mostly just means watching too much TV and eating frosting straight out of the container. But as we’ve seen, some celebrities and influencers aren’t handling this crisis so gracefully, and our latest example is Kristin Cavallari.

Last week, we unpacked an absolutely bonkers Twitter thread about Arielle Charnas and, to quote The Office, her “pattern of disrespect and inappropriate behaviors.” Today, we’ve got another Twitter thread about a lifestyle personality and their puzzling actions in response to COVID-19 to unpack, so let’s just get into it. Basically, Kristin Cavallari has been traveling for almost a month, and she just got home yesterday. As in April 6th. As in, I haven’t left my immediate neighborhood in three and a half weeks, and she got on a plane YESTERDAY. But I’m getting ahead of myself.

In her Twitter thread, writer Claire Downs gives a detailed breakdown of what Cavallari has been up to lately, and it starts on March 12th. This was the day that Governor Andrew Cuomo declared a State of Emergency in New York, and on the same day, Kristin posted this Instagram, saying that she “woke up in NYC.” As anyone who has watched Very Cavallari (guilty) would know, Kristin lives in Nashville. So while the coronavirus situation was escalating, she was already on a trip to one of the most-affected places in the country. Not a great start.

Woke up in NYC

Cavallari didn’t stay in New York for long, but she didn’t go home, either. Three days later, on March 15th, she posted a picture on a beach in The Bahamas with her friend and hairstylist Justin Anderson, with the caption “modern family spring break.” In her tweets, Downs notes that this was the same day that NYC announced restaurants and schools would close, and also the day that the Bahamas had their first confirmed case of coronavirus. Sounds like spring break time to me, no?

A couple days later, the gang was still posting Bahamas pics, showing that Cavallari’s husband, Jay Cutler, was there along with their kids. In an Instagram caption, Justin Anderson referenced “being stuck on an empty island”, and specifically reiterated in the comments that they were “STUCK” in the Bahamas. Downs comments that the idea of an “empty island” is ridiculous, considering there are no doubt lots of locals who actually live and work there.

But the idea that his group was “stuck” in the Bahamas is even more questionable. At that point, there were no travel restrictions between the Bahamas and the US, and it stayed this way for another week. While non-essential businesses shut down, travel was still allowed, but Kristin Cavallari & Co. stayed put, posting beach pics and promoting her brand Uncommon James on Instagram.

Finally, on March 24th, the travel restrictions came into play. All incoming travel to the Bahamas was cut off, and the Governor urged travelers there to go home immediately. On the same day, the US Embassy also encouraged citizens to return home unless they wanted to be stuck abroad indefinitely. As Downs notes, Cavallari posted a video on the same day dedicated to “keeping it tight“, aka, not letting yourself get out of shape. In general, aside from noting that things felt ~weird~, the group seemed pretty unbothered, and Kristin kept promoting Uncommon James along with posting beach content.

Downs estimates that it was around the beginning of week three in the Bahamas that our motley crew started to get a little sick of vacation. Must be tough! Justin Anderson posted about missing his bed (I don’t feel bad), and Cavallari promoted her new cookbook, which is all about comfort food. I had no idea Kristin Cavallari could cook, but I’m learning a lot about her from this Twitter thread—including that she’s an anti-vaxxer! Damn, I really thought I liked her, but this isn’t looking good.

I think around day 15-17 is when it sets in for the group that they may be stuck for a v long time. Anderson says he misses his bed and posts about negativity in the comments. I almost feel like they are getting Covid FOMO when I read her cookbook promo caption about comfort food pic.twitter.com/bUO1B4vFQP

At the time of the original thread, the Cavallari fam was still chilling in the Bahamas indefinitely, but they ultimately made it back home to Nashville on Monday evening. On her Instagram story, along with posting videos of her supplements, Cavallari said that “we had a short window to get out of the Bahamas so we jumped all over it.” Funny how, two weeks ago, they refused to take the advice of two different national governments to cut their vacation short, but I guess things get less fun when you’re actually stuck in paradise.

Update!!! They made it back to Nashville this evening! Congrats to them! pic.twitter.com/QGpk7Iibmq

Ultimately, the group spent 22 days in the Bahamas (though Jay Cutler said 28 days in one post, I think he might just be bad at math), just long enough to make a lot of people mad. I’m glad Kristin Cavallari and her family made it home safely (as far as we know), but their choices over the past few weeks are frustrating, to say the least. I’m sure we’d all love to be enjoying a vacation in the Bahamas right now, but we’re busy doing our parts to flatten the f*cking curve. But hope all those beach workouts were fun! I hope all of these people are going to seriously self-quarantine themselves for 14 days—if Kristin posts from the grocery store or some sh*t, she’s going to have to turn off her comments.