Wills ‘being signed on car bonnets’ amid lockdown 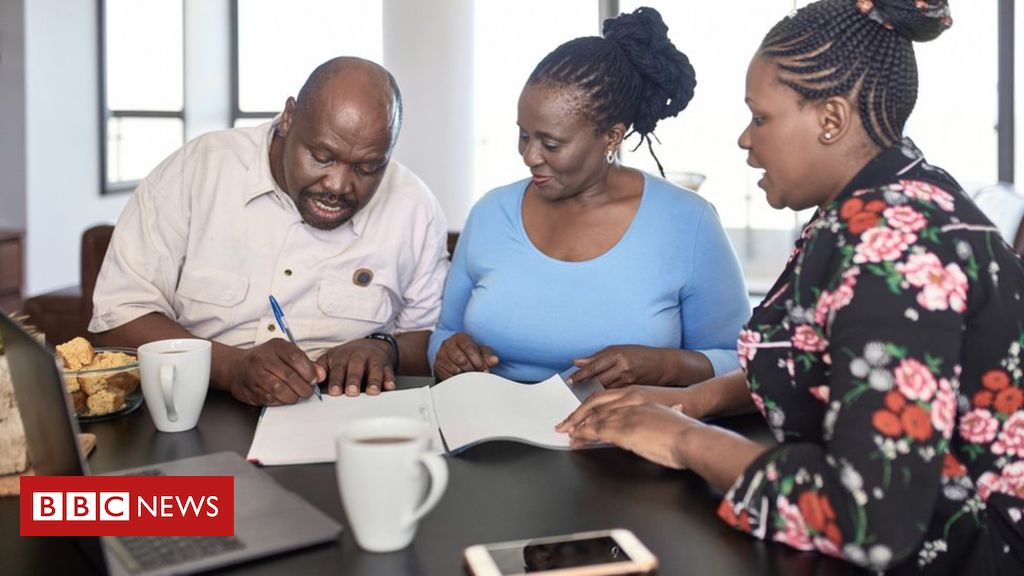 Documents have been held in place by windscreen wipers and signed on a car bonnet in a novel way for wills to be witnessed during social distancing.

Signatures are also being watched through windows and patio doors as current restrictions make 200-year-old will writing laws difficult to uphold.

Ministers say there are no plans to relax the strict rules.

Solicitors are reporting a “massive rise” in demand for wills from people worried about coronavirus.

Failing to correctly sign a will in front of two independent witnesses, who are physically present, in England and Wales is likely to lead to a judge ruling the document, and any legacy in it, invalid.

In Scotland, the regulations are less formal, and only require one witness.

Call for law to be relaxed

The law is strict on writing a will and ensuring it is valid in England and Wales. This includes signing it in front of two independent witnesses in person, and having two people signing it in your presence.

The existing law dates from 1837, the start of Queen Victoria’s reign, to protect individuals at a time of less efficient record keeping, lower levels of literacy, and less advanced technology.

The witnessing rules have been tested by the lockdown, isolation, and social distancing requirements in place during the coronavirus outbreak – at a time when many people want to finalise a will at relatively short notice.

This has led to people witnessing signatures over garden fences and standing in driveways, with solicitors often overseeing from a safe distance.

The Law Society, the solicitors’ trade body, has called on the Ministry of Justice to make changes to the law, such as allowing the careful use of video conferencing in the process.

Ian Bond, who chairs the society’s wills and equity committee, also called on the government to follow the Australian model, where the law is the same but where judges investigate and show some flexibility in allowing wills to stand.

He said there were recommendations from the Law Commission in 2017 on modernising the law that could be used as a template.

But the Ministry of Justice said there were no plans to change the rules at present.

“This is a delicate area of law and we absolutely must continue to protect the elderly and vulnerable against potential fraud,” a spokesman said. “We will consider all options and keep this under review during the Covid-19 pandemic.”

Solicitors are reporting a huge increase in demand for will writing services, as the awareness of mortality amid a pandemic increases and those with debts or legacies want to get paperwork in order.

Mr Bond, who works for Talbots Law in the West Midlands, said their cases had almost doubled.

Farewill, a company which takes instructions for wills online, although witnessing still needs to be done in person, has seen a 12-fold rise in enquiries from NHS workers. Telephone-based solicitors have also seen a big spike.

Anyone thinking of writing a will is being urged to seek professional advice, as do-it-yourself wills from online templates can risk being illegal and invalidated.

One particular area of concern is people trying to make a will shortly before they die.

In family homes, loved ones named in the will are not permitted to witness a will, otherwise this would void their entitlement and they would have to forfeit their inheritance.

That means independent witnesses are needed, which is difficult when someone is confined to bed and visitors should not be calling amid the current restrictions on movement.

In hospital, visitors are not permitted at present, doctors and nurses are not allowed to bring potentially tainted documents to bedsides, and these professionals are concentrating on medical treatment anyway,

That means someone in hospital and likely to pass away will not be able to write a last-minute will.

That should, according to Mr Bond, encourage currently healthy people to get round to the job of writing a will which is often put off to deal with more pressing things at home or work.

There are rules about who inherits an estate when somebody dies without a will. These are called the rules of intestacy, and mean that a husband, wife or civil partner, or children receive it.

However, under these rules, a partner who is not married or in a civil partnership with the person who has died gets nothing.