Planes Are Still Flying, but Covid-19 Recovery Will Be Tough 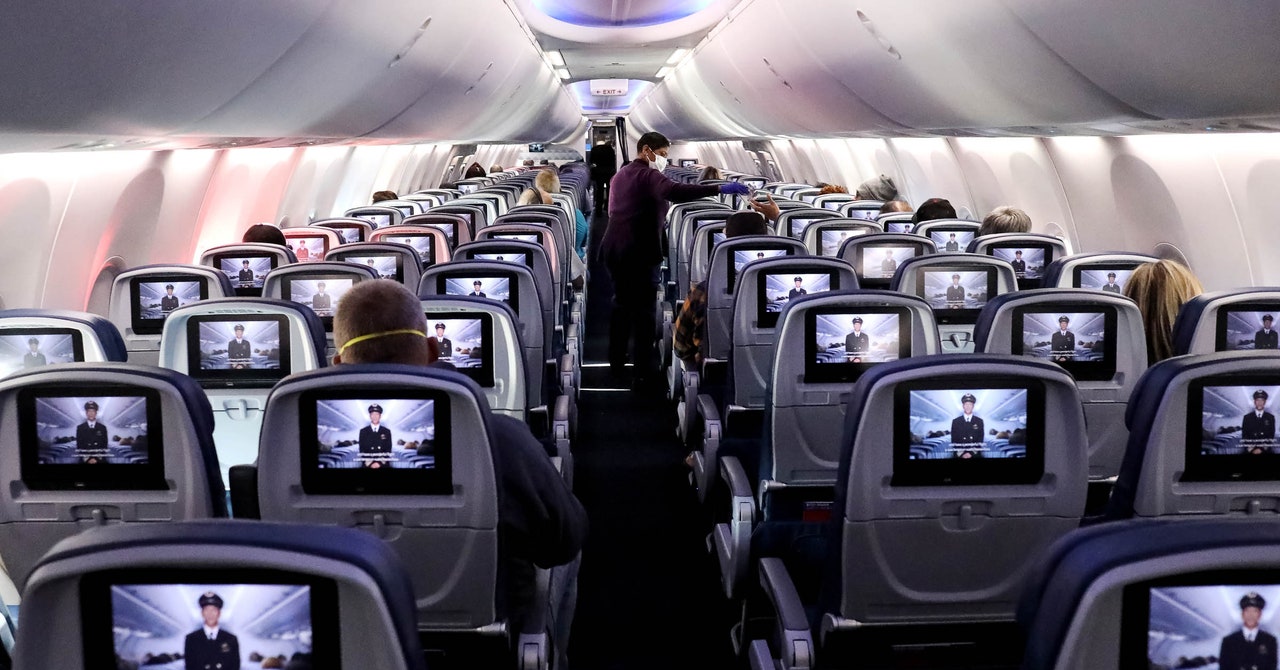 Over the past three months, Covid-19 has reduced air travel in the United States to the point where the fact of a nearly full American Airlines jet—one on which many passengers failed to wear masks—warrants international news coverage.

Air travel is down more than 90 percent from this time last year. Then, the TSA was prodding more than 2 million people a day through body scanners and x-ray machines. Earlier this week, the total was only 130,000—itself up from even lower depths a few weeks ago. It will be a long, slow climb back to pre-coronavirus passenger numbers. And the price for getting there could mean a significantly smaller American airline industry.

Stay in the know with our Transportation newsletter. Sign up here!

US carriers started 2020 on a high note, coming off a great 2019 and logging robust revenues in the opening months of the year. In early February, United forecast such a need for pilots, it bought a flight academy. On Valentine’s Day, Delta paid out a record $1.6 billion in profit to its employees. In March, the pummeling came. International travel bans and nationwide stay-at-home orders pushed US airlines to ground 2,400 aircraft, cutting half or more of their capacity. The likely result is a 70 percent year-over-year drop in revenue, according to analysts with the investment bank Cowen. Carriers are burning through between $10 and $12 billion a month, according to industry trade group Airlines for America.

“If they were humans, they’d be dead from hemorrhaging,” says industry consultant George Hamlin. A big part of the problem is that airlines have no easy way to stop the bleeding. Jet fuel may be cheap, but airlines can’t easily slough off costs like lease or mortgage payments for planes, rent for offices and maintenance facilities, and corporate debt payments. “It’s different and frankly scarier than anything I’ve seen,” says Hamlin, given that a Covid-19 vaccine is at least a year away, and a second wave of the virus could hit come winter. The unknown unknowns are legion.

The CARES Act set aside a $58 billion salve for the aviation industry, and all the big American airlines have taken loans or grants that allow them to continue paying their workers. The attached strings include limits on executive compensation, a moratorium on stock buybacks, and an agreement not to furlough or fire any employees until the end of September. But the biggest burden is likely the requirement that airlines taking federal dollars keep running flights to every city they were serving on March 1, well before most started grounding jets.

“If they were humans, they’d be dead from hemorrhaging.”

Depending on how often they flew to a given city before the pandemic hit, airlines can fly to each city as little as once a week, but in most cases the rules will require them to drop in at least three times a week. That’s why Delta is still sending planes to Alpena, Michigan; American is serving five weekly flights to Roswell, New Mexico; and United is operating three weekly flights for those who’d like to get into or out of Dodge City, Kansas. For the Department of Transportation, it’s important that small cities not be cut out of the national air network, even in, or especially in, a time of crisis. The result, according to the Cowen analysts, is a national average of roughly one passenger for every 20 seats.

“That’s making airlines burn cash they’ll need when the economy turns around later this year,” says Mike Boyd, who runs the aviation consulting firm Boyd Group International. Making a profit on a flight requires filling at least 85 percent of seats, he says. “They really shouldn’t be flying anywhere near what they’re flying today.”

Boyd is optimistic about a flying comeback, estimating that passenger numbers could return to 80 percent of 2019 levels by the end of this year. The Cowen analysts are less sanguine, anticipating a recovery slower than those that followed the September 11, 2001, terrorist attacks and the 2008 financial crisis. Tens of millions of unemployed Americans are unlikely to be flying for fun anytime soon, and businesses are now learning how to communicate using Zoom.

Staying alive long enough to see who’s right, though, will take serious sacrifice. Pushing down costs starts with selling off planes, especially old ones. American is retiring all of its 757, 767, and E190 jets, along with some of its older 737s and A330s. Cowen expects its rivals to make similar moves, collectively ditching 800 to 1,000 jets, which may be converted to freighters, scavenged for parts, or left to bake in a desert graveyard. Even Boyd, the optimist about a recovery, anticipates that airlines could permanently reduce their capacity by as much as 15 percent.

Fewer planes mean fewer people. Because US carriers employ about 100 people for each plane they operate, the Cowen analysis projects that between 95,000 and 105,000 American airline employees will lose their jobs once their protection under the CARES Act runs out on October 1. The CEOs of United and Southwest have warned of layoffs come the fall. Overseas, British Airways is cutting 12,000 jobs, nearly a third of its workforce. Taylor Garland, a spokesperson for the Association of Flight Attendants, says the union will push for airlines to minimize layoffs with options like early retirement offers and voluntary unpaid leave. But, she says, some losses may be inevitable. “We know something is going to happen in October.”