This is no time for a compromise with Brexiters: there is no middle way | Polly Toynbee 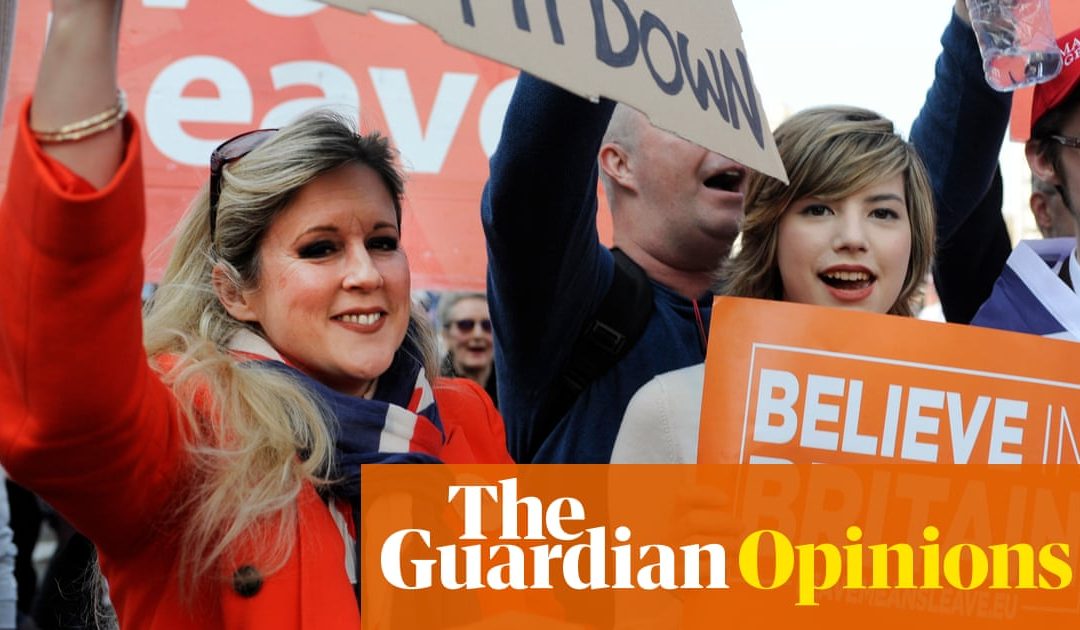 A customs union is no better than a hard Brexit, and its a delusion that peace will break out if MPs are lured into the trap, says Guardian columnist Polly Toynbee 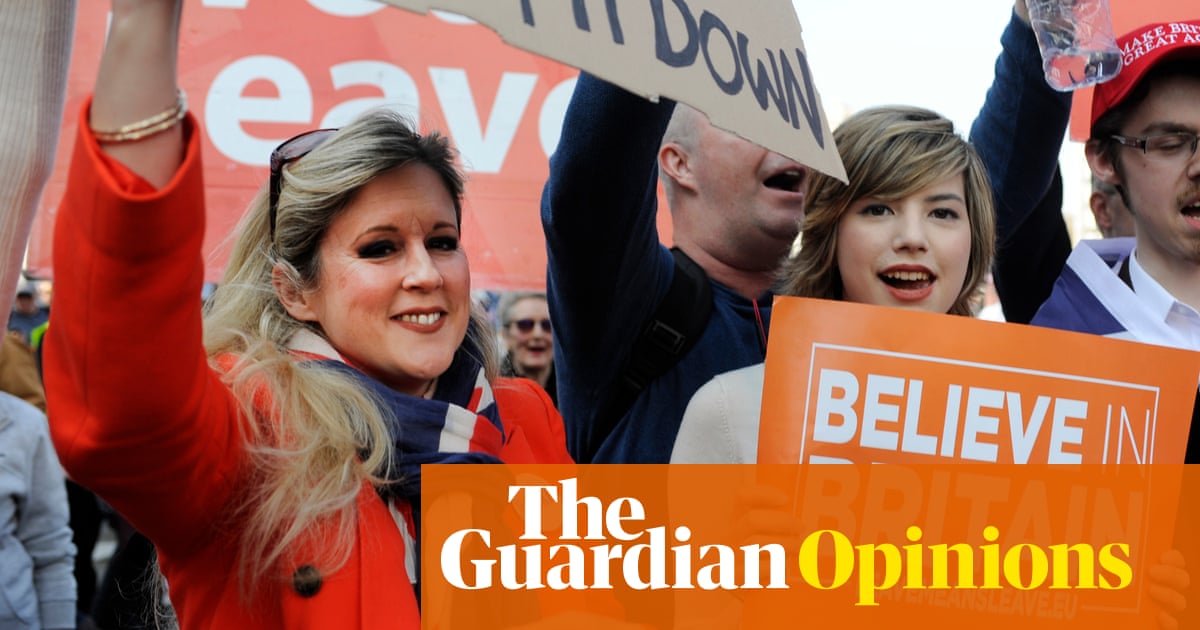 Believe in Britain, say leavers posters outside parliament. What sort of belief, as things fall apart? While Brexit voting consumed Westminster last Friday, another austerity tragedy slipped by unnoticed. In Hastings the doors shut for the last time on a day centre that was life support, comfort and company for 60 old people. I met Rose, Mary and Sal, who had sat together for years, and were now to be separated. Some of those ejected from the Isabel Blackman Centre will stay home alone. Some will soon go to expensive residential care, in the absence of the centres daily respite for their partners. Expect many to be in A&E more often, along with others of the 1.8 million older people denied care. Some 54,000 older people died waiting for a care package last year, according to Age UK. In East Sussex seven local care centres have shut. The council is near bankrupt, due to cuts. As the Isabel Blackman Centre shut, the new minister for loneliness, Tracey Crouch, was not there to say goodbye to Rose, Mary and Sal.

I left to catch the train back for the next episode of the Westminster psycho-drama, to see the MPs consumed by the furies, ambitions and panics of another Brexit vote. These things are linked. Believe in Britain? The real patriotic cause is to save us all from Brexit, from the damage any variety of Brexit will do, as the grip of austerity inevitably tightens following departure. Closing day centres wasnt on the side of that notorious leave bus, of course.

Comforting talk of compromise and soft Brexit is everywhere. But dont be lulled into hoping for any such thing: there is no middle way; out is out. Dont be soothed by the thought that a customs union would be better than the prime ministers hard red lines. Dont listen to the siren calls for customs union combined with single market membership. Closer ties of this kind, of course, feel better to remainers, but its a delusion to imagine they ease the path ahead. Because they dont, unless confirmed by a public vote.

Consider the future with realism: peace will not break out if a softened Brexit is hauled over the line by a bullied Commons majority. Remember what comes next: in short order we shall have a Brexiteering prime minister selected by a handful of Tory party members in shires and suburbs. He it will be a he will negotiate the real trade deal aiming for the hardest possible Brexit denouement. If the withdrawal deal eventually included the customs union, this new leader, along with his Brexit paratroopers and the pro-Brexit press would fight against it at every opportunity. Every time a new edict emerges from Brussels over which we had no say, they will lie about it, misrepresent it and stir up anti-EU fever.

Coming soon is an EU ban on the pesticide chlorothalonil: farmers are already protesting. Vassalage! Brexiters will side with farmers or anyone unhappy with any EU rule. Watch them campaign to cut all final ties, escape the Brussels yoke and regulations over which we have no say. And unfortunately, given our new lack of political influence in Brussels, they will have a point.

Obsessive Brexiters will never give up. Fear of that intransigence has made some remainers too ready to compromise. Remember 160 of them voted before for a no-deal outcome, despite EU warnings that theres no such thing as an orderly no deal. These MPs know it would mean lorry queues, empty-shelf panic-buying and a medicines crisis. Even worse, it would mean the UK unilaterally breaking an international treaty, the Good Friday agreement, by causing a hard border. We would become a rogue state defaulting on our debts. The Brexiters cleverly call this a clean Brexit, but its a very dirty one; an insanely irresponsible dash for an illusory pure Brexit. The jubilation of Trump and Putin would know no bounds. But if fear of that is what makes some choose compromise, be reassured no deal cant happen. Enough sensible MPs crossing every party line will do whatever it takes, including, as David Gauke suggests, bringing down their own government to stop it.

Nor should the lure of compromise tempt Labour into becoming the Brexit enabler: it will pay a high price if it backs any Brexit without the support of a public vote. A soft Brexit stitched up in parliament will only prolong the culture war. Only the public can finally end the Brexit mania, but the choice put to voters must be fair. If the choice is only a soft customs union or remain, there would be a mighty stink from the leavers. Theresa Mays deal may not be hard enough for them, but its certainly not soft: the ballot paper choice must be her deal or remain.

Its true that those supporting a peoples vote may be too sanguine in their hopes of remain winning a referendum. Analysts such as Prof Robert Ford are raining on their parade. While his polling suggests a move towards remain, now 54:46 ahead, he finds few changing their minds. He describes remain support as narrow and fragile, relying on abstainers turning out, while campaign symbols, slogans and slip-ups could swing the outcome either way.

Many fear that a referendum will just be too divisive, but theres no other peaceful resolution on offer. Both sides will fight on without it. If the customs union version is put to the vote, the risk is that voters choose it as a fictitious compromise, making Brexit more likely. Yet most bad effects of Brexit will still follow, with a final trade deal that could be as hard as Canadian rocks. Moreover, the customs union only covers goods 20% of our economy, not the remaining 80% bound up in services. Above all, a customs union Brexit will leave the angry Brexiters banging on about vassalage forever.

There is no compromising with Brexiters. Only the public can end the debate, either choosing an actual Brexit deal laid before them, or coming to the conclusion that there is no deal better than the one we have. The mood music of a pro-EU campaign needs to reflect the warmth of our neighbours, the affection they have shown in making it as easy as they can for us to stay, despite the hordes of Faragist bores and boors we sent to abuse them daily in the European parliament. As for prospective Euro-elections in May, dont fear them but seize the chance to send better neighbours to Brussels this time.

And afterwards, if we remain, dont let another good crisis go to waste. We wasted the 2008 crash by spaffing cash up the wall of banks instead of economy-building with Keynesian state spending. There are good crisis lessons to take from this Brexit fiasco: building up regional power and finance; taking social injustice seriously; civilising Westminster by opening its doors with proportional representation. Dont let go of the new sovereignty parliament has won from the over-mighty executive and warmly embrace and promote the good the European Union brings us.

The doors slamming shut on that day centre in Hastings felt like a symbol, a signal and a warning. If Brexit happens, under a Brextreme prime minister, there will be a lot more of that and little of the kind of politics that could make us Believe in Britain. This is not the moment to wobble and compromise: any Brexit is a bad Brexit and it can still be stopped.

Polly Toynbee is a Guardian columnist