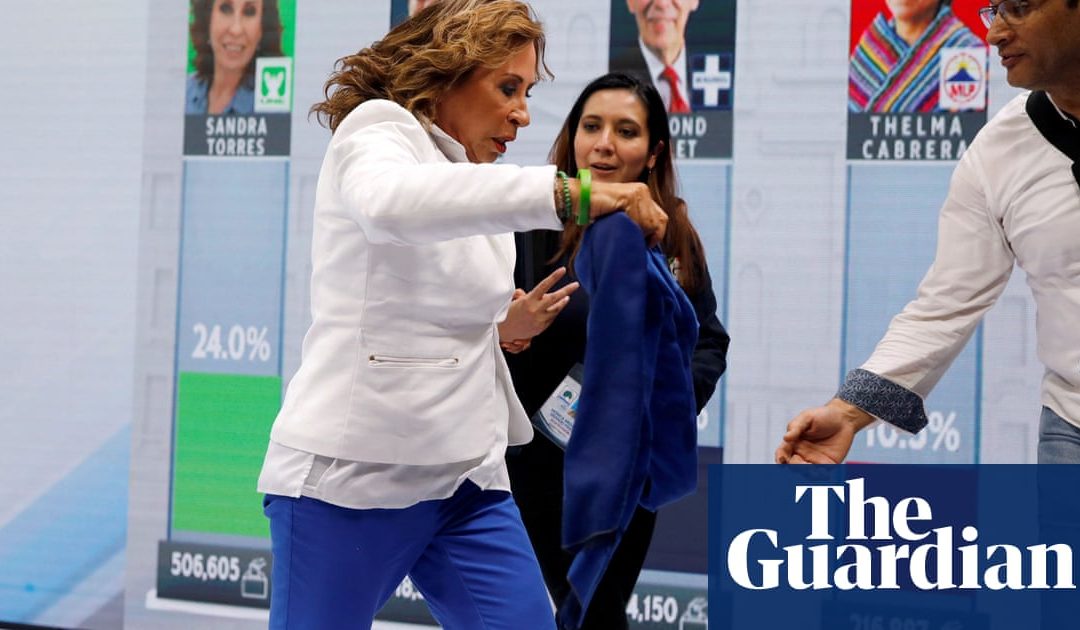 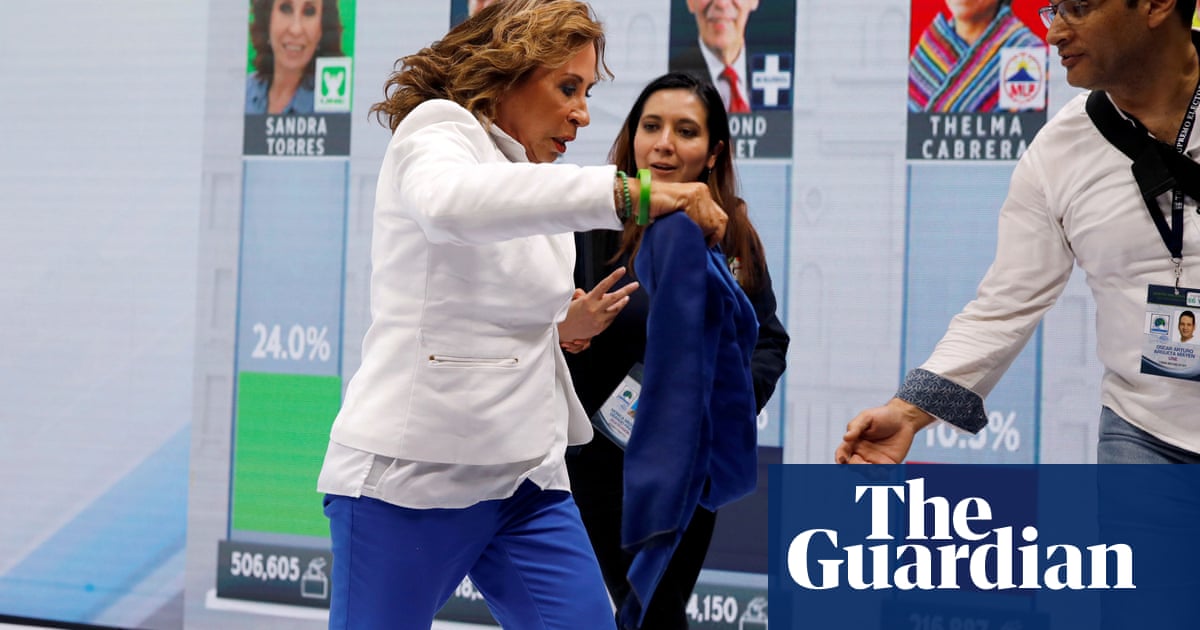 Guatemalas presidential election was headed for a runoff as results on Monday gave the center-left candidate Sandra Torres a clear lead but far short of the outright majority needed to avoid a second round against a conservative rival.

With votes tallied from 94% of polling stations, preliminary results from Sundays election gave former first lady Torres 25.27% of the vote, followed by the conservative Alejandro Giammattei with 14.08%, the electoral tribunals website said.

Early on Monday, Torres said she would work to forge alliances to win the second-round runoff, which is due to be held on 11 August.

The country needs unity: to unite the countryside with the city, to unite the workers with the business community, and also in civil society, in all sectors, she told reporters.

The head of the electoral tribunal said late on Sunday it could take approximately two weeks to have definitive results from across the Central American country.

Guatemalas next president faces the difficult task of curbing drug gang violence that has ravaged the country and helped spur illegal immigration to the United States, souring relations with Donald Trump.

Torres, of the center-left Une party, has for weeks led the race to succeed President Jimmy Morales, a conservative former blackface comedian whose term has been blighted by accusations of corruption made by UN-backed investigators.

Nevertheless, Torres also has high negative ratings and may struggle to win a direct runoff if supporters of the many right-of-center candidates unite against her.

Nineteen candidates took part in the vote. In third place with 11.32% was Edmond Mulet, a former UN official whose conservative candidacy gained traction in recent weeks.

Torres, who wants to send troops into the streets to fight drug gangs, and use welfare programs to tackle poverty, extended a hand to Guatemalas business elite when voting on Sunday.

Rampant violence and widespread discontent over corruption and impunity in the country of 17 million have prompted more and more Guatemalans to flee for the United States.

The surge of departures has undermined Trumps pledge to curb illegal immigration, and the US president has responded by threatening to cut US aid to Central America.

That prospect has caused alarm in Guatemala, where the legacy of the bloody 1960-1996 civil war still casts a long shadow over the countrys development.

Rain fell on Guatemala City during Sundays vote and results suggested there was considerable discontent among the electorate about the choice of candidates on offer. More than 13% of votes cast were blank or spoiled ballots, the count showed.

President Morales, who is barred by law from seeking re-election, took office in 2016 vowing to end corruption after his predecessor was brought down by an investigation led by the UN-backed International Commission against Impunity in Guatemala (Cicig).

Instead, Morales himself became a target of a Cicig investigation into allegations of campaign finance wrongdoing and was subject to impeachment proceedings in 2017.

He survived the attempt to oust him, and then engaged in a bitter dispute with the Cicicg before finally terminating its mandate, effective from September.

None of the top contenders has unequivocally backed the Cicig, with Torres saying she would consider holding a referendum on whether it should remain in Guatemala.