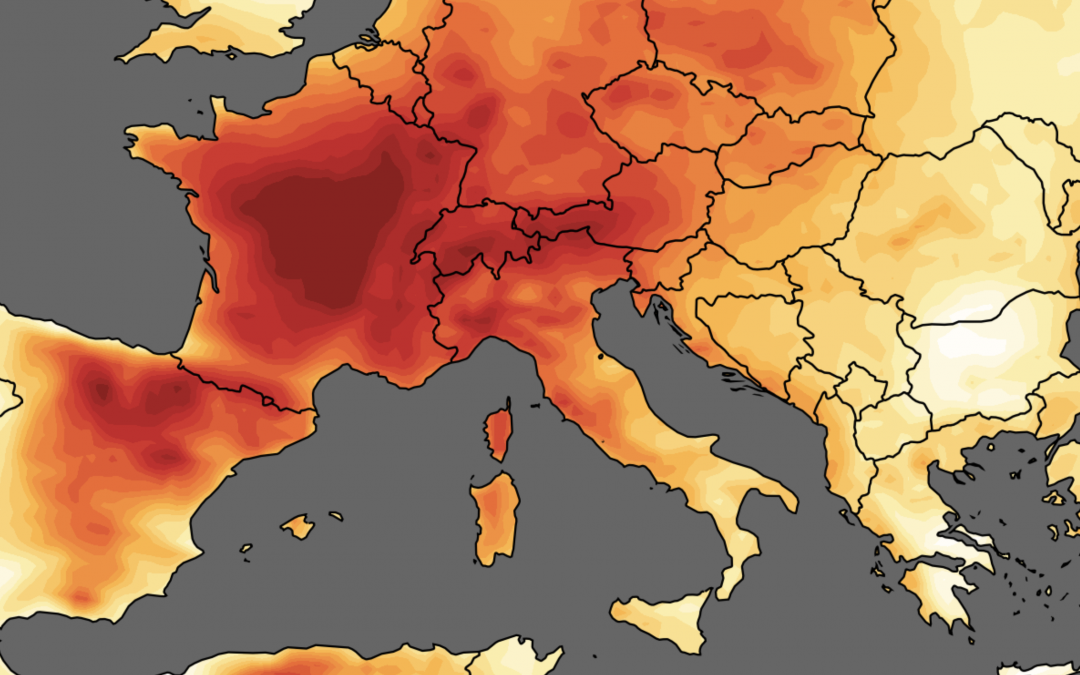 From Alaska to Europe, the world has spent the past few weeks roasting under temperatures never before seen in recorded history.

In Alaska, all-time-high record temperatures were set across the state on July 4th, according to the National Weather Service. In Anchorage, the mercury soared to highs of 90 degrees, the highest temperature since recording began in 1952.

Temperatures in Alaska have reached 90 degrees in other cities around the state before, but this is the first time the thermometer hit that mark in Anchorage.

The #4thofjuly2019 was one for the books. Several ALL-TIME high temperature records were set at official observation sites throughout Southern #Alaska. But that's not all…there were more daily temperature records set too! #AKwx #ItsHotInAlaska pic.twitter.com/GxcdUaD9ld

Meanwhile, hot winds blowing North from the Sahara set temperatures in Europe soaring to record highs, according to data released by the Copernicus Climate Change Service.

It was Europe’s record three-degree temperature spike that brought global temperatures to their recorded-history highs. 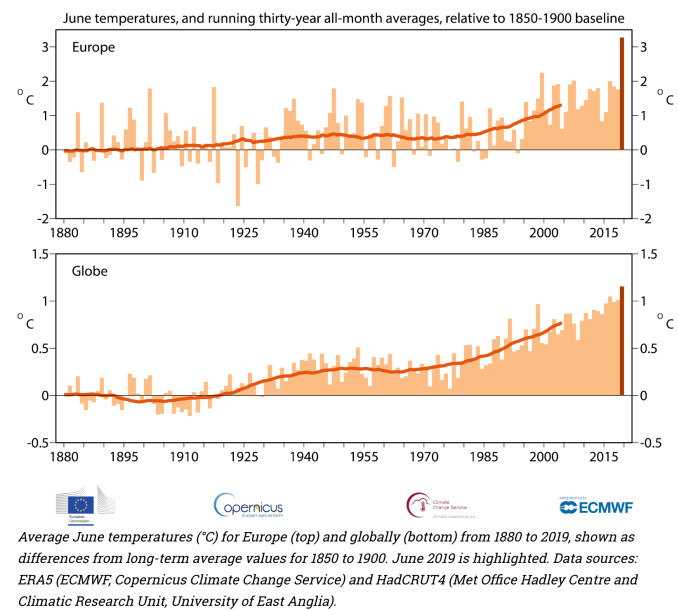 “Although local temperatures may have been lower or higher than those forecast, our data show that the temperatures over the southwestern region of Europe during the last week of June were unusually high,” said Jean-Noël Thépaut, head of the Copernicus Climate Change Service. “Although this was exceptional, we are likely to see more of these events in the future due to climate change.”

According to data from Copernicus, the temperature spike across Europe was the highest on record for the month.

Compared for the same five-day period during the last 30-year climatological reference period, six to 10 degree Celsius temperature spikes happened in most of France and Germany, throughout northern Spain, northern Italy, Switzerland, Austria and the Czech Republic.

As these events become common, the need for technologies that can reduce carbon emissions because more pressing.

Increasingly, businesses and investors are returning to the once-shunned market of clean technology and renewable energy to back new electric vehicle manufacturers, new energy efficient construction technologies, the rehabilitation of outdated infrastructure and consumer goods that have a smaller carbon footprint or reduce waste.

Data from Bloomberg New Energy Finance published earlier this year indicated that venture investments into what was once called clean technology hit $9.2 billion in 2018. That’s the highest cumulative investment in the sector since 2009. Much of those deals were in Chinese electric vehicle manufacturers that attracted some $3.3 billion in venture capital and private equity dollars.

That’s critical, because global carbon emissions have increased over the past two years, according to estimates from the Global Carbon Project.

“We thought, perhaps hoped, emissions had peaked a few years ago,” said Rob Jackson, a professor of Earth system science in Stanford’s School of Earth, Energy & Environmental Sciences (Stanford Earth). “After two years of renewed growth, that was wishful thinking.”

In the U.S. specifically, climate-related pressures (a warmer summer and a colder winter) led to increasing demand along with an uptick in gasoline consumption as demand for bigger vehicles fueled higher gas consumption.