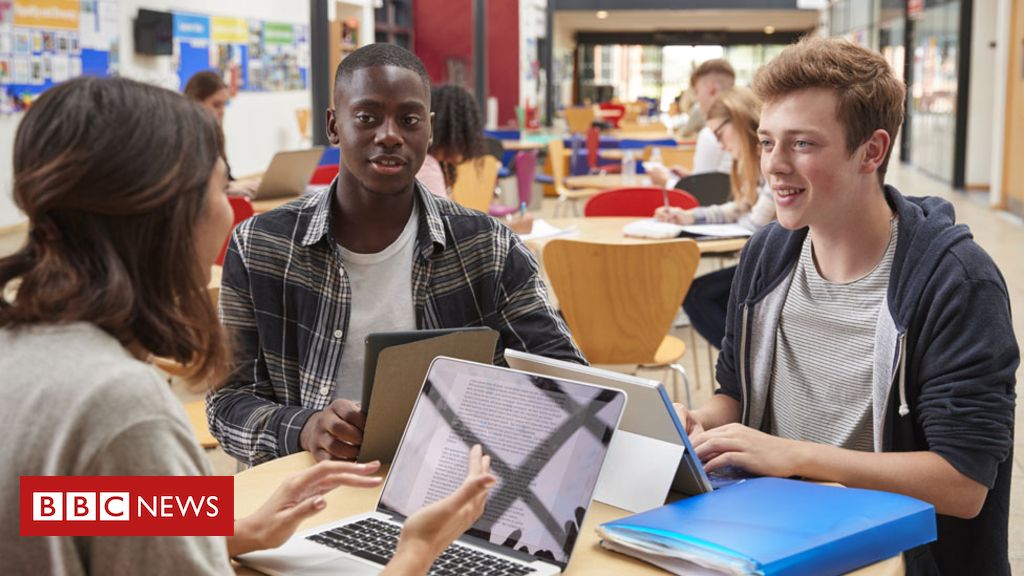 “It’s important to talk about the cost of going to open days,” says Rachel, a sixth-former from Plymouth, in Devon, who is looking at university choices.

“Not everyone can afford to go out of their area. Train tickets are expensive and there’s most likely accommodation as well.”

This is peak season for university open days, when tens of thousands of teenagers and their families are criss-crossing the country viewing places where they might study.

A return trip by train from north to south can cost £200 or even £300. And even with railcard discounts, when there might be four or five universities to visit, the open-day season can soon become an unaffordable closed door.

For those driving, there are still fuel costs. And longer journeys by coach can mean having to pay for an overnight stay.

But these costs seem to have slipped below the radar – even though they might be directly limiting the choices of disadvantaged students.

There is no charge to attend these events. But Rachel says the travel costs mean she has effectively ruled out universities in the North of England.

“I wouldn’t want to apply to a city I hadn’t been to before, in case I’d regret it,” she says.

Anne-Marie Canning, director of social mobility at King’s College London, says this is a much bigger barrier than has been recognised.

Among all the theoretical debates about social mobility, one really practical problem that gets overlooked is the eye-wateringly expensive price of train travel.

“We invited parents to talk about reasons for people not going to university,” says Ms Canning, who has been working with disadvantaged families.

She expected responses to be about tuition fees and student finance and whether their children would get the exam grades.

“But the number one problem was, ‘I know I can’t take them to an open day. I can’t afford those train tickets,'” she says.

“It’s a major barrier,” she says, particularly for families where going to university is already “unfamiliar territory”.

There is no obligation to attend an open day but Ms Canning says parents saw it as a necessary step before making such a big financial commitment.

Rachel has been supported in her studies by the Villiers Park Educational Trust, a social mobility charity that works with high ability youngsters from disadvantaged backgrounds.

The charity’s programme director, Deborah Richardson, says the cost of getting to open days is a direct limitation on choice.

“It is unfair. We all know rail fares are phenomenal in this country, particularly if they’re choosing to go at the last minute. Planning an open day in advance isn’t always easy,” she says.

“Independent schools will put on a minibus. They’ll take 10 or 15 people to Manchester, Oxford, Cambridge, Newcastle or wherever because they can do it – but not every state school can.”

It’s usually left to parents to provide the money and organisation for their teenagers, so they can meet tutors, find out about applying for courses and check out the accommodation.

And when thousands of families are descending on a university town at the same time, the trains are not going to be cheap.

The University of Bristol had 30,000 people booking for its two open days this summer.

Sadie, from Hastings, in East Sussex, says her friends are working out which universities they can afford to reach.

She won’t look any further north than Nottingham, which means ruling out places she might otherwise have considered, such as Newcastle and Durham.

She says “applying blind” to a university without visiting would be too much of a risk.

“You can’t really get a sense of the environment of the university and whether it’s something that suits you,” says Sadie, who is also part of a group of sixth-formers being supported by the Villiers Park trust.

“It’s such a big financial commitment, you need to make an informed decision. I wouldn’t apply to somewhere I haven’t been, out of the fear that I would hate it and waste my money completely,” says Lauren Hampson, from Plymouth.

“You have to see something to decide whether you like it,” she says.

“You may have your heart set on a university and it looks amazing – but when you go there, you might hate it.”

But does that mean a significant limit on where she is likely to apply?

“Definitely – it does close you off from universities,” Sadie says.

Sarah, from Plymouth, says she probably wouldn’t go any further than London.

“It’s quite hard if you have to pay for the trains and accommodation,” she says.

“I don’t think it’s fair that other people may have better opportunities to go and see them and make a better decision about where to go.”

Ethan, also from Plymouth, says open days are needed to “see the actual students, the atmosphere, the general sense of their life there – and not just how they make it look nice online”.

Open days are more important than ever to universities – they have to compete for students and their tuition fees.

The cost of travel is recognised as a challenge, with a number of universities offering means-tested bursaries.

For instance, the University of East Anglia has had 94 applications for help from individuals and 28 schools this year.

The University of Sheffield provides some free overnight accommodation for open days, with more than 500 staying so far this year.

“We know our travel bursaries and overnight accommodation offer make it possible for students who otherwise wouldn’t have been able to afford it,” says the university’s head of widening participation, James Busson.

Durham offers up to £100 towards travel costs for certain groups of potential applicants, including those who have been in care.

But she says there needs to be a much more joined-up approach and careful consideration of the links between transport and access to education.

Universities between them spend more than £800m per year on widening access – but that depends on young people being able to get to see the university in the first place.

A spokesman for the Rail Delivery Group, which represents train operators and Network Rail, said “there are lots of cheap tickets available” to help students get to open days.

“Our range of railcards offer a third off most fares, we’re running double the number of long-distance trains compared to 20 years and we’re introducing thousands of new trains with more seats,” he said.