The Observer view on Syria: Syrias new horror was foretold. It shames us all | Observer editorial 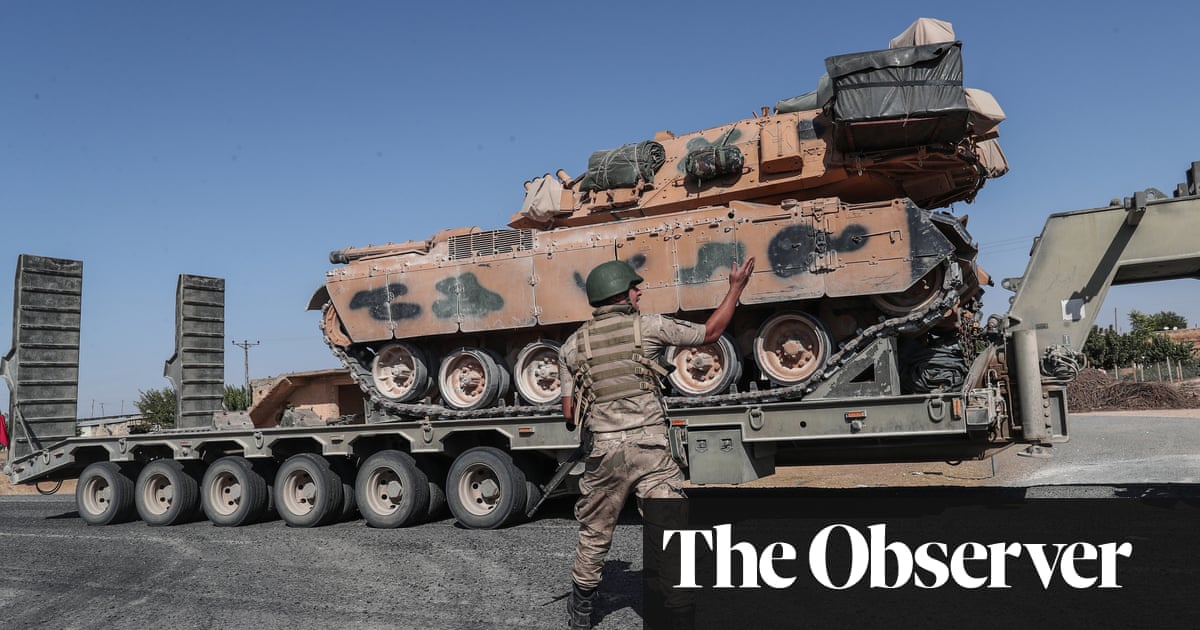 Turkeys intrusion of north-east Syria, faciliated by the withdrawal of United States forces, might cause a renewal of Islamic State 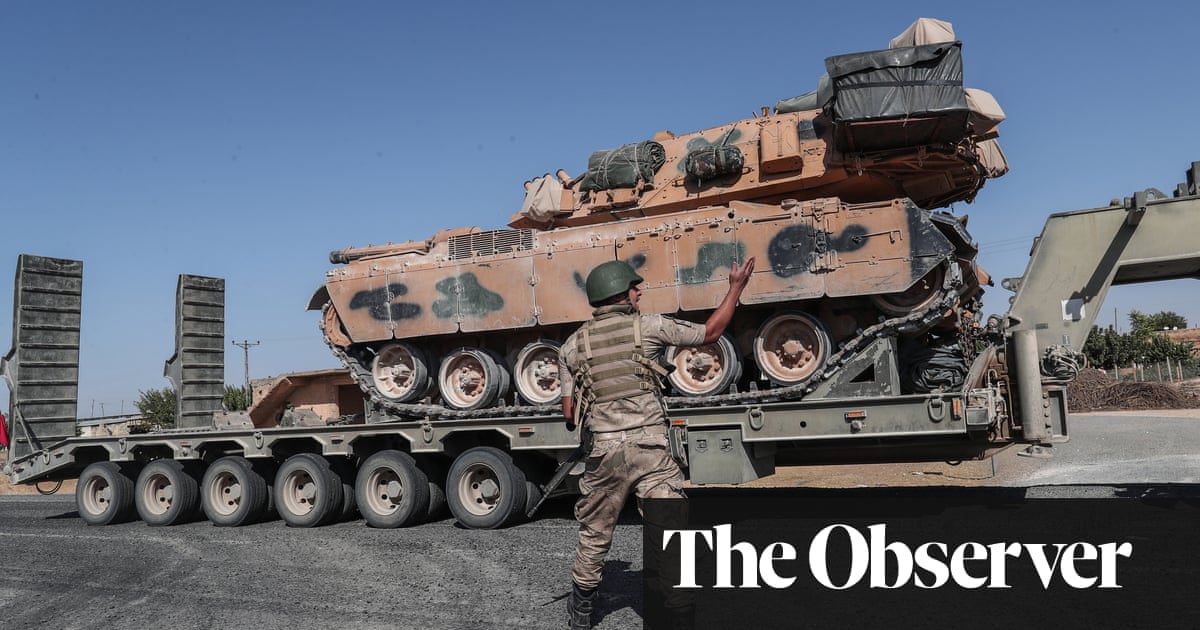 The dispute swallowing up north-east Syria is a completely preventable catastrophe. It was commonly visualized. It could, and should, have actually been avoided. Obligation lies mainly with Turkey’s bellicose president, Recep Tayyip Erdoan . Numerous others share the blame, consisting of a criminally unskilled Donald Trump, Islamic State jihadists, who formerly destabilised the location, and the worldwide neighborhood, which has actually stopped working, over the course of 8 bloody years, to stop Syria’s civil war.

The terrifyingly indiscriminate Turkish weapons barrages and air campaign directed at towns and towns in Kurdish-held locations along the border embarassment those who purchased them. Erdoan’s claim that his forces are just targeting terrorists is offered the lie by the increasing toll of civilian deaths and injuries . Help companies have actually left. Healthcare facilities have actually closed. The UN states about 100,000 individuals have actually run away up until now. With Turkey turning down calls to stop the offensive, it might all get much even worse.

This is a disaster foretold. Turkey has longstanding, genuine border security issues. It thinks the Kurdish militia that manages north-east Syria remains in league with its old enemy, the Turkey-based Kurdistan Workers’ celebration (PKK), which the United States and the EU, like Ankara, consider terrorists. Erdoa had actually been threatening military action east of the Euphrates for months. Only the existence of United States soldiers stopped him .

United States authorities state an arrangement with the Turks remained in location, attending to joint border security patrols. This was not enough for Erdoan. His impatience emerged not from the immediacy of the terrorist danger, which he frequently overemphasizes, however stemmed, a minimum of in part, from his requirement for a political “win” after current election obstacles and from increasing rightwing nationalist pressure to repatriate Syrian refugees to a Turkish-controlled “safe zone”.

It is at this point that Erdoan’s program assembled with Trump’s visceral hostility to “unlimited” foreign wars and the impeachment furore in Washington. When Erdoa telephoned last Sunday night, requiring that the United States raise its veto on intervention, Trump saw a possibility to both bring the soldiers house and sidetrack attention from his Ukraine shenanigans.

Official assertions that Trump did not offer Erdoan a thumbs-up are pure eyewash. The White House declaration provided after the telephone call explains this is precisely what took place. And yet, on one level, this result is unsurprising. Erdoan and Trump are 2 of a kind: dishonest, intuitively authoritarian leaders ever prepared to flex the reality. Neither can be relied on.

These 2 guys have something else in typical. They do not comprehend, nor do they adequately appreciate, the repercussions of their actions. Trump appears to have actually been really surprised by the storm of criticism, consisting of from Republicans , which welcomed his choice to draw back United States soldiers. He was appropriately berated for betraying America’s Kurdish allies and assisting Russia, Iran and Bashar al-Assad’s Syrian routine. Worries were raised that Isis jihadists held under Kurdish guard may get away.

The fate of apprehended Isis fighters, amounting to about 10,000 throughout northern Syria and Iraq, is a problem to which Erdoan, too, has actually clearly not provided enough believed. He states Turkey will guarantee they do not abscond. His unimpressive ground forces, still surging about on the border, can not be counted on to satisfy such promises. Currently there are reports of an Isis jail break in a town under Turkish barrage and 2 Isis suicide battles.

Trump consistently, untruthfully, boasts that Isis was beat on his watch. The “caliphate” is damaged, however the jihadists still posture a risk, as a brand-new International Crisis Group research study programs. There are relentless reports that the organisation is regrouping. Trump and Erdoa have actually possibly helped this procedure. Who could blame Kurdish fighters, with their houses under attack, if they deserted the detention camps and went to withstand the intruder?

The worldwide neighborhood is at fault, too, for stopping working to develop a procedure for bringing Isis terrorists to justice. Leaving them, their advocates and households stuck forever in desert camps was never ever going to work. Western nations, consisting of Britain, have actually primarily evaded their duties in this regard, worried that jihadists who hold European or british citizenship might be released by domestic courts for absence of permissible proof. To resolve this issue, they must think about the development, under UN auspices, of a global criminal tribunal for counter-terrorism.

Sadly, as the whole history of the Syrian war recommends, the possibilities of such worldwide cooperation really taking place are all however non-existent. The UN security council, disputing Turkey’s action, might not even concur a joint declaration, due in part to the normal Russian obstructionism. The EU will discuss it at today’s top . Anticipate little bit more than stern words. Nato is simply searching. Trump blusters about sanctions, as if it all had absolutely nothing to do with him.

Pity individuals of northern Syria , bombed and blasted from their houses by a callous autocrat who should, if there were any justice, deal with a war criminal offenses tribunal. It appears there is no assisting them. What an outrage. No surprise the world remains in such a mess.