John Legere is stepping down as CEO of T-Mobile, succeeded by deputy Mike Sievert on May 1 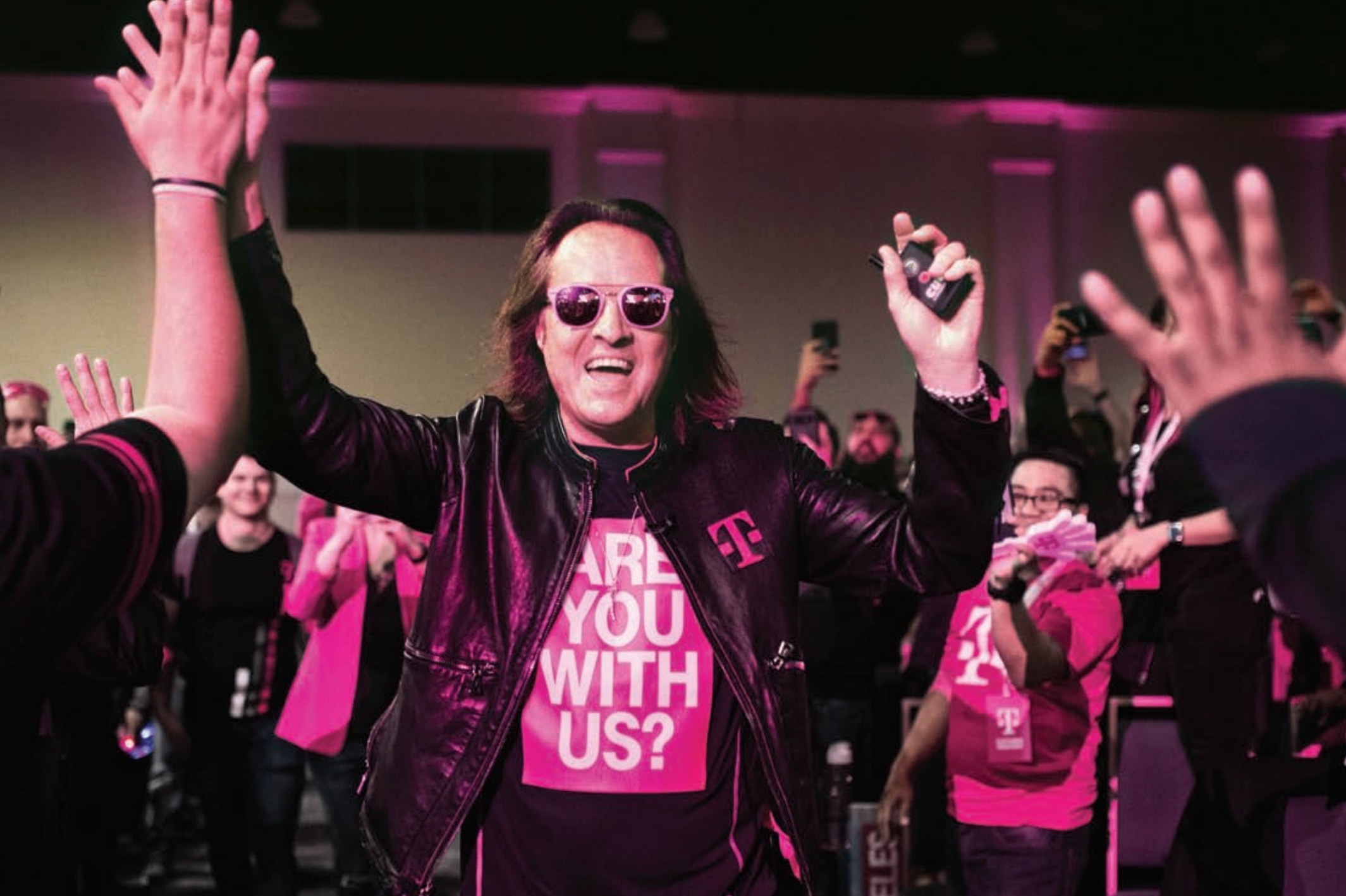 He’s reportedly not going to take over WeWork, but John Legere is definitely on his way out of the CEO role at T-Mobile, the carrier that is currently merging with SoftBank-controlled Sprint. Today the carrier and Legere confirmed that Mike Sievert — currently T-Mobile’s COO — will succeed Legere as CEO on May 1 of 2020. Legere will stay on the board.

Neither Legere nor T-Mobile commented on what his next move will be, and specifically if this will pave the way for him to take over the top job at WeWork. There had been reports that Legere — something of a turnaround specialist — was being lined up for the job at the very troubled office-space startup, which had to shelve its IPO earlier this year after showing poor financials amid questionable management that not only led to the departure of its founder Adam Neumann as CEO, but a strong devaluation of the company that resulted in SoftBank, as a major creditor, taking control.

The reports of Legere coming in to fix things at WeWork seemed to get refuted quite swiftly. However, the same “sources” that quashed that story also insisted he had “no plans” to leave T-Mobile. With elements of the report in doubt, that could put the WeWork rumors (or thoughts of other SoftBank roles, for that matter) back on the table. We’ve asked Legere directly and will update this post if he replies.

Legere has been with T-Mobile since 2012, where he used his irreverent personality to directly spar with the industry while at the same time position the carrier — which has long trailed bigger competitors like AT&T and Verizon (which owns us) in size — as a growth story and different from the pack (hence the “un-carrier” marketing strategy). The stock price has over that time gone up, and the carrier is currently valued at around $65 billion. (Notably, the stock is down about 1.5% today on the back of this news.)

Sievert will be tasked with continuing the route that Legere set, T-Mobile said, “demonstrating that T-Mobile will remain a disruptive force in US wireless marketplace to benefit consumers.”

“I hired Mike in 2012 and I have great confidence in him. I have mentored him as he took on increasingly broad responsibilities, and he is absolutely the right choice as T-Mobile’s next CEO,” said Legere in a statement. “Mike is well prepared to lead T-Mobile into the future. He has a deep understanding of where T-Mobile has been and where it needs to go to remain the most innovative company in the industry. I am extremely proud of the culture and enthusiasm we have built around challenging the status quo and our ongoing commitment to putting customers first.”

“The Un-carrier culture, which all our employees live every day, will not change,” Sievert said in a separate statement. “T-Mobile is not just about one individual. Our company is built around an extraordinarily capable management team and thousands of talented, committed, and customer-obsessed employees. Going forward, my mission is to build on T-Mobile’s industry-leading reputation for empowering employees to deliver an outstanding customer experience and to position T-Mobile not only as the leading mobile carrier, but as one of the most admired companies in America.”

Regardless of whether this is a sign that SoftBank indeed has a job lined up for Legere at one of its other portfolio companies, such as WeWork, the changing of the guard makes some sense, as the merger with Sprint would leave a question mark over who would lead the combined business. The two companies were reportedly close to releasing a management line-up for the merged business earlier this year, but that has yet to happen. The merger is due to be completed early next year.