The 13 key policies in the Conservative manifesto 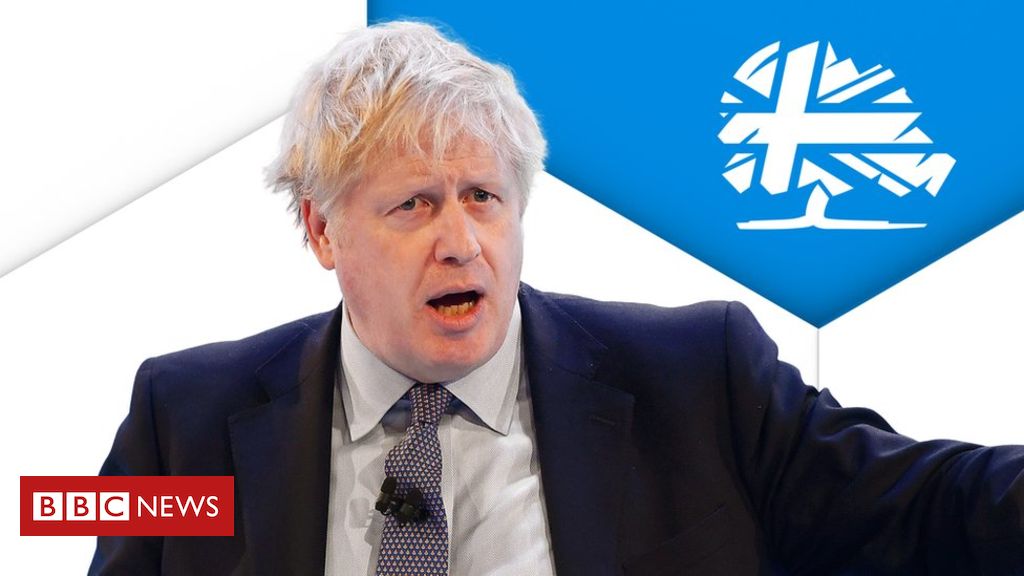 The Conservative Party has launched its 2019 election manifesto, with the slogan Get Brexit Done, Unleash Britain’s Potential. It sets out the policies the party aims to introduce should it win the election.

The full document runs to 59 pages. But what are the promises that will grab the public’s attention, and potentially win over voters on polling day, 12 December?

At present, there are just under 300,000 full-time equivalent posts. The party hopes to train more nurses by reintroducing maintenance grants of between £5,000 and £8,000 a year for students. The scrapping of these grants in 2017 was controversial and was followed by a fall in applicants. So, it is something of a U-turn.

However, the policy will not involve a return to the pre-2017 policy of free tuition for nursing students. The 50,000 figure is reached by including foreign recruitment and policies for better retention of nurses. Labour promised to recruit 24,000 nurses – based on higher numbers in training – and introduce free tuition fees and maintenance grants.

Healthcare is devolved so these policies would apply to England only, but Scotland, Northern Ireland and Wales would benefit from the funding.

2. Leave the EU in January

In the least surprising promise in this manifesto, Boris Johnson makes a personal guarantee that he will get Brexit “done” in January if he wins a majority. He says that will end the political divisions in the country, but that seems unlikely.

The Conservatives also promise to negotiate a trade deal with the EU next year, and confirm that they will not extend the post-Brexit transition period beyond December 2020. That is an incredibly short amount of time to finalise a trade deal of any significant ambition, and it means the EU knows in advance what the UK’s negotiating deadlines are.

The Conservatives say the UK will be outside the EU single market, and any form of customs union. But until we know the terms of a new relationship with the EU, it will be hard to argue that Brexit has really been done.

This policy would apply to the whole of the UK.

A little bit more spending – and a bit more tax.

There were no rabbits out of the hat, no huge tax cuts, or rises, and no big ticket new spending item. By design, the tax and spend numbers are smaller than those of the Liberal Democrats and, especially, Labour. They have space to do a lot more within the new borrowing rules.

But Chancellor Sajid Javid and Prime Minister Boris Johnson want to keep a tight ship. There will be a little bit more spending and a bit more tax too. But it amounts to less than 1% of the size of the economy. The big picture is several billion a year of extra spending, but not several tens of billions.

Keep the so-called triple lock on the state pension.

Keeping the popular “triple lock” means the state pension will be increased by CPI measure of inflation, wage growth or 2.5% each year – whichever is the highest. Critics say that keeping it in place is unaffordable and that it doesn’t help the poorest and oldest pensioners who are on the old state pension.

But tampering with it would have been politically radical – all of the major parties have committed to it in this election. The Conservatives have learned from past mistakes. Theresa May pledged to scrap the 2.5% guarantee in the 2017 election, and was forced to abandon the pledge to win support from the DUP.

This policy would apply to the whole of the UK.

5. No-one will sell their home to pay for care

A cross-party consensus on care will be built.

Boris Johnson promised to fix the crisis in adult social care, but the manifesto contains little more than the guiding principle that no-one will have to sell their home to pay for care. As things stand, few would call these details an ambitious plan, but the Conservative’s pledge to urgently build a cross-party consensus on future care will be welcomed.

The system is already at breaking point, and experts warn the extra £1bn a year promised for the next five years won’t be enough to prop it up. Not least, because the money will be shared with equally overstretched children’s services. The Tory calculation appears to be that it is best to say as little as possible, rather than risk being tripped up by an issue that cost them dearly at the last election.

Social care is devolved so this will only apply in England.

Meet the pledge to cut emissions to virtually zero.

Conservative climate policies will attract scrutiny. In June, they set a world-leading goal of cutting emissions to virtually zero by 2050. And they’ve created a boom in cheap offshore wind energy. But interim emissions targets are already slipping away. What’s more, some scientists are warning that the climate needs even more urgent repair.

That led the Lib Dems and SNP to propose an earlier clean-up date of 2045. Labour says it should be by the 2030s. The Greens want 2030 – which would mean practically all petrol and diesel vehicles banned, all homes insulated and all central heating boilers changed within a decade. So, it’s not just a question of the date – it’s whether the policy can be delivered.

The UK’s homes are so poorly insulated that to meet the country’s 2050 climate commitments we need a nationwide programme to upgrade them. This pledge to spend £2,860 per household on improving the energy efficiency of social housing would affect 2.2m homes. But there’s no mention of what would be done for those who own their own home.

The claim that households could save up to £750 a year on their energy bills sounds optimistic and could only apply to homes with terrible energy efficiency. The typical saving after such work on housing, experts say, tends to be more like £50. The policy is dwarfed by Labour’s promises of spending £9,300 per home on almost all of the 27 million homes in the UK, at a cost of £250bn.

Housing is devolved so this will only apply to England.

Fewer lower-skilled migrants will be allowed into the UK.

The last Conservative manifesto reiterated the leadership’s intention to reduce net migration to less than 100,000. It became an albatross – a much-criticised target that was never achieved. Boris Johnson had already jettisoned it in favour of an Australian style points-based system, attracting “the brightest and the best”.

The focus on control means that fewer lower skilled migrants will be allowed into the UK. But while the Conservatives can argue this will mean less pressure on public services, it is these services which often rely on migrant labour.

This policy applies to the whole of the UK.

9. Continue the roll out of universal credit

Reduce poverty through changes to tax and benefits.

The Conservatives confirm they will continue the roll out of universal credit, despite the controversy that has dogged the new benefits system. As has already been announced they are ending the freeze on benefits, which will mean a 1.7% increase in the money people get next April.

They also pledge to reduce the number of reassessments that people with disabilities face for their benefits, with a national strategy for disabled people promised by the end of 2020. There is a commitment to reduce poverty, including child poverty, through changes to tax and benefits. But there is little detail on how ongoing complaints about the failings of universal credit will be addressed.

This policy applies to the whole of the UK.

Help parents by making childcare available in the holidays.

Labour and the Liberal Democrats are offering multi-billion pound, universal childcare policies for pre-school children. But the Tories this is a much more strategic offer – aiming to create 250,000 extra childcare places during the holidays for primary school-age children – about 5% of that age group. It would cost £250m per year for three years, with £250m for one-off costs such as buildings.

This recalls the era of former Labour prime minister Tony Blair, with its pre-austerity expansion of breakfast clubs, after-school clubs and holiday clubs. Much of this will be delivered through schools, so it will depend on them being able to make their premises available over the summer holidays.

Childcare is devolved so will only apply to England.

Freeze of tuition fees at £9,250 likely to continue.

For most degree students and their universities there is little in this manifesto. Simply a promise to look carefully at the “thoughtful” suggestions in the review into student finance and university and college funding, led by Philip Augar. In the short term, this suggests the current freeze of tuition fees in England at their current level of £9,250 will continue.

That could eventually have the same effect as the cut proposed by the Augar panel because of inflation. Interest rates on student loans are to be reviewed again. On lifelong learning, the offer is more modest than both the Lib Dems training wallet and Labour’s promise of six years of free adult learning. Instead the manifesto says the Conservatives would work towards a right to retrain.

Tuition fees and education are devolved, so any policy changes will apply to England only.

And there’s £2bn to fill potholes.

It’s telling that top of the Tories’ transport list is a promise to build a new rail line linking Manchester and Leeds. It’s a long-held and well-founded grievance in the north of England that transport infrastructure is substandard compared with the south. But the project isn’t expected to be complete before 2040.

The more immediate infrastructure conundrum is High Speed 2 which is already under way. Given how much that project polarises opinion it wasn’t a surprise when a Conservative government said it would make a decision after the election.

And by singling-out funding of £2bn for potholes and a further £29bn for roads, the Conservatives are more at ease than the other main parties in reaffirming their commitment to the car as a predominant mode of transport. In truth, on transport there are no huge policy surprises.

It will look into the constitutional power balance.

The Supreme Court’s ruling in September – that Boris Johnson’s advice to the Queen to prorogue (suspend) Parliament was unlawful – was the latest and most dramatic example of judicial review. There is now almost no area of government decision-making that cannot be subject to scrutiny by judges.

Some feel it has pulled the judiciary too far into areas of political decision-making. The Conservatives’ proposed “constitution, democracy and rights” commission is intended to look afresh at the constitutional power balance between the three great institutions of state, the executive (government and crown), Parliament and the judiciary.

What do the other parties offer?

What are the parties promising you?

Here’s a concise guide to where the parties stand on key issues like Brexit, education and the NHS.