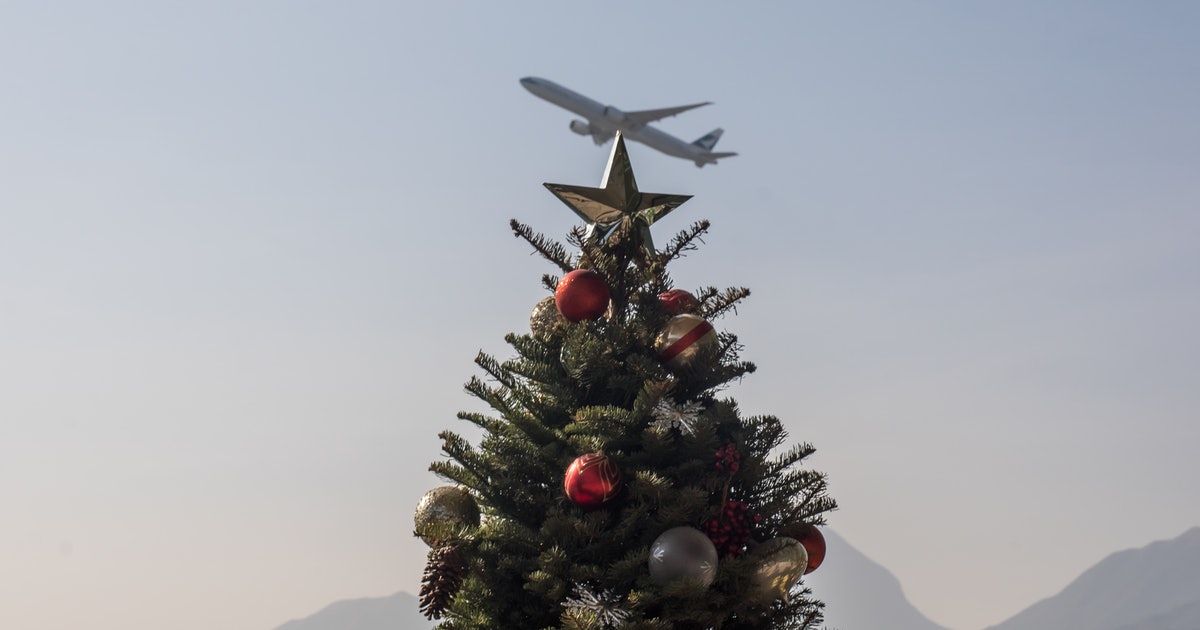 The countdown to the merriest time of the year is officially here, and chances are you’re starting to think about purchasing flights to go home for the holidays, if you haven’t already. While most experts claim travelers can snag the best deals on airfare in October, there’s a two-to-three-week window in December that’s pretty much your last chance to score some savings before prices skyrocket. Here’s when to buy Christmas 2019 flights so that you aren’t breaking the bank with your holiday travels.

Traveling for the holidays can be prohibitively expensive, so that’s why timing is everything when it comes to buying your tickets. If you missed out on cheaper fares that were available during the summer and earlier this fall, you’ll want to keep an eye out for a dip in prices a few weeks before Dec. 25.

Prices tend to temporarily drop about two to three weeks ahead of Christmas, according to Hopper, which notes, “The absolute last day to get a great deal on a flight home for Christmas is December 8.” After that date, tickets will go up $5 or more per day.

According to findings from the AAA, booking around this Dec. 8 and Dec. 9 window can actually lead to some major savings. Compared to an average ticket price of $561 when purchased between Oct. 26 and Nov. 27, travelers can expect to pay an average of $488 when booked during those December dates. Data from Expedia seems to support this, claiming that booking between Thanksgiving and those first few weeks in December will save travelers “around 15 percent” on their ticket fares.

So it’s not too late to get some of the best prices on your holiday airfare if you act quickly.

Travelers can also save bank by planning what days they fly out on. According to Expedia, the Saturday before the holiday is “consistently the most expensive day to fly,” so I’d avoid that if possible. Instead, travelers can save up to 30% by flying out on Christmas Eve or Christmas Day, with the next cheapest day being Monday. Dec. 23, according to Hopper.

I know it’s hard to believe, but Christmas is just a few weeks away, meaning you’ll want to sit down and make some serious moves on your booking before Dec. 8 if you want to avoid overpaying on airline travel.