Greens pledge to write off 34bn in student debt 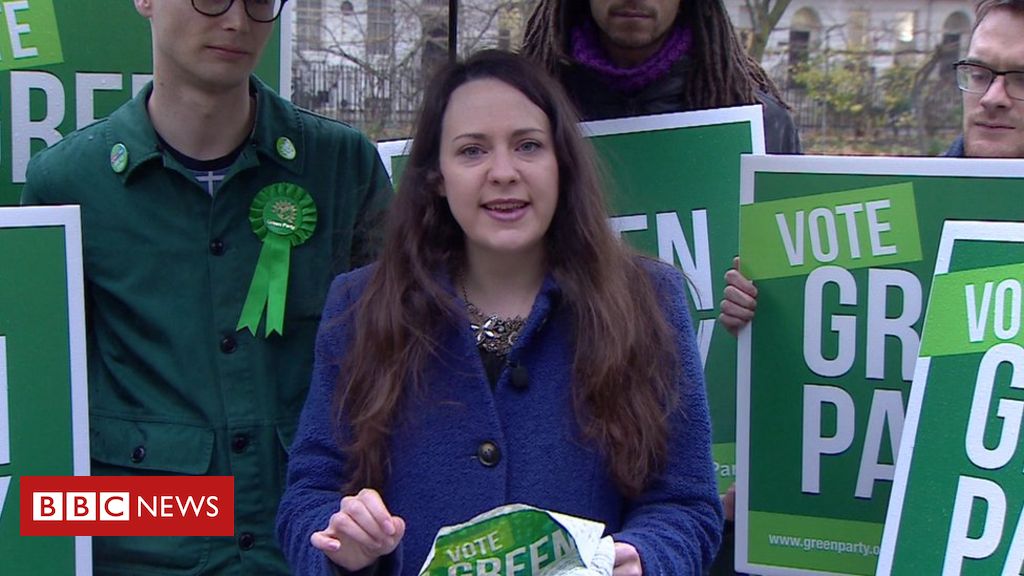 The Green Party has said it will write off £34bn worth of student debt as part of a plan to make education in England “free for life for everyone”.

It has outlined plans to cancel the outstanding loans of all those who attended universities in England since tuition fees rose to £9,000 in 2012.

Its deputy leader Amelia Womack said education was a “public good” and the pledge came with “no strings attached”.

The Greens are also pledging to scrap tuition fees, first introduced by a Labour government in the 1990s, for all future students in England and to restore annual maintenance grants, at an annual cost of £7.8bn.

Labour is also promising to scrap tuition fees and restore maintenance grants while the Brexit Party has said it will end “punitive” interest rates on student loans.

Neither the Conservatives nor the Liberal Democrats are proposing major changes although the Lib Dems have called for maintenance grants to be reinstated for poorer students and promised a future review of the model of student finance.

The Greens said their party is the only one standing in England committed to writing off outstanding student debt as a matter of “justice”.

“Education is a public good and we’re proud to invest in the next generation,” Ms Womack told supporters at a rally in central London.

“We say education should be free for life for everyone, but that is not enough. That doesn’t deliver justice for those paying off loans for decades to come so the Greens would go even further.

“If you went to university under the coalition’s eye-watering amounts of £9,000 fees, the Greens will wipe that debt, no strings attached.”

A review commissioned by ex-PM Theresa May earlier this year recommended it being lowered to £7,500.

At the moment, students do not incur any upfront costs but have to start repaying their loans once their income is above a certain level, depending on when they graduated. They also have to pay interest on their loans of as much as 6%.

Ms Womack said the write-off made economic sense as the government would be cancelling billions of pounds of student debt anyway given that thousands of students would not repay the full amount owed by the 30-year cut-off point.

Citing a 2017 report by the Institute of Fiscal Studies, the Greens said if a future government started writing off outstanding student debt from the start of next year it would have “almost no effect” on government debt in the short term.

The party calculates the move would push up the UK’s debt by about £40bn by 2050, factoring in reduced future repayments from graduates but also the loans that the government would have written off anyway.

The IFS has said cancelling debt and scrapping tuition fees would benefit the highest earning graduates the most, with those earning below the repayment threshold – £26,575 for post-2012 students – gaining very little.

Scottish students currently get free university tuition in Scotland but those from England, Wales and Northern Ireland have to pay to study there – a policy which the SNP is committed to maintain.

Plaid Cymru has vowed to scrap tuition fees at Welsh universities for subjects of vital importance to the Welsh economy.