Could the US Contain a Coronavirus Outbreak? 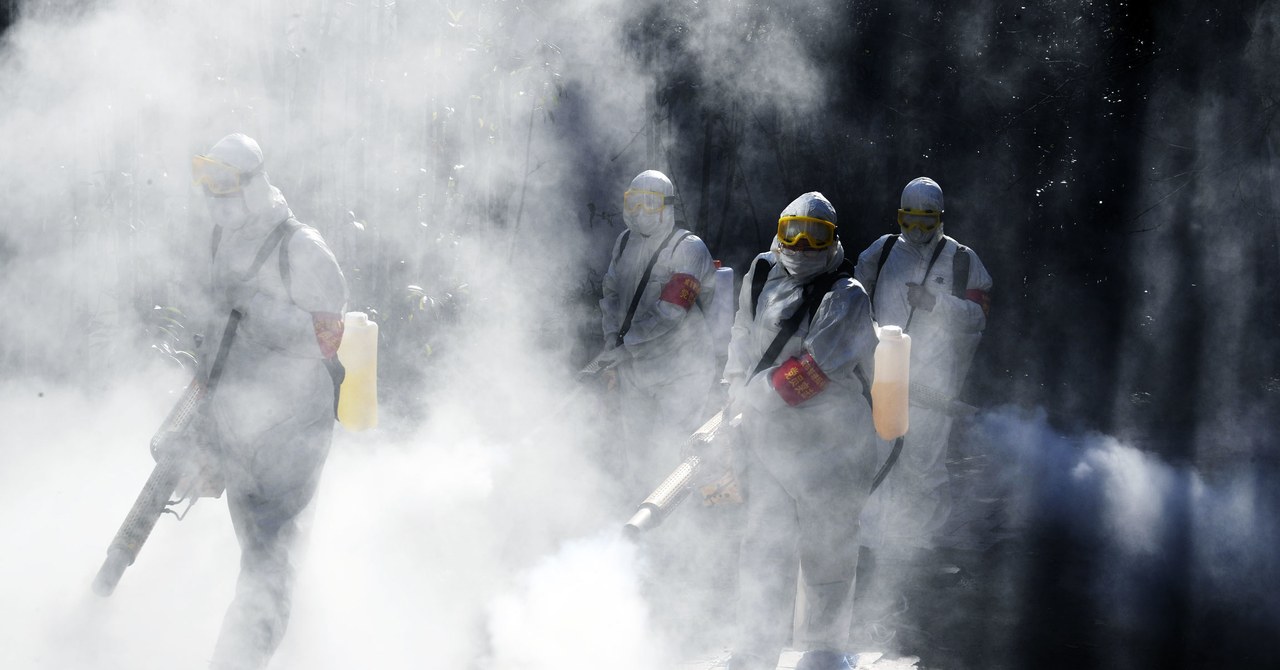 For weeks, the world has watched as China has taken increasingly extreme measures to try to slow the spread of a deadly new coronavirus that emerged there in December. As diagnoses of the disease, named Covid-19, exploded in late January, Chinese officials took the unprecedented step of locking down the regions of Hubei province at the center of the epidemic. Since then, tens of millions of people have been living under government-imposed quarantine, forced to stay in their homes or rounded up into makeshift field hospitals.

Disease-response experts in the US have puzzled over these escalating efforts—a public health playbook ripped from the era before drugs and vaccines (and air travel). There’s no evidence, they’ve said, that such large-scale quarantines will work. But now, a delegation of international experts dispatched to China to assess the effectiveness of its aggressive response has reached a different conclusion. And as new cases have surged outside of China in recent days, public health officials in the US are contemplating whether they’ll have to go to similar lengths.

What Is a Coronavirus?

The 2019 novel coronavirus is one of the seven members of this family known to infect humans.

After two weeks on the ground in China, a team sent by the World Health Organization determined that the epidemic there is now slowing, having peaked between January 23 and February 2. Since the WHO mission arrived two weeks ago, official case counts have fallen from 2,500 new infections per day to 416—an 80 percent decline. Led by Canadian epidemiologist Bruce Aylward, the team found that the measures imposed by Chinese officials—which relied primarily on quarantines, social distancing, and tracing known contacts of Covid-19 patients—may have saved hundreds of thousands of people from infection. “There’s no question that China’s bold approach to the rapid spread of this new respiratory pathogen has changed the course of what was a rapidly escalating—and continues to be a deadly—epidemic,” Aylward told reporters Monday at a press conference organized by the Chinese National Health Commission in Beijing.

Epidemiologists at Imperial College London and Hong Kong University have questioned the reliability of the Chinese government’s data that’s being used as evidence of a slowdown, citing recent changes to how individuals are officially diagnosed, testing kit shortages, and the potential for political corruption. There’s plenty of reason to doubt the official numbers—Chinese officials initially covered up the virus and arrested whistle-blowers who tried to expose the outbreak. Aylward acknowledged these concerns on Monday, but added: “The decline that we see is real.”

The team has presented a 45-page report to the WHO with recommendations about how China’s experience should inform future efforts to slow the spread of the new virus, Aylward said. The report has not yet been made public, but Aylward alluded to its contents during the press conference, suggesting that it’s time leaders in other nations think about employing similarly extreme tactics, instead of hoping experimental drugs and vaccines—which are still in development—will save the day. “People look at it and say, ‘That wouldn’t work here or there.’ But we have to work with what we have, and we have to work fast,” he said. “And what this country has demonstrated is this can work.”

Even if such draconian quarantine measures really do slow Covid-19’s spread, could countries without an authoritarian government and a collectivist culture pull them off?

Italy is already trying. Government officials there have quarantined citizens in 11 towns across the northern region of Lombardy, where an outbreak emerged suddenly over the weekend. On Tuesday, the number of confirmed cases had risen to 283 with seven deaths, said Angelo Borrelli, the head of the Civil Protection Agency and coordinator of the country’s coronavirus emergency response. It’s Europe’s first major outbreak of Covid-19, and the third worst in the world, after China and South Korea.

Scrambling to limit further spread, Italian officials on Sunday issued orders closing schools and museums, canceling sporting events and other large gatherings, suspending passenger and freight travel in and out of the region, and closing most businesses, with the exception of some pharmacies and grocery stores. About 50,000 residents remain under lockdown, unable to leave the newly established “red zone” for the next two weeks.

But public health law experts in the US say there’s no way such an aggressive regional quarantine could happen here. “A mass cordon sanitaire of the kind we’ve seen in China would be completely unthinkable in the US,” said Lawrence Gostin, a professor of global health law at Georgetown University. (“Cordon sanitaire” is a centuries-old French term for restricting the movement of people to prevent the spread of disease.)

For one thing, he says, it would probably be illegal. Quarantine laws in the US date back to the 1700s, during America’s colonial era, and most states have updated versions of those laws on the books, said Gostin, who wrote model legislation for many of these states’ public health and emergency health powers acts in the wake of 9/11 and the ensuing anthrax attacks. Those laws have limits; they only allow the government to involuntarily isolate people who are actively contagious and a danger to society. That’s why local public health departments only have the authority to order citizens to stay home if they are infected with certain dangerous diseases. New York City still quarantines people for tuberculosis, and Los Angeles has periodically enacted small-scale quarantines during measles outbreaks.

But a blanket quarantine of whole counties, cities, or even zip codes made up of mostly healthy people—like China and Italy have done—would amount to a mass and indiscriminate violation of Americans’ civil liberties, he argued. “No court would ever allow it,” added Gostin.

What about the possibility of an executive order from the White House ordering a quarantine? Gostin said that in a federalist system like the US, which prioritizes states’ rights, the lawfulness of such an order would depend on whether or not the state wished to have such a quarantine. “The federal government would be on weak legal grounds if it sought to enforce a state order against the state’s wishes,” he notes, but it would be on firmer turf if the state government had invited the help. “The bottom line is that states under the Constitution are sovereigns, and the federal government cannot force them to act or accept help. But the federal government can incentivize cooperation through funding, for example.”

The logistics of coercively quarantining an entire city or county would be another challenge. “If San Francisco’s mayor declared a quarantine tomorrow, do you know what most people’s response would be?” said Wendy Mariner, a professor of health law at Boston University. “To get the heck out of there.” Unlike in China, where intrusive surveillance and an authoritarian police presence enable large-scale social control, public health officials in America have to contend with a much less obedient (and much better armed) populace. “We have far more choice in rejecting government recommendations here in the US,” added Mariner.

What Mariner said is lacking from the quarantine conversation are policies that would make it possible for people to stay home voluntarily. In addition to making sure they had access to food, water, and medications, such a strategy would require some kind of government subsidy to cover lost pay for people who work minimum wage jobs and can’t telecommute. “Rather than leaping to the most coercive measures, we need to enable people to stay at home of their own volition."

On Tuesday, a top US health official urged the American public, for the first time, to begin preparing for “severe” disruption to their daily lives. Nancy Messonnier, director of the CDC’s National Center for Immunization and Respiratory Diseases, told reporters during a conference call that the agency now believes a sustained US outbreak of the coronavirus is likely inevitable. “The data over the last week showing the spread of Covid-19 in other countries has raised our concerns and raised the expectation that we are going to have community spread here,” she said.

In addition to Italy, South Korea, and Iran are both experiencing explosive new outbreaks, suggesting that the coronavirus is picking up steam elsewhere in the world, even as it slows down in China, where more than 77,000 people so far have gotten sick and 2,663 have died. In the US, 14 people who’ve traveled from China, or their close contacts, have so far been diagnosed. Another 43 US residents returning from other parts of the world have been infected and since repatriated and quarantined, Messonnier said. Most of them caught the virus onboard the ill-fated cruise ship Diamond Princess.

On Monday, the White House sent lawmakers a request for $2.5 billion in emergency funding that would pay to prepare for a potential coronavirus outbreak. The funds would also go to accelerating vaccine development and procuring equipment and supplies, a White House budget office spokeswoman told the Associated Press. Democrats in Congress have said it’s not enough, citing the need for expanding lab capacity, beefing up additional airport screening, and reimbursing the Pentagon, which is currently housing quarantined evacuees from China on several military bases.

Since the US Centers for Disease Control and Prevention began quarantining US citizens returning from Hubei earlier this month, nongovernmental groups have been chipping in. The American Red Cross has provided those individuals with support items, including blankets, snacks, and stuffed animals. A spokesperson for the organization declined to answer specifics about supporting additional quarantine efforts, telling WIRED only that it is closely monitoring the evolving situation and working with government agencies and state officials to determine what Red Cross support may be needed in the coming days and weeks.

Earlier this month, the US Food and Drug Administration fast-tracked a test developed by the CDC for diagnosing Covid-19. But technical issues with the kits have prevented their wide-scale rollout to the nation’s public health labs. As of Tuesday, only 12 labs in addition to CDC have testing capacity, said Messonnier. While there are currently no vaccines or drugs approved to treat Covid-19, researchers are moving swiftly to identify potential treatments, including a DARPA-backed search for protective antibodies that could be used for short-term protection by health care workers and the families of sick people.

According to Messonnier, the CDC is now evaluating non-pharmaceutical measures that could be employed to slow the spread of the virus. Potential interventions include environmental interventions such as surface cleaning and disinfecting, as well as more intrusive social distancing strategies like closing schools, canceling mass gatherings, and asking sick people to voluntarily stay home. She said the agency will be working with state and local public health departments to provide a tailored approach for different locations, depending on the circumstances.

In anticipation, Messonier asked citizens to start contacting their employers, health care networks, day care providers, and children’s schools about contingency plans in the event of an outbreak in their community. “I understand this whole situation may seem overwhelming, and the disruption to everyday life may be severe,” she said. “But these are the things that people need to start thinking about now.”