From Shady To Shameless: All The Ways States Are Suppressing The Vote In 2020 | Betches 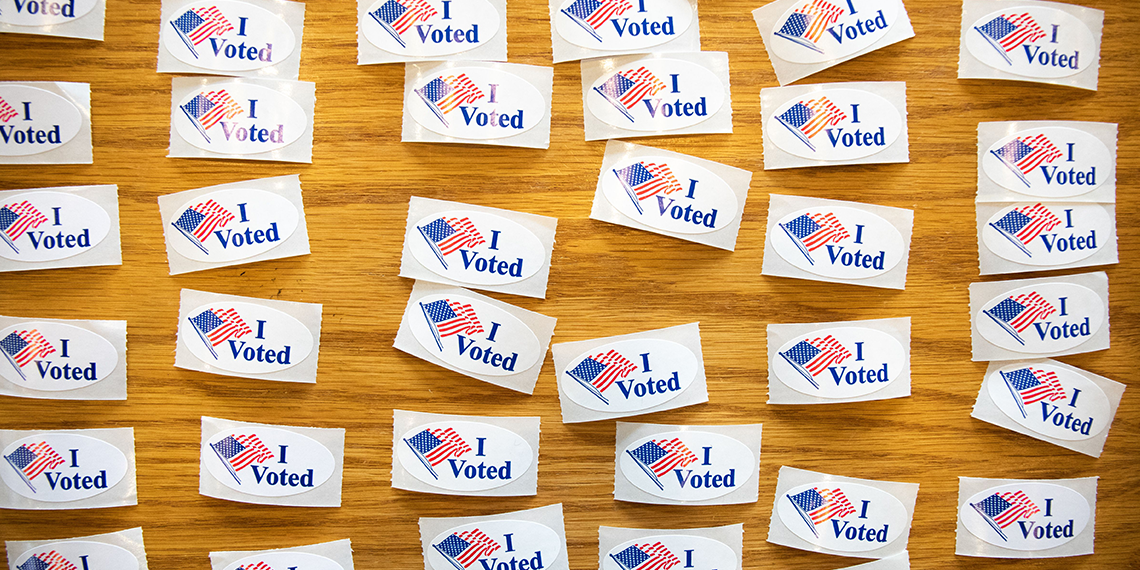 White feminism: that bitch that needs to sit down, stfu, and listen for a change.

Unfortunately, white feminism did not do this back when the suffrage movement pushed to secure [white] women’s right to vote. The 19th Amendment was ratified in 1920, and gave women the right to vote, which rules. What does not, in fact, rule, is that it did not secure the right to vote for women of color. It wasn’t until years later, when the Voting Rights Act passed in 1965 and prohibited racial discrimination in voting, did black men and women have more equal access to the franchise.

White women quite literally left women of color behind.

In fact, the 55th Anniversary of Bloody Sunday on March 7 commemorates the day when people of color attempted to march from Selma to Montgomery, Alabama, to peacefully demand their access to the ballot. They only made it 6 blocks to the Edmund Pettus Bridge, where cops attacked them with tear gas, clubs, and the like.

Where were the white women who wanted everyone to have the right to vote then? Susan…Carol…Karen…where you at?

As we celebrate the 100th anniversary of the suffrage movement and the 19th Amendment, let’s try to do so by also acknowledging its blind spots and honoring the ongoing issues we have yet and need to fix. Might be a cute thing for us to do for a change, no? In 2020, women may have the right to vote, but voter suppression is a very real thing and it — surprise, surprise — targets people of color (as well as people with disabilities and students).

In 2013, the Supreme Court struck down a provision in the Voting Rights Act that required nine states with a history of racial discrimination in voting to clear changes in their elections with the federal government. Since then, state governments have pursued efforts to disenfranchise voters who may question their claim to power.

White women: let’s put down our “Men Are Trash!!!” signs (don’t throw them away, babe, just put them down for now), and pick up our “White Women Have Privilege Too And If We Don’t Check It We Join The Trash” signs.

For starters, here’s a breakdown of how voter suppression works in this country, so you can stay educated and be aware of how you can vote to end this bullshit.

Let’s start with something as simple as the laws behind which types of identification you need in order to vote. Most states (36) require you to bring ID to the polls when you vote. Some states (7) have exceptionally strict ID laws, like requiring you have more than one government-issued ID in order to vote. Here’s the thing: over 21 million U.S. citizens do not have a government-issued photo ID.

Think about it: Access to official identification like that is a privilege. It often costs money to get an ID, and in some cases a lot of money. In 2018, obtaining a Missouri driver’s license cost $89.00. In many cases, you have to travel to go get the ID. That costs money (public transportation/gas). These things also require time. If you’ve ever been to the DMV, first of all, my deepest sympathies to you and your family, and second, you know very well how that experience can take up an entire fucking afternoon.

Time is also privilege, as working-class people are busy working and/or looking after their family without the help of childcare, and don’t have the ability to get time off to go and get an ID. Also, most homeless people can’t get IDs because they don’t have a permanent address.

And because of the cute lil’ rigged system white people have created in this country that keeps them on top, all of this disproportionally affects people of color.  Nationally, up to 25% of African-American citizens of voting age lack government-issued photo ID, compared to only 8% of whites, minority voters are questioned about their ID more than white voters, and specific laws like one in North Carolina that prohibits public assistance IDs and state employee ID cards, which are disproportionately held by Black voters, target minority voters. Capiche?

Moving on to the laws behind simply registering. Should be easy and fair, right? Think again, bitch! Some states have a cut off date for registering to vote, and unless you’re paying close attention, it’s easy to miss that date. Cut off dates only really made sense when you had to send your voter registration in by snail mail, so the state could get it in time of election day. Now, most states allow you to register online, so the cut off date is pretty pointless.

And for states that don’t have online registration…literally what are you doing? It’s 2020. Get online.

Politicians often use the concept of voter fraud to justify registration restrictions, but their claims lack any real evidence and are essentially fear-mongering. A recent study found that, since 2000, there were only 31 credible allegations of voter impersonation…that’s a v small amount. Yet politicians claim these documents are to “prove citizenship,” but really they are meant to stop people from voting.

Ugh, this bitch. We did an explainer on gerrymandering back in 2018, but for those of you who missed it, gerrymandering is when states redraw their district lines to manipulate the outcome of elections. Drawing district lines is meant to accurately represent population sizes and racial diversity, so y’all know bitches are using this to racially discriminate. This is America, after all.

Both parties are guilty of gerrymandering, but Republicans are more guilty of using racial discrimination to their advantage. And before we go and call Dems the heroes, this is mainly because Dems know we’re more popular among diverse voters.

Gerrymandering is a huge problem and a blatantly corrupt tactic that politicians continue to get away with. Fun!

Call me old fashioned, but I feel like we should leave the purging to the plot of the movie The Purge and keep it out of our voting system. But alas, voter purges are a process that take people off the voter registration lists if they have passed away, moved, been convicted of a felony, or haven’t voted in recent elections. I would say the last two are never a good enough reason to purge a voter, but what’s also messed up here is that the data the purges are based on is often wrong, so people are taken off the list for no reason, and don’t know about it until they show up to vote and are turned away.

For example, in the 2016 presidential primary, 200,000 names were improperly deleted from the voter roll in New York City.  And in June 2016, the Arkansas secretary of state provided a list suggesting that more than 7,700 names be removed from the rolls because of felony convictions, but turns out that roster was inaccurate af. It included people who had never been convicted of a felony, as well as people with past convictions whose voting rights had been restored.

According to a Brennan Center study, jurisdictions with higher a history of racial discrimination had significantly higher purge rates. Well, well, well, looky looky what we have here: voter suppression based on racism. Again.

Denying Felons the Right to Vote

Some states ban felons from voting while they are incarcerated, some while they’re on federal release, and some ban them from life. This is already messed up imo, as they are citizens of this country, but it’s even more ~fucked~ when you counter in the fact that they are still used in the census, and therefore used when creating district lines. Then you add in the fact that the criminal justice system is historically racist and disproportionally incarcerates Black and Latino men. In 2016, Black Americans comprised 27% of all individuals arrested in the United States — which is twice their share of the total population — and African-American adults are 5.9 times as likely to be incarcerated than whites, while Hispanics are 3.1 times as likely.

In Texas, Crystal Mason faces five years in prison for attempting to cast a provisional ballot in 2016 because she was never told the terms of her federal release barred her from doing so. Her vote was never even counted.

Crystal Mason is a Black woman, so it’s no surprise that her penalty is much more severe than those of white women, like Terri Lynn Rote, a white woman who just had to pay a $750 fine after purposely trying to cast a bad ballot for President Trump.

To top us off, there’s the fact that Election Day is most accessible to people without disabilities who work 9-5 jobs. For someone who works outside those hours, it’s harder to get to the polls.

Oh wow, look at this: across the country, counties with larger minority populations have fewer polling sites and poll workers per voter.

Essentially, all of this bullshit comes together to make a bullshit sandwich that feeds a system that sets people up for failure. And the people it wants to fail is specific: minorities. Because if everyone’s voices were heard, the power dynamics of our political system might start to shift, and all old white men in Congress might have to give some of their power and wealth up.

So, how do we change this? Somewhat ironically, by voting. Vote for lawmakers who make voter suppression a major talking point in their campaigns. Call your Senators and tell them these issues are important to you and they need to be important them too if they want your vote. Get involved and get the word out; remind people to register to vote before the deadline, encourage them to look up the voter ID laws in their state, offer people a ride to the polls. Show these mofos they can’t stop us from voting.

As part of our #KeepIt100 campaign marking 100 years since the first women voted, we’re donating 20% of the purchase price of each sale (excluding taxes or shipping) of Keep It 100 merch to the ACLU’s Voting Rights Project.