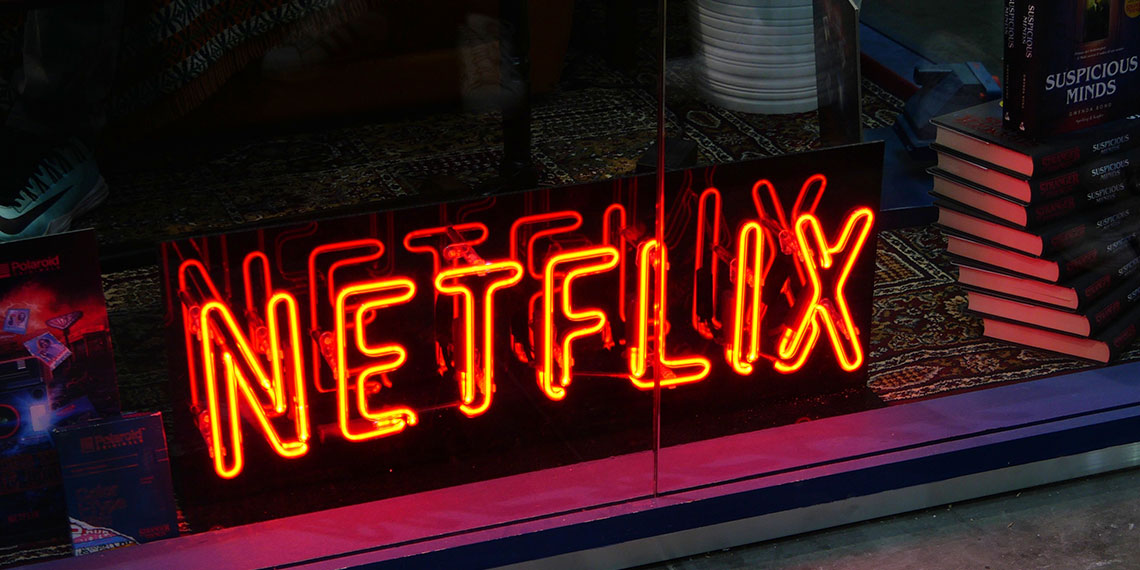 The only exciting part of March is the hope for a warm day and your potential drinking plans for St. Patrick’s Day (even though you aren’t even Irish). It’s kinda easy to hate March—it’s really just a filler month. Like, it’s not exactly spring yet, but everyone is so over winter (as if we were we ever into it). Sure, there’s March Madness, but that doesn’t even start until mid-March, and anyway, we know you’ll forget to check your bracket like, the day after you fill it out, and you only chose UCLA to win because you hooked up with a guy who went there one time.

But here’s something we can truly celebrate this March: binging all the new shows and movies on Netflix. From classic rom-coms to new seasons of our faves, there’s a lot in store for us this month on Netflix. Grab your weighted blanket, a bottle of wine, and your bag of SkinnyPop, and get ready to spend countless hours on your living room couch.

‘He’s Just Not That Into You’

Every woman is aware of the basic concept that if a man is not showing interest in you, he really, genuinely, does not have any interest in you. Seems easy in theory, but in practice, we’ve all been through the mental gymnastics that is trying to convince ourselves otherwise. I blame this disconnect on society and movies like this one, that claim to present a realistic take on how relationships actually work, when in reality, they just feed us more of the same bullsh*t like “you’re the exception, not the rule”. But whatever, still a good movie to watch on your couch with a bottle of red.

‘Life As We Know It’

This romantic comedy is the perfect lighthearted movie to watch while texting, even though the premise is slightly grim. Basically, rom-com royalty Katherine Heigl (Holly) and Josh Dumahel (Messer) are set up on a blind date by their married friends (which goes horribly). However, when their friends die in a car accident, Messer and Holly are named the guardians of their toddler and have to co-parent. Even though Messer is the stereotypical frat boy you hooked up with once in the Sig Chi basement and you wonder why he never calls, he ends up being Prince Charming, and we forget the douchey side of him even existed. Spoiler Alert: This doesn’t happen in real life.

No slumber party of any kind can ever live up to this. Four best friends on a scavenger hunt, which involves stealing a guy’s underwear, breaking into nightclubs, and—perhaps the most radical one of all, considering the girls in this movie are supposed to be in EIGHTH GRADE—hijacking one of their dads’ cars to finish all their tasks. All to secure the ever-coveted lunchroom spot next to the water fountain once they reach high school. Anyone who’s seen this movie can try and try, but your slumber “party” will always end up being you and a friend eating way too many chocolate chip cookies, crying to a rom-com, and passing out by 11pm. If you manage to replicate this movie in real life, please give me a call.

Without giving away too much, The Shawshank Redemption is about banker Andy Dufresne (Tom Hanks), who was sentenced to life in prison after being wrongfully convicted for the murder of his wife and her lover. While in prison, he befriends Red (Morgan Freeman), who teaches him about life and prison. Morgan Freeman and Tom Hanks? Like are you kidding me? It cannot get better. If you haven’t seen it, make sure you have nothing planned besides the movie for the day. You will need 24 hours to absorb it all.

This is one of those movies that follows like a million different storylines, and they’re all sort of connected at the end and your mind is blown. Valentine’s Day compiles the stories of a bunch of different couples and how they celebrate the day, from planning a proposal to planning to lose their virginity to planning an “I Hate Valentine’s Day” party. Mark me as attending for that one. Okay, so I love this movie, mostly because every beautiful person at the end of the 2000s is in it, and also Taylor Swift for some reason.

Anything directed by Seth Rogen is bound to be hysterical, so you def won’t be disappointed watching this. The Interview is about two guys who run a celebrity tabloid show—and the show’s biggest fan is North Korean dictator Kim Jong-Un. The CIA hears of their plans to travel to North Korea to interview him, and recruits the two to assassinate him instead. Remember when real-life Kim Jong-Un was pissed about this movie? Lol, good times.

‘Ghosts of Girlfriends Past’

Serial womanizer Connor Mead (Matthew McConaughey) attends his brother’s wedding and basically convinces his brother not to get married.  But after he is visited by his dead uncle, who tells him that he is wrong about women and relationships, Connor has a transformation and has to save the wedding. Not before he is haunted by all his ex-girlfriends, who come to teach him a lesson, of course. Wow, that’s literally like my dream. *Presses play*

Chef David Chang (who runs the Momofuku restaurants) travels around the world tasting the best, but maybe not best-looking, food from different cultures and explores how it evolves. Think cooking show-meets-history-meets-mouthwatering meals. Chang usually brings some celebrities along with him, and season 2 features some of my faves, Nick Kroll and Padma Lakshmi. Make sure you have your delivery ready before diving in.

It might be just another show navigating the horrors of high school, but On My Block is one of our faves for its diverse cast and its ability to make us laugh and cry in the same episode. And it’s back for season 3. If you’re into teen drama and danger, get started catching up before starting season 3. If you’ve already binged, then I know you’re just as excited as I am to find out who kidnapped Jamal, Ruby, Cesar, and Monse in the literal last second of season 2. I have been on the edge of my seat for an entire year.

Guess what? Another teen drama series. Elite is like the Gossip Girl of Madrid, Spain, and it is just as scandalous and unbelievable. High schoolers wear cute uniforms and designer dresses to parties and clubs, which they attend on weekdays like it’s NBD. There’s a murder. A pregnancy scandal. Drug dealers. Steamy hookups. Elite has it all. If you want to brush up on your high school Spanish, this is the one for you (and you will learn all the slang, too). Even if you don’t know Spanish, there are subtitles, and I promise you will be obsessed.

After their mother dies in an astronaut accident (as one does), siblings Alex and Hayley Woods enroll at a private boarding school for gifted future leaders. The siblings become rivals when they join two competing houses at the school, which gives me major Harry Potter vibes. However, when they discover a plot to destroy the world, the two houses have to work together. Let’s not forget that these heroes still have to deal with the trials and tribulations of high school. What could go wrong?

Jason Bateman (Martin “Marty” Byrde) stars in this crime series, which begins when Marty has to move his family from the suburbs in Chicago to the Ozarks in Missouri in order to grow his money-laundering scheme, but soon gets involved with local crime groups there. Ok, yes please. This is everything you’re looking for in a suspenseful show. The show is fiction, but I know all you true crime fans will be all for this. I’m sure the third season will include just as many deaths and shady characters as the first two, and I’m already binging.

‘Self-Made: Inspired by the Life of Madam C.J. Walker’

This new series is about to be epic. Self-Made is based on the novel On Her Own Ground, by A’Lelia Bundles, and tells the story of Madam C. J. Walker. She rose from poverty to become the first American woman to be a self-made millionaire by creating specialized hair products for African American hair care. This is the perfect watch during Women’s History Month, and I can’t wait to watch Octavia Spencer kill this role.

Now, here comes the sad part. Here are the movies and shows leaving Netflix this month: The Lord of the Rings: Return of the King, The Lord of the Rings: The Two Towers , P.S. I Love You ,The Dark Knight, New York Minute, Hairspray, Charlie’s Angels: Full Throttle, Charlie’s Angels, A Wrinkle in Time, Eat Pray Love, Men in Black, Men in Black 2, and Black Panther (which is now on Disney+). Sad!