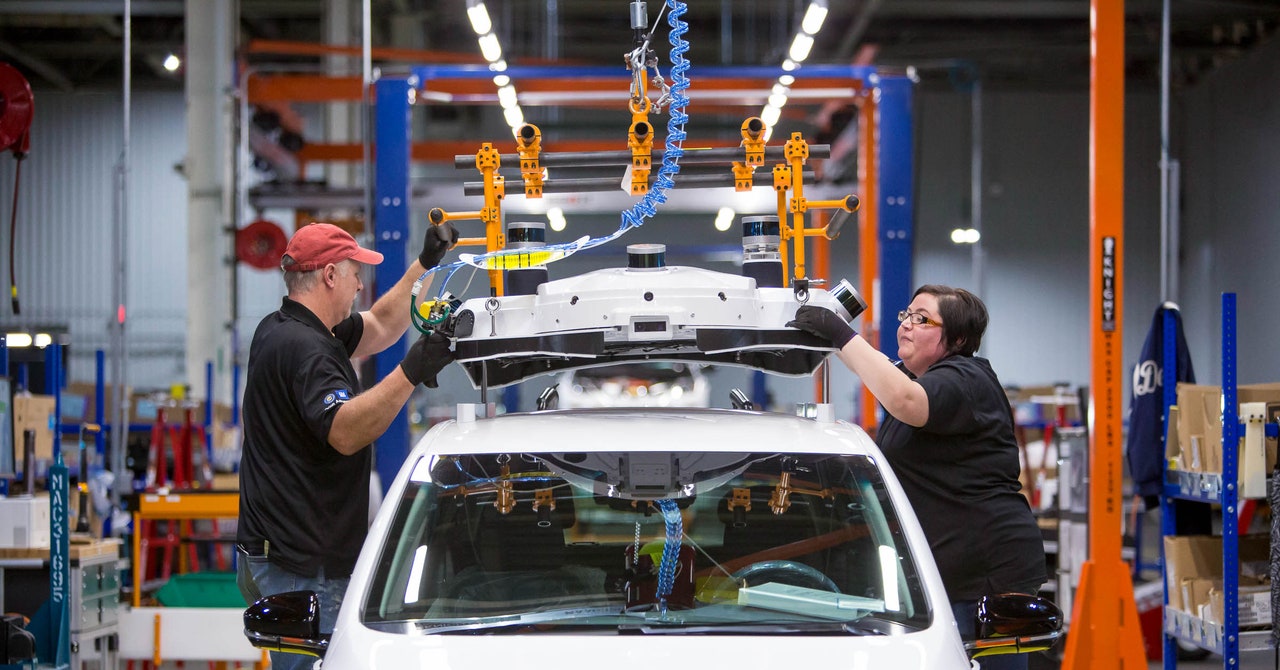 The pandemic’s effect on automakers has already been massive. After the virus appeared in China, auto sales there fell 80 percent last month. Globally, the industry has canceled large events—the Geneva Motor Show this month, New York’s equivalent next month—for fear of spreading the virus. European carmakers began temporary factory closures last week amid health concerns for their employees, falling demand, and severe disruptions to manufacturing supply chains, which often include China. And now the US industry is shuttered as well.

Navigant Research principal analyst Sam Abuelsamid had anticipated the shutdown of the US industry in a Twitter post Tuesday night. The decision to close is in line with industry protocols enacted after the 2008 bankruptcies, he said, which give the companies more flexibility to manage production and inventories to deal with declines in demand. “No one will want to be sitting on excess inventory if this situation drags on,” he said.

Closing factories, whether temporary or indefinite, is just the start of the industry’s woes, says Peter Nagle, automotive industry analyst for IHS Markit. The falling stock market will hurt consumer confidence, which will be further hurt by lost paychecks and declining home prices, he predicts. He expects to see some sort of stimulus program come from Washington, the shape of which is still under debate, “but anything that's going to be proposed is likely going to be too small to offset the US trajectory this year,” he adds. “The ground is shifting beneath our feet.”

Currently, IHS anticipates US car sales this year will decline to 15.4 million vehicles, from 16.5 million a year ago. But that estimate predates Wednesday’s closures, and Nagle acknowledges it likely will decline further.

Still, Navigant’s Abuelsamid thinks that the automotive industry is better positioned to weather the downturn than the airline industry. “Compared to 2008, they are generally in a much better situation financially,” he says. “They mostly have a reasonable cash balance, and the Detroit automakers in particular have done a lot of restructuring, including buying out a lot of older white-collar employees as they try to shift toward new skill sets to support electrification, automation, and mobility.”

Whatever the immediate impacts, both analysts agree that the crisis is very likely to cause carmakers to revisit their manufacturing strategies, especially their previously aggressive slates of new offerings. And that could be especially bad news for electric vehicles.

The EV market is particularly vulnerable in the current crisis. Partly that’s due to its relative youth and its dependence on global sourcing for its core technology, the batteries. Electric vehicles have already been a tough sell among average consumers. The unveiling last fall of Ford’s Mustang-inspired Mach-E electric crossover was a big hit, and the segment’s market has been growing slowly thanks in large part to enthusiastic early adopters. But the share remains small—it was 2.2 percent in 2019—and plummeting oil prices, coupled with whatever the pandemic may bring, could keep potential EV buyers on the side of internal combustion vehicles for a while. EV leader Tesla alone has seen its stock value cut by more than half in the past month, due to a mix of demand fears and links to Chinese supplier shutdowns.

Electric vehicles, which are more expensive than their gas-powered and hybrid counterparts, also could suffer if consumers become more tight-fisted. “There remains a significant price premium for an EV compared to an internal-combustion vehicle, and cheap gas only extends the payback time,” Abuelsamid says. The hybrid Kia Niro, he notes, starts at $23,000 for the base model and gets 50 mpg. The 240-mile range Niro electric costs $31,000 after the federal tax credit. At the current national average gas price of $2.25 gallon (and given the electricity costs of powering the electric Niro), he says, it would take 80 years to recover the $8,000 premium from energy savings alone.

Of course, fuel prices could soar yet again, but for now this is our future. Under these conditions, Abuelsamid says, a recession could force lots of consumers to eat up savings and shift any automotive spending to used cars or even hybrids rather than to the more expensive EVs. If the recovery in aviation is slow, demand for fossil fuels would remain depressed and gas prices could stay low for an extended period of time, further dampening demand for EVs.

Regulations are a wild card for EV sales, Nagle says. While more stringent emissions rules in the European Union and China might buoy sales there of EVs, the fairly modest support for electrics in the US—mostly in the form of federal and state tax credits—may not be enough to overcome the headwinds they face from higher costs and low gas prices, he says.

Plus: How can I avoid catching it? Is Covid-19 more deadly than the flu? Our in-house Know-It-Alls answer your questions.

She also notes that interest in autonomous vehicles—closely linked with electric vehicle development—has accelerated in China in just the last few months, as manufacturers look for driverless delivery systems that would be useful in pandemic situations. If those systems take hold, EVs could benefit.

There’s still another factor that could boost EV sales once the crisis ends: the environmental benefits. These have become obvious with plummeting fossil fuel use, and in both China and Italy pollution levels have dropped significantly since the quarantines have gone into effect. Whether that benefit sticks, of course, will depend entirely on whether citizens—and their leaders—get that message.